A deadly mudflow has hit the town of Kadamjay, Kadamjay District of Batken Region, southern Kyrgyzstan on May 27, 2016, claiming lives of at least 5 people. Several people are reportedly missing.

Torrential rainfall was affecting the entire Kyrgyzstan, and neighboring Kazakhstan, over the last couple of days causing floods and mudflows. Deadly mudflow that hit Kadamjay on May 27 flooded houses, uprooted trees and washed away water pipes leaving the town of 15 000 without the water supply. According to eyewitnesses, the water level in the river that runs trough the town rose by several meters, partially destroying roads. The Turmush (AKIpress) said the height of the flow was 6 to 7 meters (up to 23 feet). 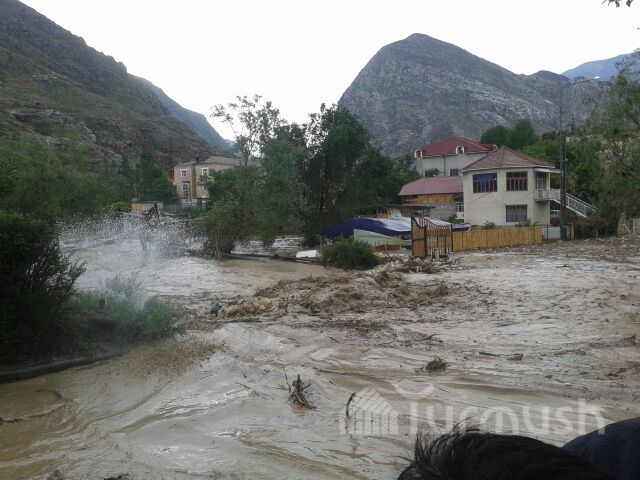 According to the press release published by the Kyrgyzstan's Ministry of Emergency Situations, 6 people got trapped in their car around 09:30 UTC (15:30 local time) in Zhiydelik, a local recreational area, on the Osh-Aidarken road in Kadamjay District. Only one passenger was rescued.

A report published by Turmush on May 28 said that a few people with various injuries were taken to the hospital and that emergency services are still searching for several missing people. 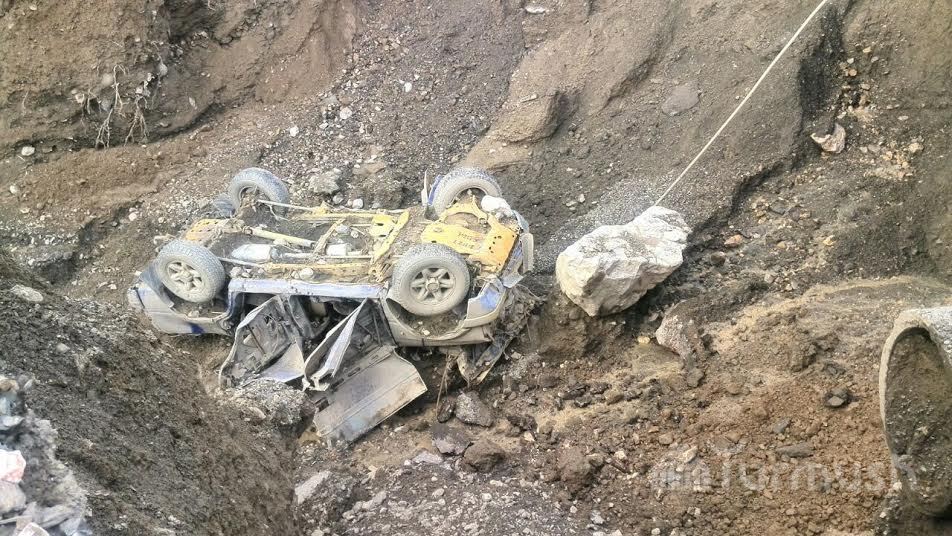 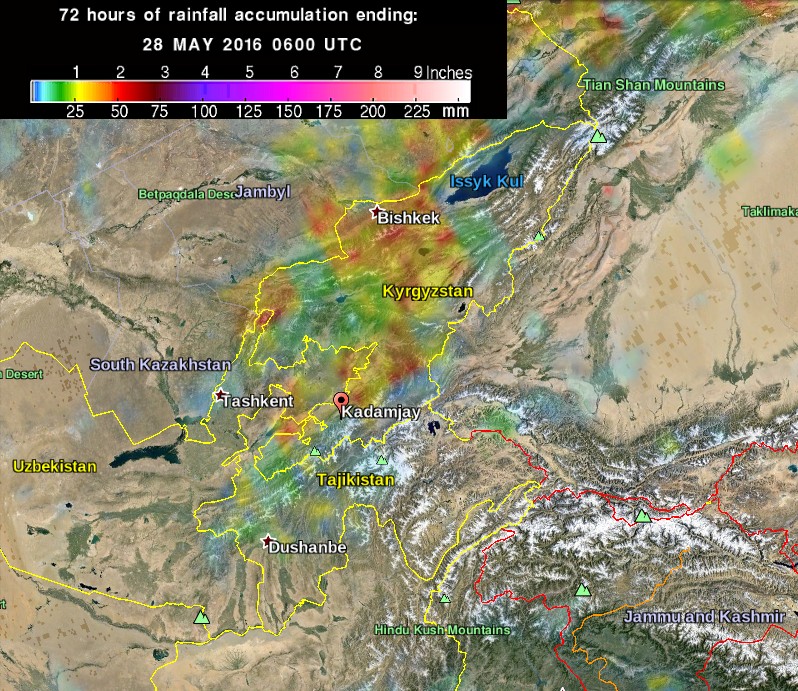 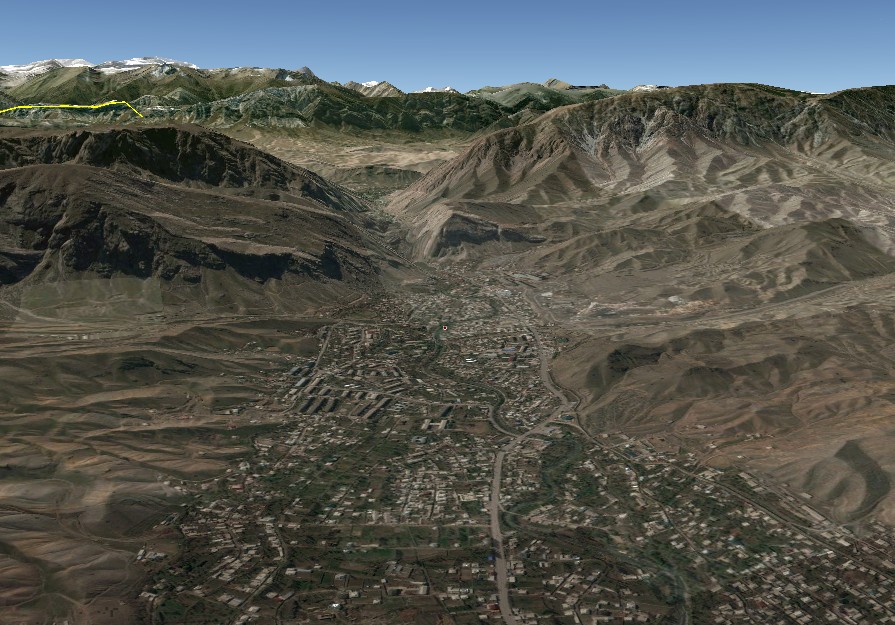 Another mudflow was reported in Osh city, 100 km (62 miles) NNE of Kadamjay, on May 23. About ten houses and other buildings have been flooded. There were no reports of injuries.

Photos of the mudflow rushing through the town of Kadamjay can be found here. Photos of the car in which 5 people lost their lives are here; photos of vehicles buried under the debris flow are here.