Research results of the new study indicate the rapid reversals of Earth's magnetic field which occurred about 550 million years ago is responsible for destroying a huge portion of the ozone layer. This destruction has, in turn, allowed a higher concentration of ultraviolet radiation into our atmosphere, which proved fatal to the life forms of the Ediacaran Period. As a result, an evolutionary flight after the widespread extinction had triggered the Cambrian explosion of more complex animal groups.

The so-called Ediacaran Period, from about 635 to 541 million years ago, ended in a massive extinction, named the Kotlinian Crisis. Large, unusual soft-bodied creatures, up to 1 m (3.3 feet) in size, resided on or inside the shallow horizontal burrows, underneath a thick mass of bacteria which coated the seafloor, and acted as a barrier between the top water layer and the sedimented area at the bottom. 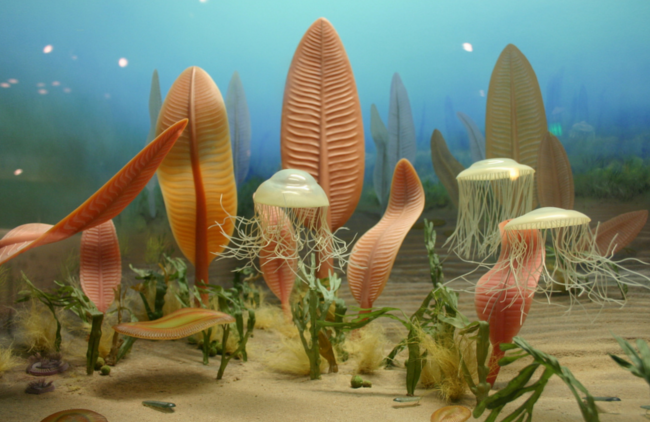 After the extinction, the Cambrian explosion followed, and, new, more complex, species evolved. The bacteria, which prevented the oxygen from reaching under the seafloor during the Ediacaran were broken down, and the seabed had become inhabitable.

The cause of the Cambrian explosion was a matter of numerous debates among the scientists. Some explanations relied on the rising levels of oxygen that could have allowed more complex organisms to develop, due to the photosynthesis process. Other reasons included the rise in carnivorous species and new predatory tactics, and the breakup of the Rodinia supercontinent. 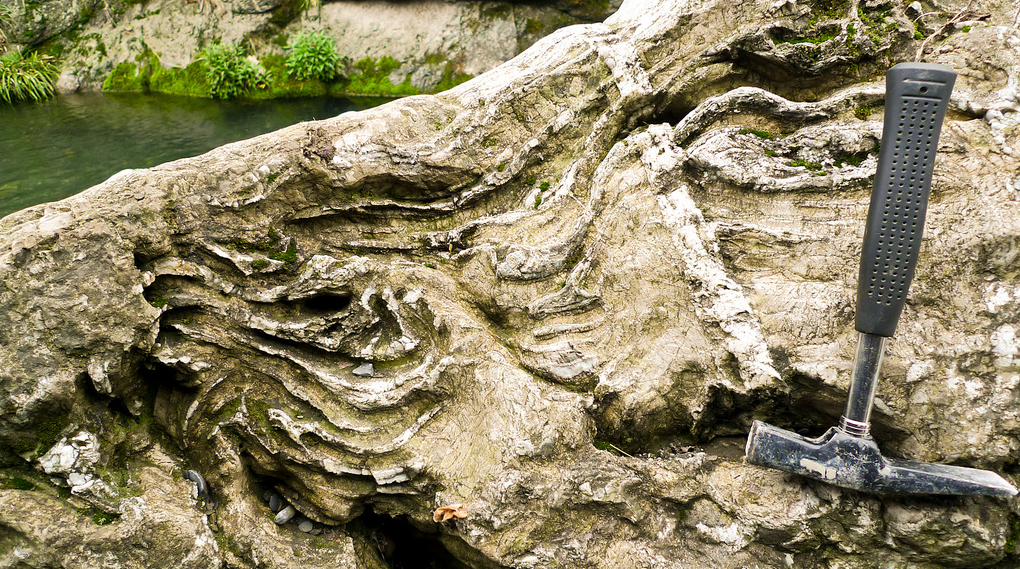 Geologist Joseph Meert from the University of Florida in Gainesville, along with his colleagues have suggested these steps in the evolution are connected to rapid reversals in the direction of Earth's magnetic field. This reversal, where magnetic north and south pole switch places, occurs approximately every million years.

However, the team considers these reversals were more frequent during the Ediacaran Period. Researchers have studied magnetic records, preserved in the 550 million-year-old sedimentary rocks in the Ural Mountains in western Russia, and found the evidence of the reversal rate being 20 times faster than today: "Earth;s magnetic field underwent a period of hyperactive reversals," Meert said.

During that time, more high-energy particles would penetrate the planet's upper atmosphere, thus, breaking down the ozone layer. Between 20 to 40% of ozone could have been destroyed, and this would, in turn, double the amount of UV radiation that reached Earth's surface: In such an environment, organisms capable of escaping the radiation would be favored. 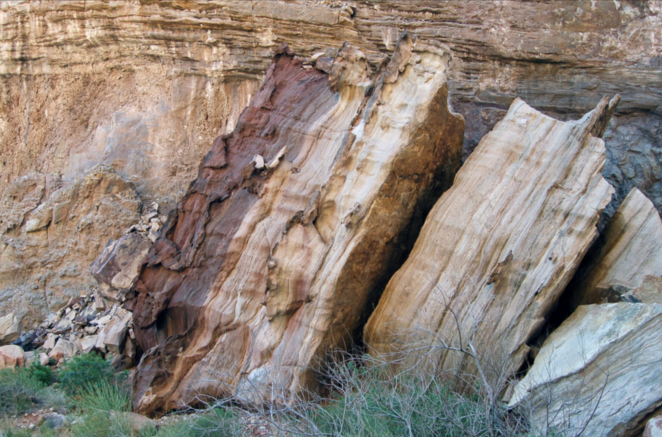 Deposited about 525 million years ago during the Early Cambrian Period, this layer is composed of tan and red sandstone and conglomerate. It forms cliffs in the Grand Canyon’s profile. The depositional environment was similar to a modern-day river delta, a beach-like shoreline with small river channels. Many trace fossils have been found in this formation. Image credit: Grandy Canyon National Park (Flickr-CC) 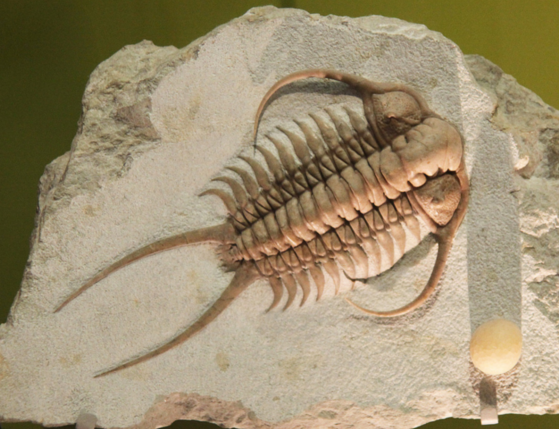 Many evolutionary changes that occurred during that era could be explained in this way. Creatures that possessed more complex eye structure, capable of sensing the light, could seek shelter from the radiation by migrating into deeper waters during the daytime. Also, the growth of hard-coating and shells, and the capability to burrow deeper into the seafloor would provide the organisms with additional UV protection.

The development of shells could help other creatures colonize intertidal areas, which are protected from the UV radiation and strong waves, and are at a lower risk of dying out. The upper seafloor would also become inhabitable after the bacterial layers were broken down by early burrowing.

"The authors have opened up yet another exciting and imaginative area of research within which to frame and test new hypotheses for the origin and early evolution of animal-based communities," said David Harper, a paleontologist at Durham University, UK, not involved in the research.

However, others, such as geobiologist Joseph Kirschvink of the California Institute of Technology in Pasadena, contradict the idea, claiming the effect of the UV radiation on the evolution of life should be limited, because the radiation couldn't reach and damage the germ line, the cells of the body used in sexual reproduction to pass genetic information to offspring, but would only affect the outer skin.

The next step in the research will be to examine other Ediacaran sediments to verify the rapid reversals' signal and gather additional biological and chemical evidence for high doses of UV radiation kept in the fossil record.

Leave a Reply to One Thought Cancel reply