An increased activity of cosmic rays has been observed around the Arctic Circle by the neutron monitors during the last year. The same trend was also noted in an independent measurement project carried out by the Spaceweather.com and the students of Earth to Sky Calculus over California. The experts think these changes are closely related to a drop in solar activity, as we enter another Solar Minimum.

According to the measurements conducted by the Spaceweather.com team, flying back and forth across the continental USA only once, can absorb an amount of ionizing cosmic radiation equivalent to 2 or 5 dental X-rays. More to the point, the cosmic rays can affect mountain climbers, high-altitude drones and astronauts onboard the International Space Station in the same manner. 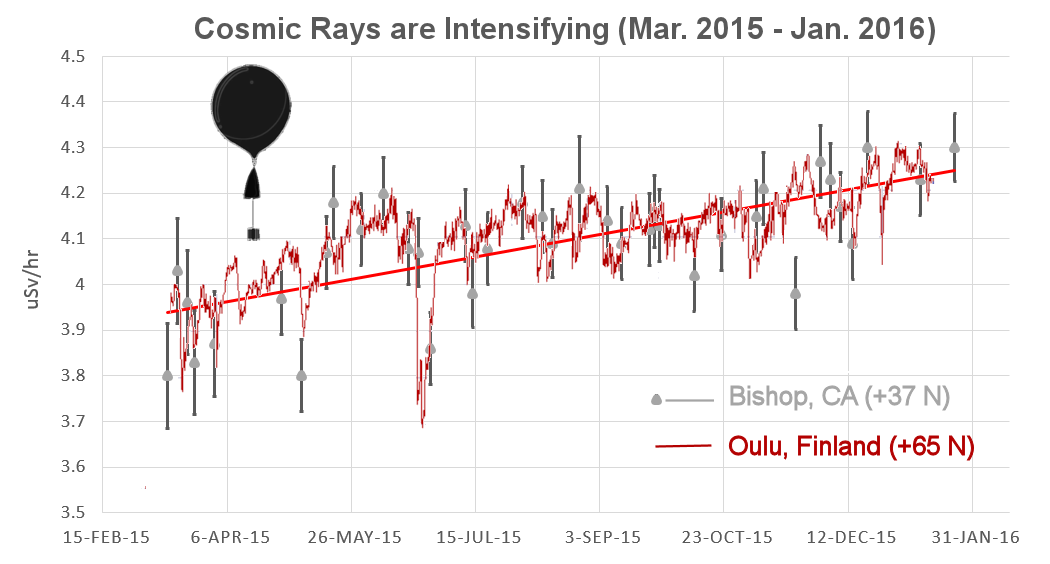 To measure the radiation, the students have been launching helium balloons into the stratosphere, as a part of the monitoring project. The obtained results showed an excellent match with measurements conducted in polar latitudes.

In general, the polar latitudes are highly suitable for performing such measurements, because the cosmic radiation is concentrated there due to Earth's magnetic field configuration. However, it turns out that cosmic rays are not intensifying only over the poles of our planet, but also over lower latitudes, where the magnetic field is stronger and shields against deep space radiation more efficiently, as well. An example for this is the measurement project carried over California.

The gamma and X-ray measurement results in the plot above are marked in red for the University of Oulu Cosmic Ray Station while gray markers are used for the data collected over California. The obvious agreement between the two datasets shows the increased activity of cosmic rays is also present over lower latitudes of our planet. 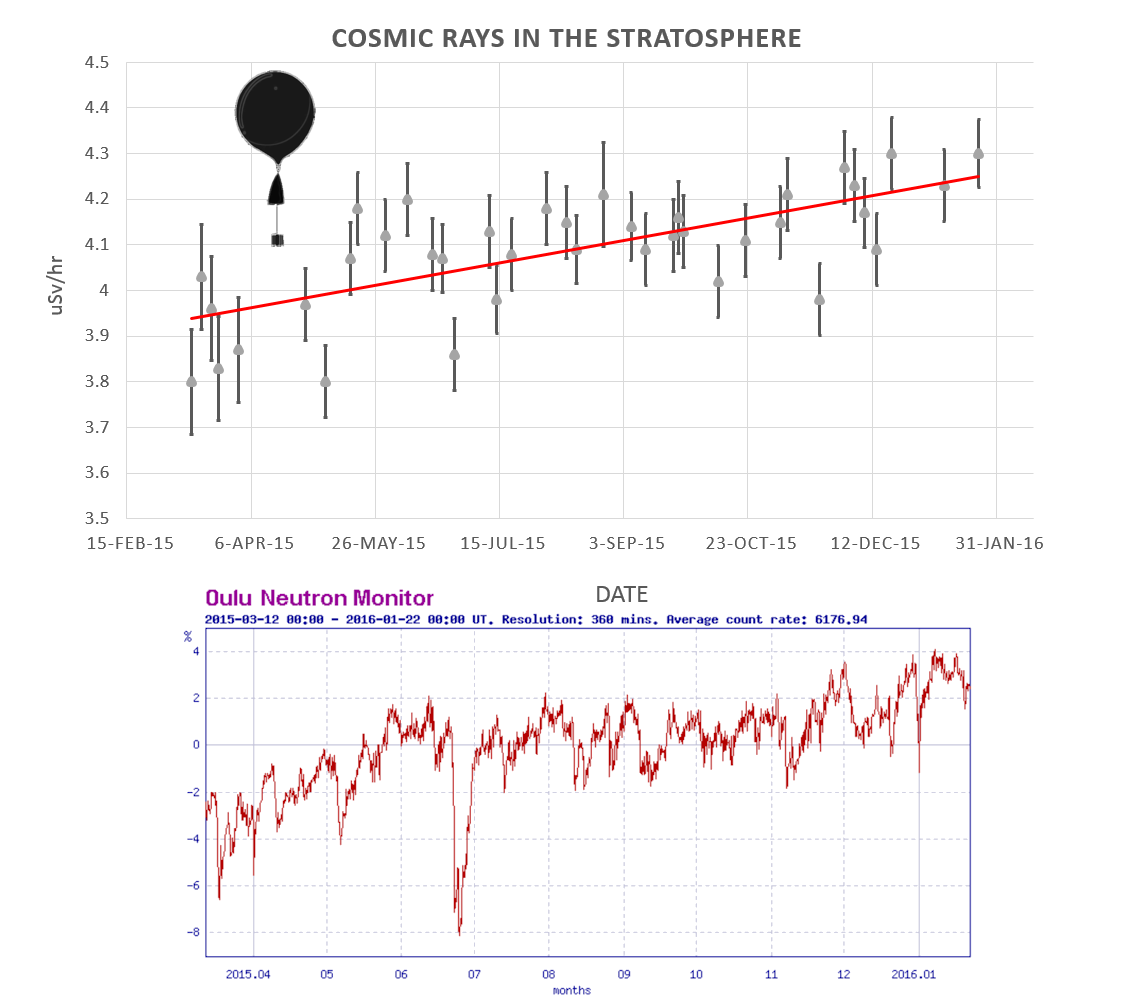 The conclusion arising from this behavior is that the current heightened cosmic ray intensity is most likely due to a decline in the solar cycle, as we are heading toward another solar minimum. The space weather forecasters expect the solar activity to drop significantly over the next couple of years, and the cosmic ray intensity should rise correspondingly.

The cosmic ray research of Earth to Sky Calculus is 100% crowd-funded. For more information, visit SpaceWeather.com.