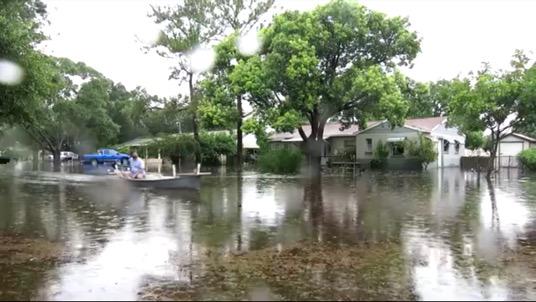 Heavy rainfall which was continually falling across Tampa, Florida, since July 20, 2015, has caused severe flooding in the area. 40 people were evacuated from their mobile homes in Sherwood Forest RV and Caledesi Travel Trailer Park, on August 3, as the water levels varied between 91.4 and 122 cm (3 and 4 feet). The Pasco County Sheriff's Office described the situation as the worst flood in the last 65 years.

Torrential rainfalls during the last two weeks were reported to bring over 15.2 cm (half a foot) of water to some areas, closing down about 50 roads in the region. On a few days during this intensive rainfall period, between 50.8 and 76.2 mm (2 and 3 inches) of rain was reported to have fallen. The amount of recorded precipitation rose to about 102 mm (4 inches) of rain, on Saturday, August 1 and Sunday, August 2. 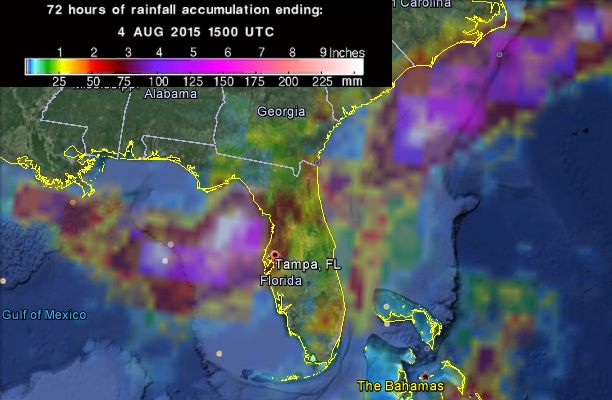 Additional 50.8 mm (2 inches) were reported to fall until Monday, August 3, when the flood warning was in effect for the area until 20:30 UTC. By early Monday morning, Tampa has measured over 203 mm (8 inches) of rainfall more than during the entire average month of August, according to the Weather Channel.

Over 36 people were saved by the rescue workers from the flood related incidents. Almost 102 mm (4 inches) of rain was recorded within a 24 hour period at the Tampa International Airport on Monday, causing numerous flight cancelations.

The National Hurricane Center said there is 10 percent chance for the current weak low pressure area to turn into a tropical storm. The Weather Service forecasted the worst of the weather should pass away by Tuesday, August 4.