​​Tremors were felt across Sabah state, including Ranau and state capital of Kota Kinabalu.

Police in Ranau (12 km from epicenter) said the earthquake lasted around 30 seconds, breaking windows in several shops and a water tank pipeline. 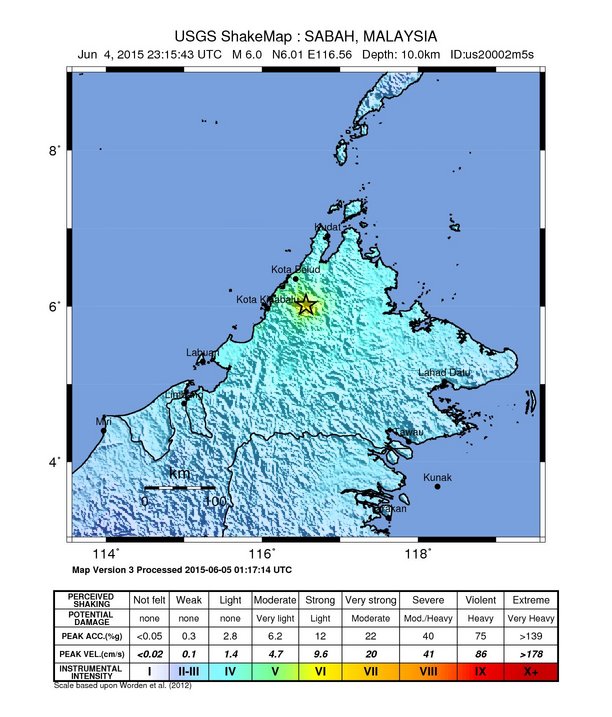 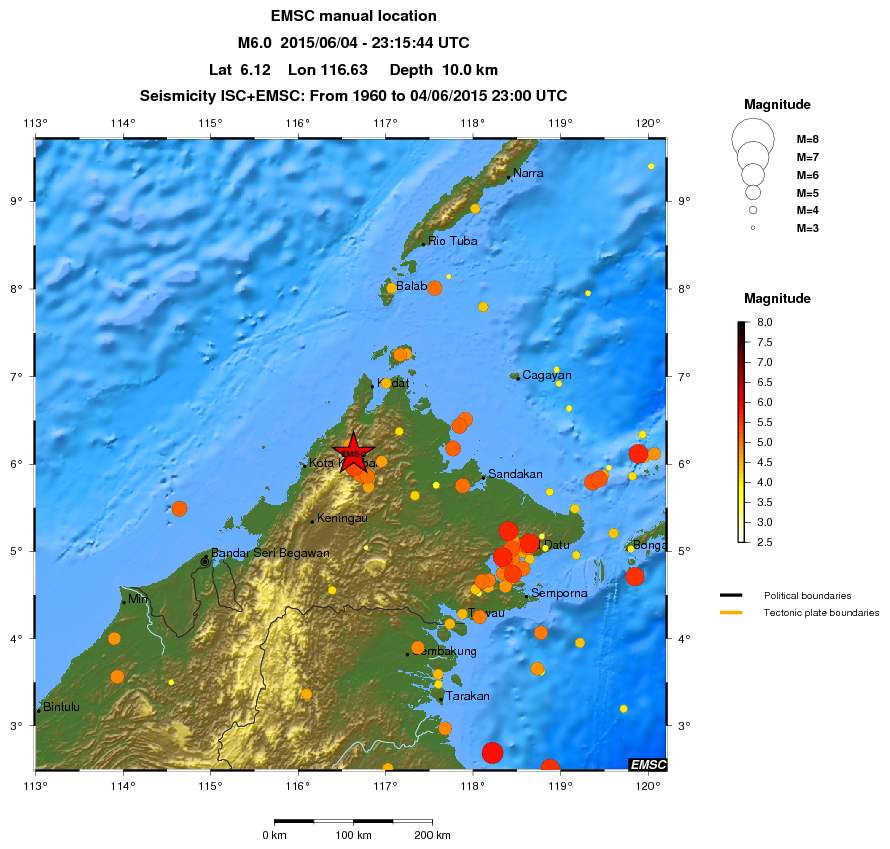 USGS issued green alert for shaking-related fatalities and economic losses. There is a low likelihood of casualties and damage.​

"Whilst not being large, this earthquake appears to have been responsible for at least some landslide activity," Dave Petley of The Landslide Blog writes.

"The clearest reports at the moment are from Mount Kinabalu, which is a popular trekking/climbing route," Petley said.

IBT Times is reporting there are fears that landslides on Mount Kinabalu claimed lives of 5 people. The quake caused huge boulders and rocks to roll down the mountain as the climbers were descending.

The Sabah Fire and Rescue Department confirmed information that 195 foreign and local climbers and 43 guides were stranded on the mountain, and says it is still trying to make contact with some of the guides, The Malaysian Insider reports.

"Information from other guides put the number of those unaccounted for at 89, with the possibility of some climbers trapped and injured. The department said it was continuously checking and updating information on those stranded."

Photos from those living near popular tourist site, Mount Kinabalu, close to where the quake struck #Sabah #quake pic.twitter.com/Ts5AAngg4a