Wolf volcano lies on the northern tip of the uninhabited Isabela Island, the largest in the archipelago and this is its first eruption since August/September 1982.

AP reports the eruption is threatening a fragile ecosystem that inspired Charles Darwin's theory of evolution.

Authorities say lava flowing in the southwest direction for now poses no risk to the world's only population of pink iguanas, which live on the island's northwest tip. 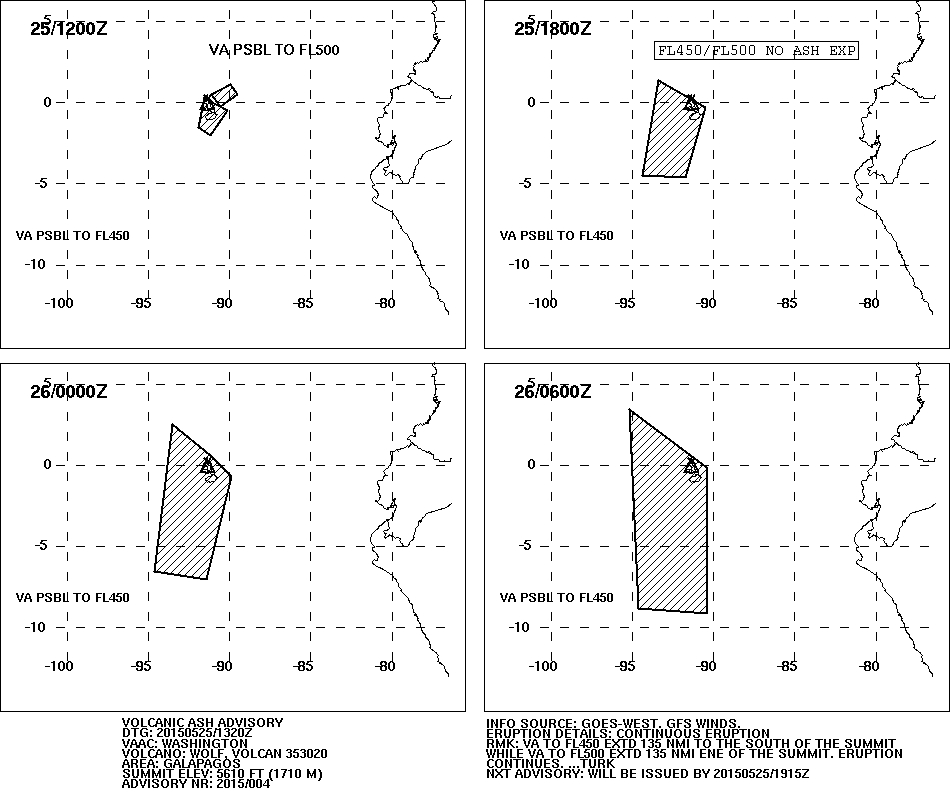 Wolf, the highest volcano of the Galápagos Islands, straddles the equator at the north end of the archipelago's largest island, Isabela. The 1710-m-high edifice has steeper slopes than most other Isabela volcanoes, reaching angles up to 35 degrees. A 6 x 7 km caldera, at 700 m one of the deepest of the Galápagos Islands, is located at the summit. A prominent bench on the west side of the caldera rises 450 above the caldera floor, much of which is covered by a lava flow erupted in 1982.

Radial fissures concentrated along diffuse rift zones extend down the north, NW, and SE flanks, and submarine vents lie beyond the north and NW fissures. Similar unvegetated flows originating from a circumferential chain of spatter and scoria cones on the eastern caldera rim drape the forested flanks to the sea. The proportion of aa lava flows at Volcán Wolf exceeds that of other Galápagos volcanoes. An eruption in in 1797 was the first documented historical eruption in the Galápagos Islands. (GVP)