One person died as a result of an earthquake-related fire in Xinzhuang District, a Taipei suburb, The Associated Press reported. An electrical transformer exploded due to the earthquake and caused the fire, officials said.

In the neighboring Shulin District, a road was flooded because of a burst water pipe, CNA reports. 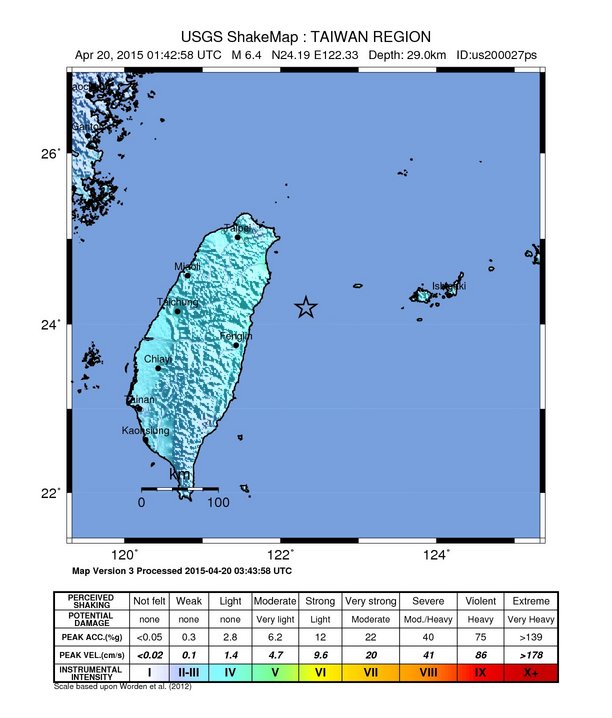 Based on all available data, there was no tsunami threat from this earthquake, PTWC said. JMA issued a brief 1-meter tsunami warning for the Okinawa island chain. 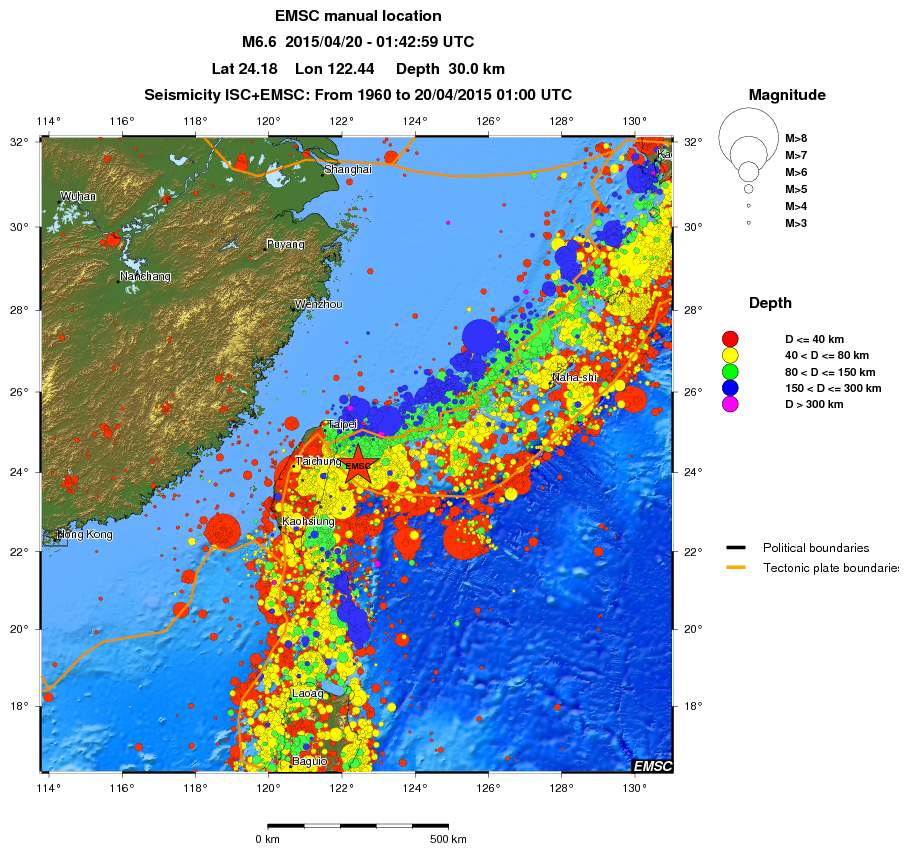