Ash fall completely covered nearby villages and has reportedly reached the city of Aceh, 250 km to the northwest.

CultureVolcan reports there were 7 different large pyroclastic flows which reached some 3 500 m, others reached 4 500 m.

Forests south of the volcano are on fire. 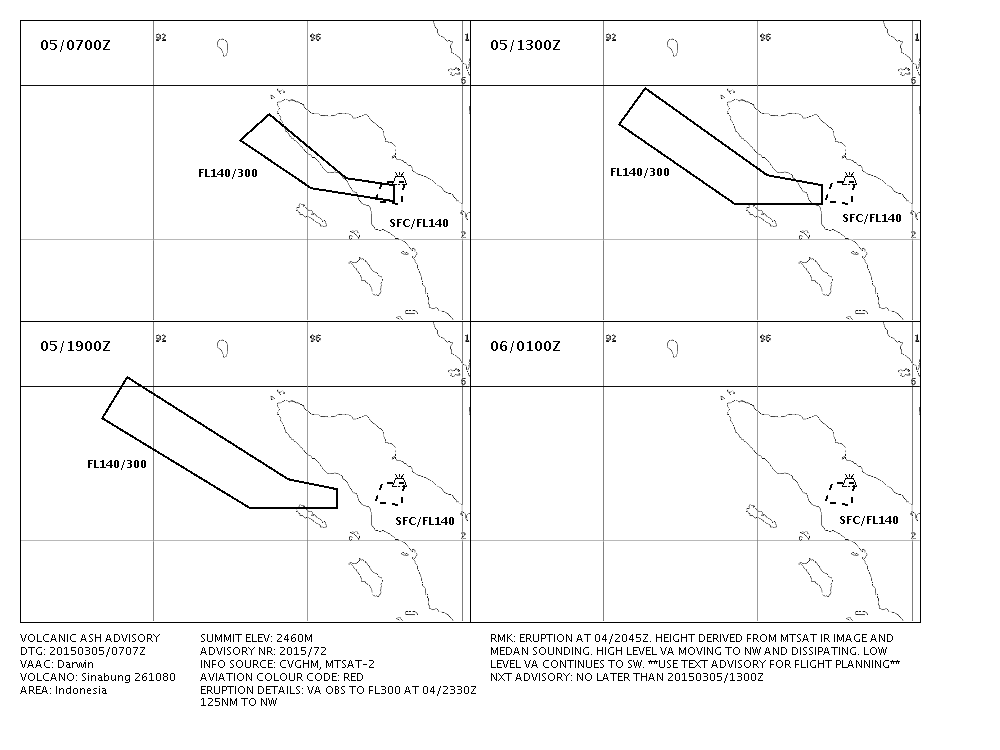 ​Based on satellite images and weather models, the Darwin VAAC reported that on February 20 an eruption from Sinabung generated ash plumes that rose to an altitude of 13.7 km a.s.l., drifted almost 540 km NW, and became detached.

A lower-level eruption later that day produced an ash plume that rose to an altitude of 7.3 km a.s.l.

Gunung Sinabung is a Pleistocene-to-Holocene stratovolcano with many lava flows on its flanks. The migration of summit vents along a N-S line gives the summit crater complex an elongated form. The youngest crater of this conical, 2460-m-high andesitic-to-dacitic volcano is at the southern end of the four overlapping summit craters. An unconfirmed eruption was noted in 1881, and solfataric activity was seen at the summit and upper flanks in 1912. No confirmed historical eruptions were recorded prior to explosive eruptions during August-September 2010 that produced ash plumes to 5 km above the summit. (GVP)