The quake was widely felt in a very big area and in a lot of big cities including Lima, the capital of Peru, this big cities should only have felt a slight shaking for a prolonged time and should only have minimal damage. Villages closer to the epicenter should have taken all the impact, but news from those areas will take time to travel. (ER) 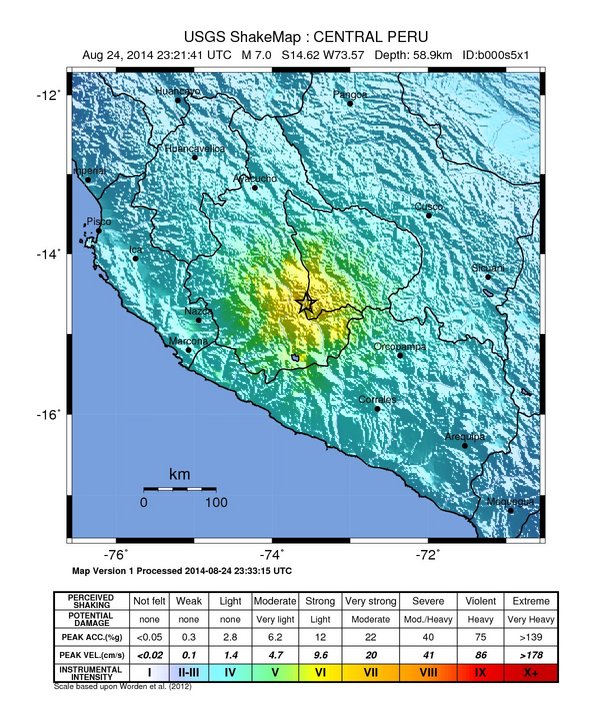 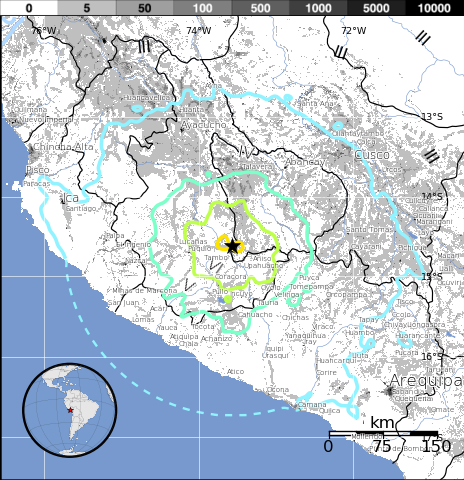 This page will be updated. Data is based on preliminary reports.