According to the Iranian Seismological Center (ISC), the quake (M6.2 at 10 km) hit two western provinces of Ilam and Lorestan as well as Khuzestan Province in the southwest of the country.

USGS issued Yellow alert for shaking-related fatalities and economic losses. Some casualties and damage are possible and the impact should be relatively localized. Past yellow alerts have required a local or regional level response.

By 06:00 UTC there were no reported casualties. Initial reports mention 61 people injured.

The town of Murmuri (684 families following the 2006 census) has been devastated to 70%. This town is only 4 km away from the epicenter, according to ISC. According to the governor the main road towards the epicenter has been blocked by multiple landslides.

The quake destroyed telecommunications department in the city of Abdanan in the province making it impossible to estimate the amount of damages inflicted on the city’s rural areas.  Governor of Abdanan Majid Asgari said that rural areas suffered heavy damage by the strong quake, adding that some villages were totally destroyed.

08:35 UTC: The new numbers are: 240 injured and 2600 houses or collapsed or damages to various degrees. (This is only an intermediate report.) (ER)

Numerous strong aftershocks are being registered, the strongest was M5.8 at 05:25 UTC. 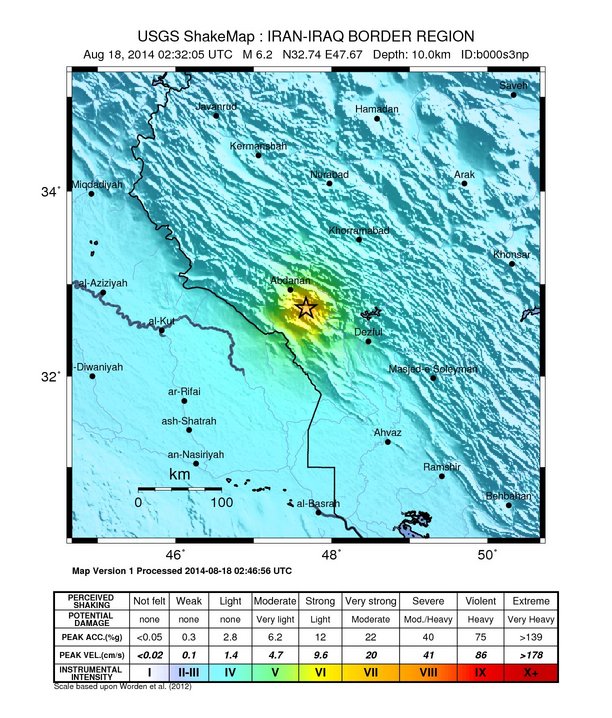 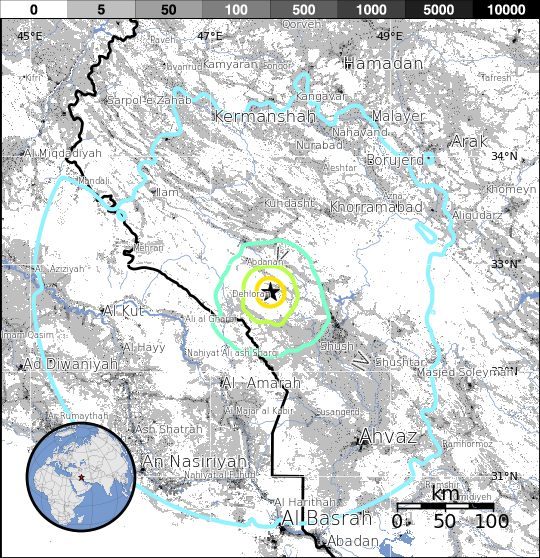