Solar filament located in the southern hemisphere erupted at approximately 16:54 UTC on August 15, 2014, and launched a partial-halo Coronal Mass Ejection (CME) into space and toward our planet.

NSO/GONG and SDO/AIA 193 and 304 imagery observed major portions of a filament erupt along a 30 degree long channel between 16:30 and 17:15 UTC. The N/S oriented filament was centered near S06W02 with a majority of the eruption north of this center point. SDO/AIA 304 imagery observed material movement to the NNE and SW across the solar disk as a result of the eruption.

A slow-moving, partial-halo CME was observed in SOHO/LASCO C2 and C3 imagery at 18:00 UTC and 19:06 UTC respectively. CME analysis and subsequent WSA-Enlil model output suggested an Earth impact late on August 18. However, further analysis and adjustments for a slower ambient wind speed is expected to indicate a later Earth impact closer to midday on the 19th. (SWPC)

The canyon of fire this eruption created stretched more than 250 000 km. Only a minor impact to Earth's magnetic field is expected, however, high-latitude sky watchers should be alert for auroras (we are inviting you to share your photos and videos with us). 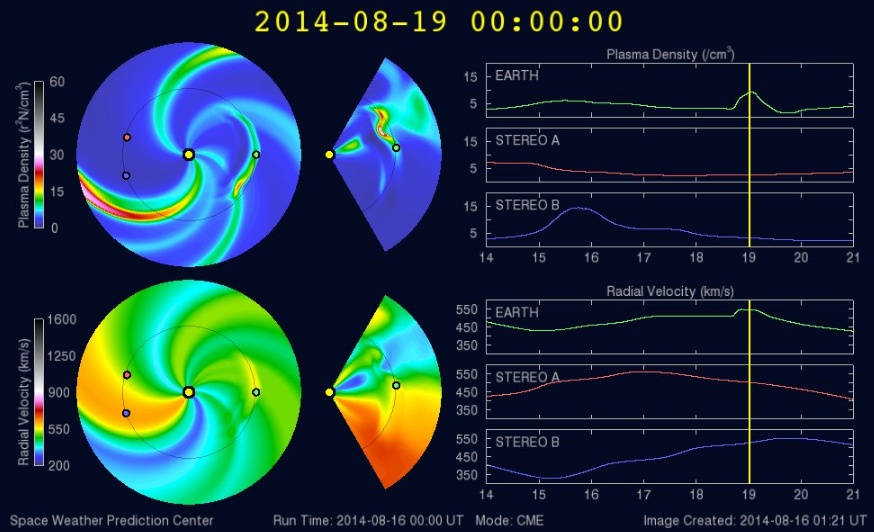 There are currently six numbered sunspot regions on the Earth side of the Sun.

Multiple C-class activity was observed from Regions 2139 and 2144 in last 24 hours (by 12:30 UTC, August 16, 2014). Region 2139 showed some intermediate spot consolidation while Region 2144 continued its rapid growth forming mature trailer spot penumbra. Both of these regions, as well as Region 2141 exhibited increased magnetic complexity over the past 24 hours. New region 2146 rotated onto the disk. 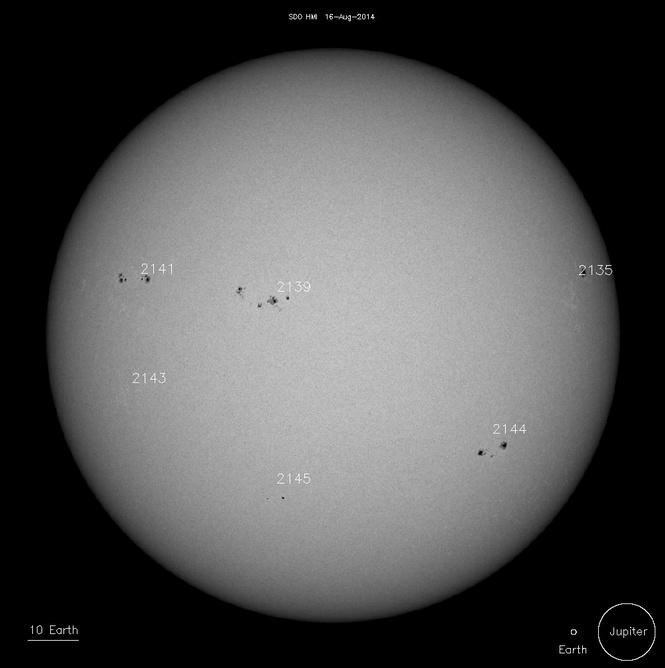