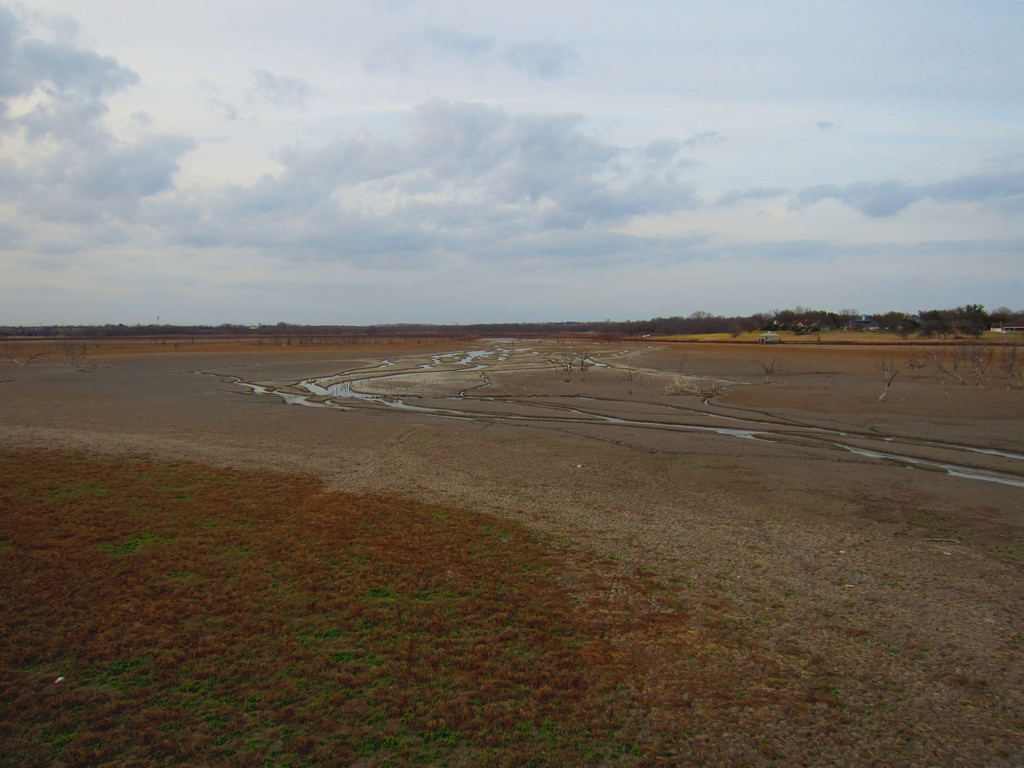 The majority of U.S. state of Texas is under drought conditions for over three years now and climatologists are warning that the state could be in the midst of a drought worse than the drought of record in the 1950s.

34 municipalities throughout the state have warned that they are at risk of drying up entirely by the end of the summer 2014, 12 of which warned they do not expect to have water within 45 days.

And while the drought over the last four years has caused billions in agricultural losses and strained the water supplies of smaller communities it is only now that the situation is getting to a similar point for some larger towns and cities.

On May 17, 2014 the city of Wichita Falls, in North Texas, entered ‘catastrophic’ Stage 5 water restrictions, their highest level. The new restrictions ban all outdoor watering or irrigation of golf courses from city water; car washes will be restricted to operating five days a week and only at certain times to reduce evaporation. And that's just part of it, the combined level of the city’s reservoirs has fallen below 25 percent calling for new solutions.

One such solution is sewage water recycling and the city is now awaiting word from state officials for permission to reuse wastewater, including some from toilets, for drinking.

Conservative efforts by residents in Wichita Falls have cut water usage in half over the past year, according to Russell Schreiber, water utilities director for the city, but that only goes so far. "The point is we're trying to keep people with a viable supply of drinking water," he said of both the conservation effort and the notion of using wastewater to augment short supplies. (Daily Mail)

Schreiber says reusing wastewater will save a third of residents' daily usage. Fifty percent of the water would be taken from toilets, dish washers and clothes washers, sinks, baths and showers. Not all residents are crazy about the idea, obviously.

Andrew Morrow, a spokeswoman for the Texas Commission on Environmental Quality, said her agency has 30 days from receiving a complete testing report to make a decision about moving ahead. The city submitted its testing report March 28; if approved, it will become the second city in Texas after Big Spring's Colorado River Municipal Water District, to begin reusing wastewater. Big Spring started using it last May.

The wastewater idea actually came out of west Texas some three years ago, where a water supplier began building a wastewater reuse plant in a town ironically named Big Spring, some 235 miles south of Wichita Falls. The AP reported that similar plants have been up and running for years in other historically dry parts of the country, like Tucson, Arizona, and parts of California (as well as in other countries).

Other methods are being tried in order to "produce" rain, and one such thing is cloud-seeding, a form of weather modification in attempt to change the amount or type of precipitation that falls from clouds. This is achieved by dispersing substances into the air that serve as cloud condensation or ice nuclei, which alter the microphysical processes within the cloud.

Schreiber said one such operation, in which a plane fired salt-based flares into the sky recently, brought 3 inches (7.6 cm) of rain to some areas around the city. But much of the precipitation missed the lakes' watersheds.