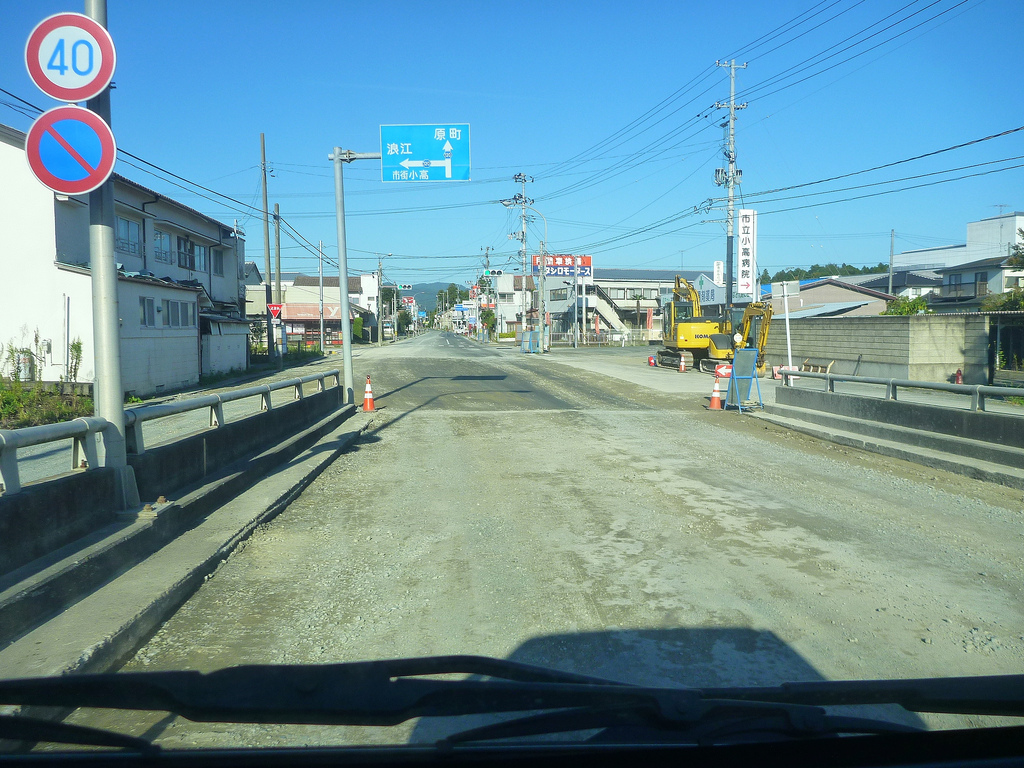 The real and continuing effects from Fukushima still loom large closest to the radiation zone and within Tokyo where it impacts food, trade and water. Much of the population has a skewed view of the safety since the meltdown of several reactors occurred in 2011, in part due to unreliable reports and reluctant confirmations about issues.

Rather than do their own testing, the Japanese media has by-and-large regurgitated the official numbers published by TEPCO, the Tokyo Electric Power Company, who continues to insist that everything is safe.

K. Lee Lerner, a Harvard journalist and author who has been on the ground covering issues related to the fallout and its effect on Japanese life, spoke with several locals in the Fukushima area whose lives have been uprooted since the disaster.

Lerner spoke with Yoshitomo Shigihara, a local official from Nagadoro, a small subdistrict of the evacuated Iitate village some 40 km away from the Fukushima Daiichi nuclear facility. Shigihara regularly grants two-hour tours to journalists, scientists etc., who wish to visit the fallout zone – in defiance of the official orders – in order to keep a spotlight on a place that he says has been "'forgotten."

Shigihara has taken his own radiation readings from inside the exclusion zone and says the media underreports the numbers – repeatedly and consistently. Instead, Shigihara claims, the media simply echoes the data provided by TEPCO engineers uncritically and without question.

"The media is dependent on TEPCO, unable to verify the technical data," Lerner reports Shigihara as saying, despite the obvious fact that there are other sets of numbers to consider – many of which are unsettling. Additionally, reports can vary considerably depending upon which ministry of the government is presenting them, Shigihara indicated.

The lack of consistent data about the extent of the fallout only amplifies the problems with transparency, making clear that the world has not been told the truth about Fukushima.

"I just want media to report the truth whether it's good or bad. The problem is, they are vague about the information they give out," Shighara told Lerner in an interview from April 2013.

K. Lee Lerner also interviewed a local taxi driver, Hisashi Shoji, who works in the area immediately surrounding the exclusion zone in Fukushima and was forced to relocate after his home – also some 40 km from the nuclear site – was evacuated.

Shoji was critical of the media reportage about the state of contamination, expressing distrust in the media, at both the local and national levels.

"They are all pretty much the same. It's hard to trust anything in the media," Shoji told an interpreter with Lerner in a regional Japanese accent. "They don't report the truth."

Shoji commented that he stopped believing the reassuring reports they issue some time ago.

He is among those eager to return to their homes, to where their memories and cultural legacy are tied, though many of the displaced – particularly younger people – are moving on to big cities, including Tokyo.

It is unclear when the government will clean up the outlying areas of the exclusion, particularly those in the least restricted zones, like the one Shoji lived in.

Evacuated residents expect this to take years at a minimum, while many recall the delayed official declaration for the evacuation to even begin in the wake of the meltdown – after most had already fled. Wherever they go – all hope for a return to normalcy, and a sense of safety.

Meanwhile, Nicolas Sternsdorff Cisterna, a Harvard doctoral candidate studying social anthropology while living in Japan, has been conducting an ongoing study of how food safety has been affected by the Fukushima disaster. For Cisterna, everything in relation to food, water and environment has been touched, not only in the districts immediately surrounding Fukushima, but in Tokyo where much of the produce grown in Fukushima – as well as fish and other foods – ends up.

The effects are not only the real and persistent occurrence of radiation in the food chain, but also the perception of contaminated food and its accompanying worries as well.

Cisterna describes how some shops in Tokyo have purchased radiation detectors in order to demonstrate to customers that foods and other products are safe. One example is the Catalog House, an upscale home goods store in downtown Tokyo, which brought testing into its establishment in the hopes of restoring confidence through transparency.

According to Cisterna, the store "began selling produce for the first time, trucking it in from Fukushima" shortly after the disaster, and subsequently "installed a radiation detector." He added, "Assistant manager Toru Sato said in an interview that the detector isn't just used by customers. Some store employees who grow their own vegetables bring them in for testing."

Republished with permission from Natural News
Written by Thomas Henry