A severe winter storm, named Dirk by Berlin's institute for meteorology, has caused major problems in Britain and France. Latest reports mention 4 deaths in Britain and one in France.

UK's Environment Agency issued hundreds of flood warnings across all of England and Wales with a severe flood warning – the highest level, warning of danger to life – in south west England.

According to rail officials, many trees fell during the night, leading to a reduction in services Tuesday morning. The Energy Networks Association said 150 000 homes were without power today, mainly in the south of England.

For Christmas Day and Boxing Day, UK's Met Office forecast said: "We are expecting a colder and less windy interlude with overnight frosts and sunny spells and a wintry mix of showers, so there is a chance that some places, especially the higher ground of the west and north, may see a White Christmas. For most of us though Christmas is likely to be green not white."

Another Atlantic depression is expected to bring a further spell of wet and stormy weather to the UK on Friday. 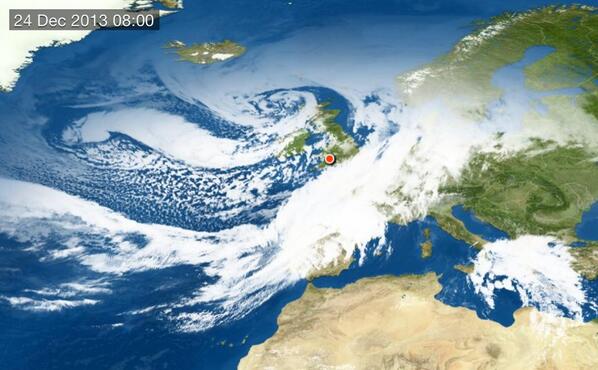 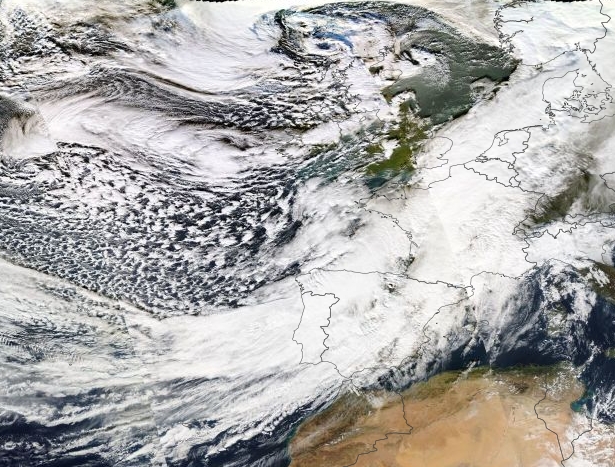 The same winter storm brought fierce winds and rain to France's west coast leaving 240 000 homes without power today. Brittany and Normandy were among the regions worst hit by winds reaching speeds of 130 km/h (80 mph) on Monday. Severe flooding and damage to infrastructure was reported.

France's ERDF electricity distribution network company said it had launched emergency efforts to address the damage to the network before the country's Christmas festivities start.

French local authorities demanded the central government to declare the state of emergency in four cities of the northwest.