Comet ISON entered STEREO Ahead HI1 field of view. First image was taken at 21:34 UTC on November 20, 2013. Both STEREO spacecraft will have a view of the comet in the COR1 and COR2 coronagraphs in the hours around closest approach on November 28.

You can examine the orbit of Comet ISON with this three-dimensional JAVA orbit tool provided by the STEREO SECCHI team.

The multiple view-points offered by the SECCHI imagers and coronagraphs present a tremendous opportunity for studying the state of the nucleus, the dust production, brightness evolution and tail morphology as a function of heliocentric distance. 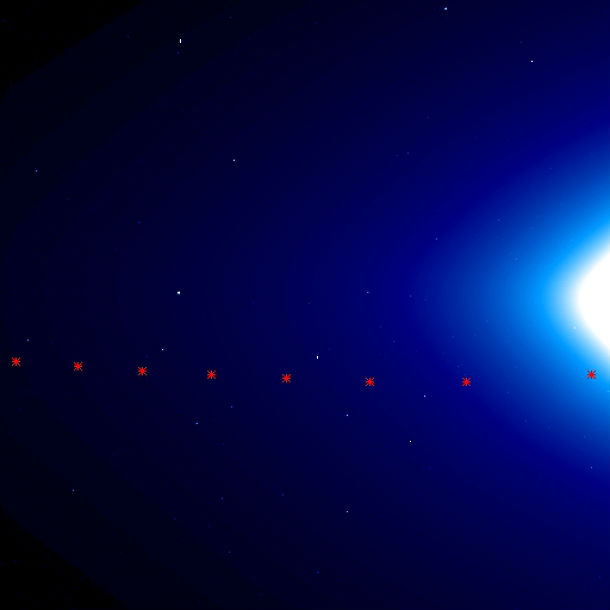 Predicted day-by-day position in the HI1-A field-of-view from November 21-28, 2013, moving from left to right. (Credit: NASA/STEREO)

It will be a few days before the images get transmitted back to Earth. Next week ISON will pass through seven other cameras from STEREO-B, SOHO, and SDO beginning on November 26 and going through until November 30, 2013. From SOHO's viewpoint the comet enters from the lower right early on November 27 and exits towards the top near the end of November 30. 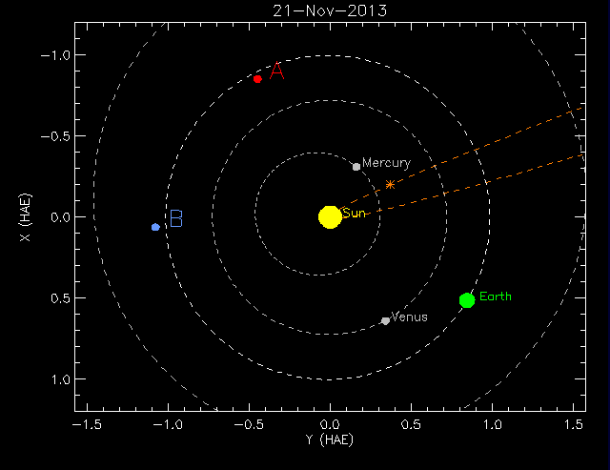 ISON is now only a week from its perihelion. At closest point ISON will fly within just 1.2 million km (730,000 miles) of the solar surface.

Observers around the world started to report seeing Comet ISON with naked eyes on the morning of November 15, 2013 rising in the east just before the Sun. First confirmed binocular sighting was reported by Pete Lawrence from Selsey in the United Kingdom, on November 9, 2013. The comet's magnitude is now around mid +4. It is moving at a speed of 219 510 km/h (136 700 mph). 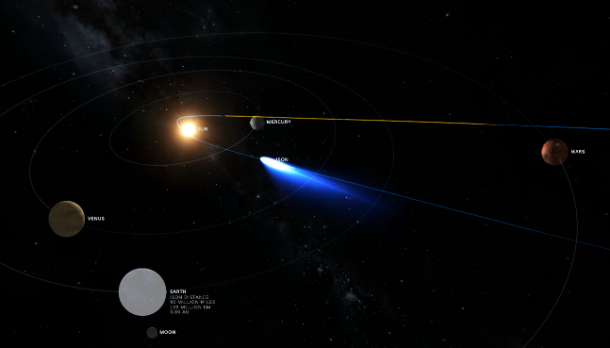 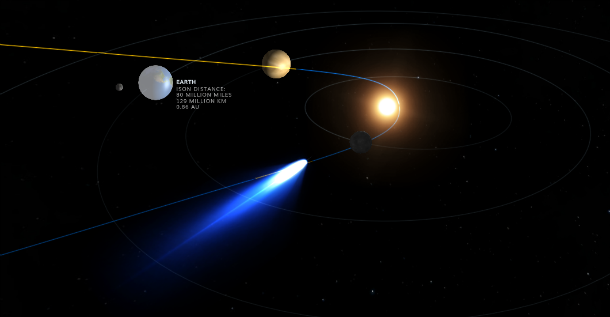 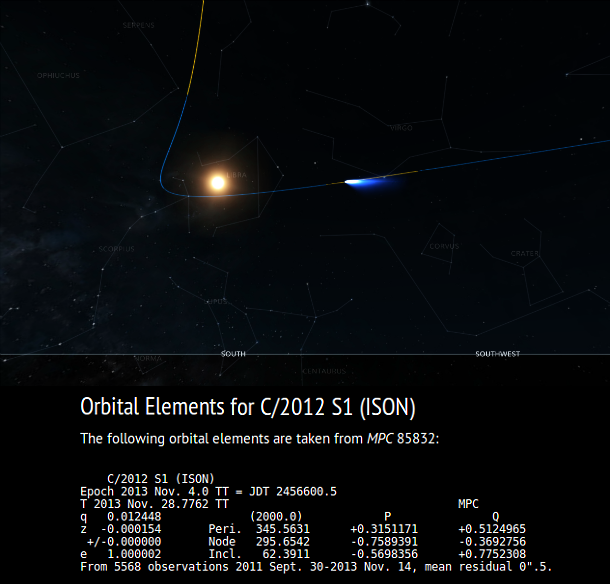 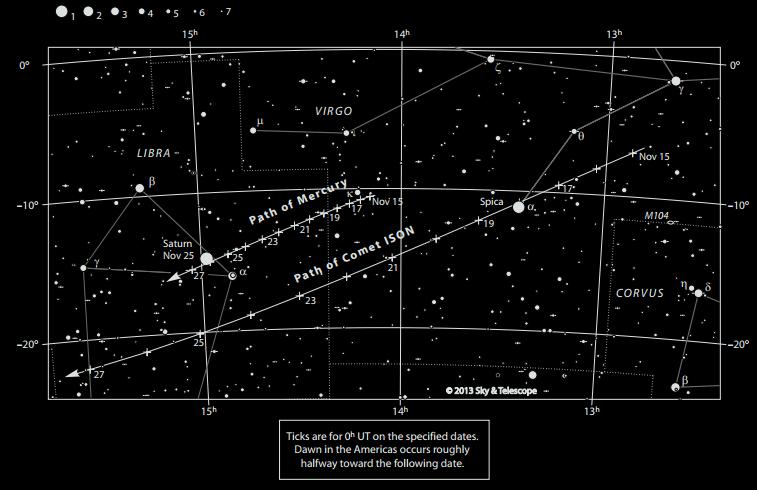