According to satellite images taken by NASA's Terra MODIS another volcanic island emerged late October 2013 along Zubair Group of islands, Red Sea, as a result of ongoing underwater volcano eruption.

The new phase of eruption started on September 28, 2013 southwest of the 2011-12 eruption site which also created a new island there.

This new islands are emerging along the Zubair Group, a collection of small islands off the west coast of Yemen. Running in a roughly northwest-southeast line, the islands poke above the sea surface, rising from a shield volcano. This region is part of the Red Sea Rift where the African and Arabian tectonic plates pull apart and new ocean crust regularly forms.

Approximately 40% of the Red Sea is quite shallow (under 100 m), and about 25% is under 50 m deep. A number of volcanic islands rise from the center of the sea. Most are dormant, but in 2007 Jabal al-Tair island, in the Bab el Mandeb strait, erupted violently. An eruption among the nearby Zubair islands followed in 2011. 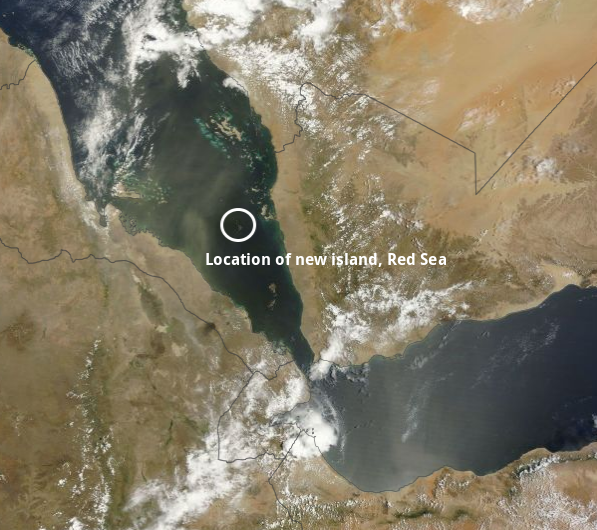 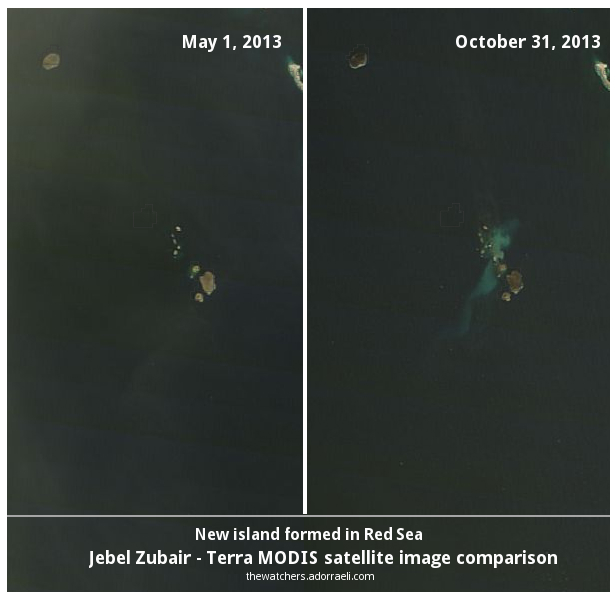 The following video was captured on September 28, 2013 when latest eruption phase started:

While we wait for authorities to confirm and measure the newest island, here are two videos of 2011/12 eruption. As of January 12, 2012 the island emerged in that eruption had grown to around 530 by 710 meters (1,700 by 2,300 feet) across and had begun effusive activity. It was named Principato di San Bernardino.