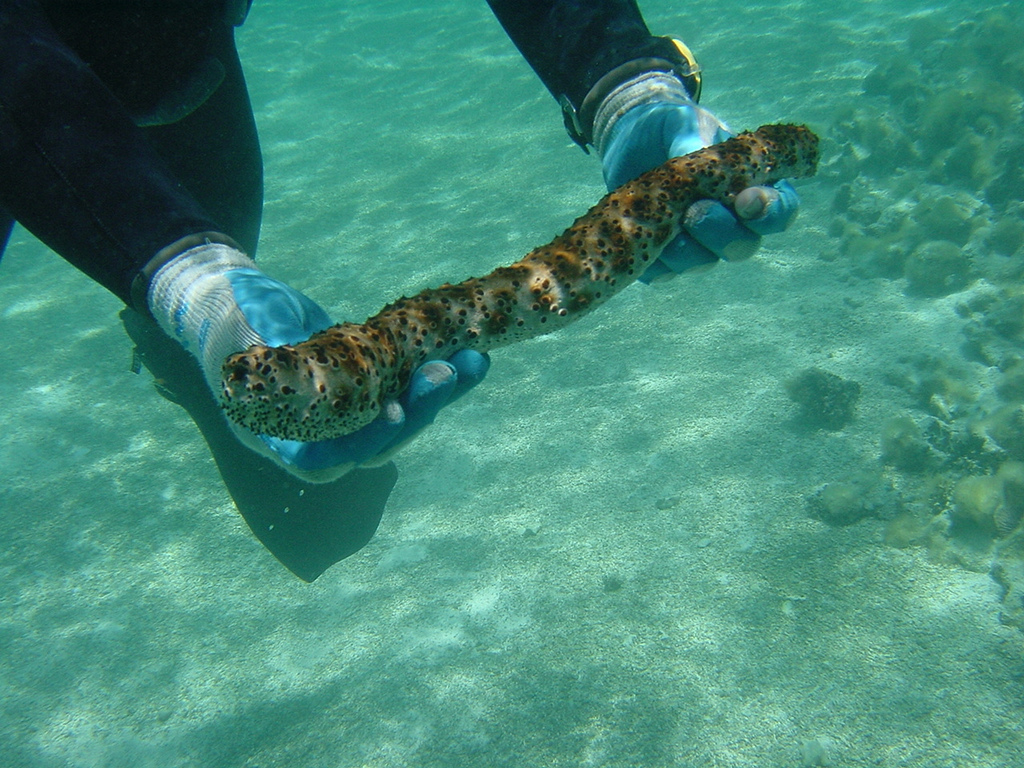 In previous studies, extracts of sea cucumber have demonstrated potent cytotoxicity against pancreatic, lung, prostate, colon, breast, skin and liver cancer cells as well as leukemia and gioblastoma. Researchers have identified a key compound responsible for sea cucumber's anti-cancer properties: a triterpenoid known as frondoside A.

A new study has now confirmed the anti-cancer effects of frondoside A at a whole new level. In the lab, it has killed up to 95 percent of ER+ breast cancer cells, 90 percent of melanoma cells, 95 percent of liver cancer cells and 85-88 percent of three different lines of lung cancer. But the benefits of this compound don't just stop at directly inducing programmed cell death (apoptosis). It also inhibits angiogenesis (the ability of tumors to grow new blood vessels to get their food) and stops cancer metastasizing by impeding cell migration and invasion. Even more intriguing is the ability of frondoside A to activate our immune system's natural killer cells to attack cancer cells. This has been shown for breast cancer in particular but may also apply to all cancers, because it involves the immune system and not cancer cells directly. This may partially explain why frondoside A was so effective at shrinking lung tumors in mice that it rivaled chemo drugs in performance.

Lung tumor shrinkage that rivals chemo drugs – without the side effects

Frondoside A is potently cytotoxic to three different types of lung cancer in vitro, including NCI-H460Luc2, LNM35 (non-small cell lung cancer) and A459 (epithelial adenocarcinoma). And when given to mice with xenografted human non-small cell lung cancer, it shrank the tumors by 40 percent in 10 days. This compares very well with the shrinkage of 47 percent obtained with a standard chemo drug. But the similarities between the two compounds stop there. The chemo drug used in this study is known to damage DNA and carry potent negative side effects, such as kidney damage and immunosuppression, and it may actually induce leukemia in the patient. Frondoside A, however, actually stimulates the immune system, potently kills leukemia cells and produced no visible side effects in the mice, according to the researchers – all at a fraction of the price of chemo. But the most impressive part of this study was that this was achieved at a very small dose of frondoside A – equivalent to less than a single milligram for an adult human weighing 75 kilograms. It is also noteworthy that frondoside A given together with the chemo drug shrank the tumor by a remarkable 68 percent.

The future of sea cucumber as a natural medicine for cancer

Sea cucumber extract is a highly promising natural medicine for cancer. There are currently two clinical trials using it (with other natural extracts) against myeloma and multiple myeloma, but more trials against breast and lung cancer are clearly called for, as a start. In the meantime, dried and powdered sea cucumber is available in North America in over-the-counter health supplements aimed at inflammatory conditions (such as arthritis), because sea cucumber also happens to be a rich source of chondroitin.

About the author:
Ethan Evers is author of the award-winning medical thriller "The Eden Prescription," in which cutting-edge researchers perfect an effective, all-natural treatment for cancer, only to be hunted down by pharmaceutical interests which will stop at nothing to protect their $80 billion cancer drug cash machine. The Eden Prescription is based on the latest science and draws on real historical events stretching back to the beginning of the "War on Cancer." Ethan has a PhD in Applied Science.

The Eden Prescription is available on amazon: www.amazon.com/Eden-Prescription-cancer-what…
Follow Ethan on Facebook for the latest breakthroughs and news on natural medicine for cancer: www.facebook.com/pages/The-Eden-Prescription…
For more information: www.edenprescription.com