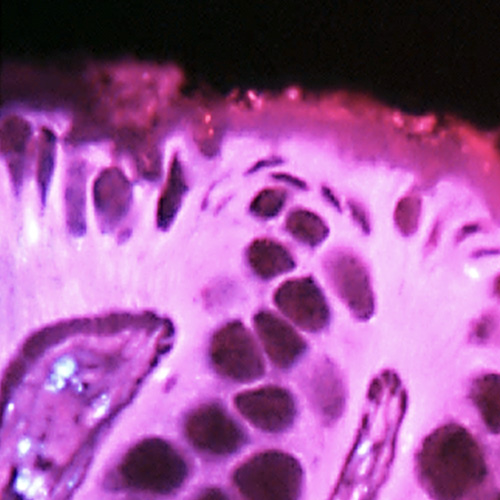 A paper published in the journal Environmental Science and Technology, unveils the causes behind the new strains of bacteria.

The culprit: triclosan resistance in a natural environment.

It is constantly being flushed down the sewage system. Water treatment facilities can effectively remove triclosan, but in some cities, leaky sewer infrastructure and sewer overflows send the chemical out into the environment, where it is gobbled up by nearby rivers, streams and groundwater.

The chemical was initially invented as an antibacterial agent for surgeons in the 1960s. Now it's currently being used in over half of today's commercials body care products. Mass produced in liquid soaps, toothpastes and other cosmetics, triclosan has multiple synthetic uses, but
if the body care industry was honest, then triclosan could become extinct.

Honest body care manufacturers could start using natural antibacterial ingredients like grapefruit seed extract. The environment that people depend on would appreciate grapefruit seed runoff much more than mass dumps of chemical triclosan.

Aquatic ecologist Rosi-Marshall says, "The bacterial resistance caused by triclosan has real environmental consequences. Not only does it disrupt aquatic life by changing native bacterial communities, but it's linked to the rise of resistant bacteria that could diminish the usefulness of important antibiotics."

Joined by colleagues from Loyola University and the Illinois Sustainable Technology Center, Rosi-Marshall tested three of Chicago's urban water sources and how the bacteria living there responds to triclosan in both its natural state and in controlled settings. The three sites tested included the urban North Shore Channel of the Chicago metropolitan region, the suburban West Branch on the Dupage River and the rural Nippersink Creek outside Chicago.

What they found out was that urbanization is directly correlated with higher triclosan levels. Higher triclosan concentrations were found in the portion of sediments containing bottom-dwelling bacteria strains that are highly resistant to triclosan.

Urban areas often rely on sewage systems that can back up during high rain fall. Chemicals like triclosan are high in urban sewage and industrial waste water, so when the single pipes back up during a storm, these chemicals overflow into the surrounding environment. The result: new strains of bacteria evolve in resistance to the heightening triclosan levels.

For instance, the researchers found the highest levels of triclosan-resistant bacteria residing in the urban North Shore channel, which is connected to 25 combined sewer overflows.

Furthermore, a woodland creek outside the city showed the lowest levels of triclosan-resistant bacteria.

To make matters worse, the researchers are noticing new trends in bacteria evolution. They found a decrease in the diversity of benthic bacteria and an overall shift in the composition of bacterial communities. Cyanobacteria have increased six fold in triclosan-laced water, while entire communities of algae are experiencing massive die-offs. These shifts can impact aquatic life.

Rosi Marshall explains, "Cyanobacteria are less nutritious than algae and can produce toxins. In triclosan-polluted streams and rivers, changes in microbial communities could negatively affect ecological function and animal communities."

Urban areas in Chicago are not the only concern. The EPA lists at least 800 cities that rely on single pipes connected to combined sewer overflows that are ultimately responsible for regional water pollution, rising strains of resistant bacteria and shifts in entire bacteria communities.