ZA Architects envisioned how an underground human colony on Mars might look like. To reduce the price and risks their proposal suggests using robotics and local materials prior to sending humans. Drilling into the basalt-rich soil of Mars would create caverns for future underground human settlement.

Since the Phoenix lander sampled watered ice in Martian soil and some martial soil is appropriate for growing certain cultures like asparagus they envision self-sustaining settlement independent of expensive deliveries from Earth. Caverns made in basalt would make insulated settlements stronger than steel.

Though robots that could do this still don't exist, Arina Ageeva, one of the architects behind this proposal believes that it wouldn't be far-fetched to see such robots in the next decade.

The colonization of Mars they envisioned is divided into 8 stages:

1. Rocket with digging robots are sent to the Mars
2. Robots drop-off on the surface
3. Robots analyze basalt columns on strength value, then each chooses a weakest pillar that equidistant from the others – it is a start position
4. Robots drill basalt, moving down and increasing diameter of withdrawn rock with each step, until it reaches strong pillars that remain as columns
5. Chaff set aside to form network of the rampants, in order to protect skylight holes from the wind and dust
6. After caves are ready human expedition rush to the Mars
7. Astronauts finish the construction and arrange technical facilities as water, oxygen, basalt processing line, etc.
8. Using generated basalt roving, robots weave spatial spider-like web, that will be used as spaces and construction to hold domestic and technical facilities 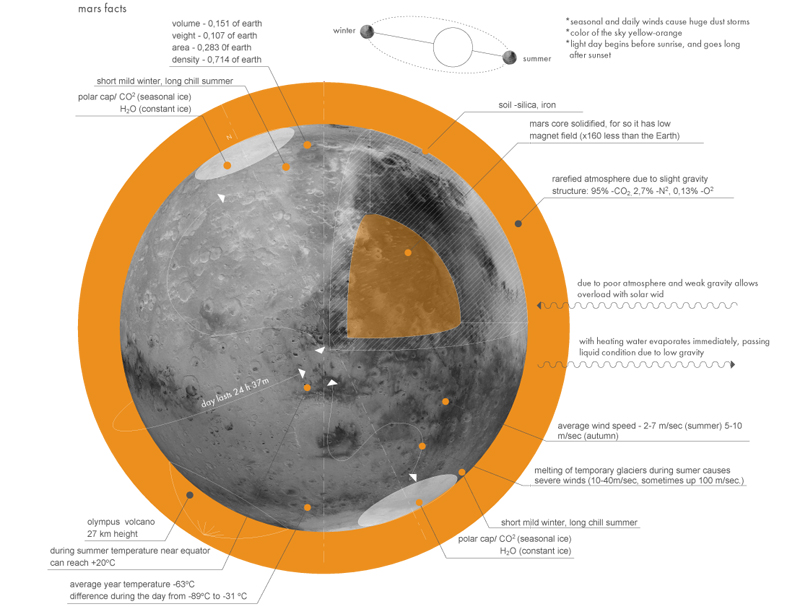 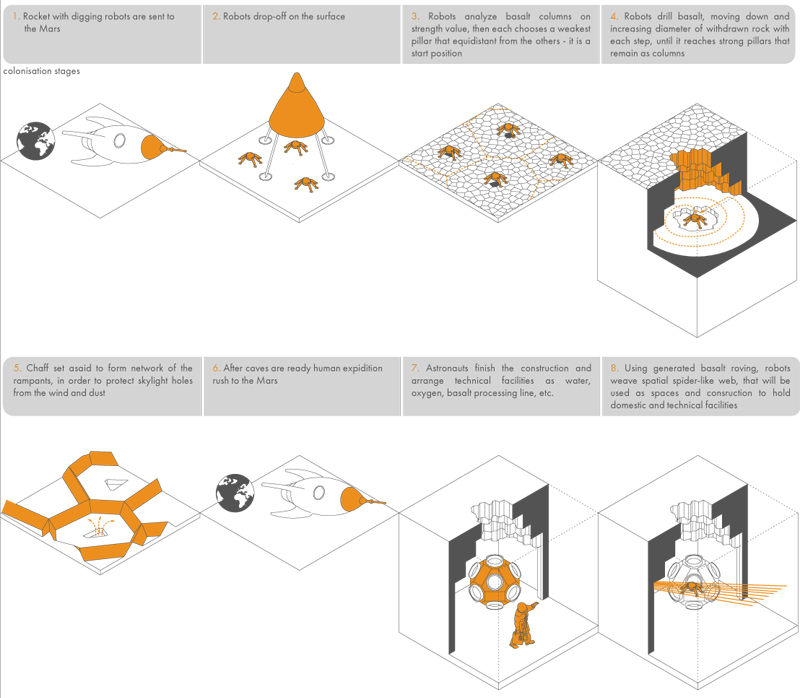 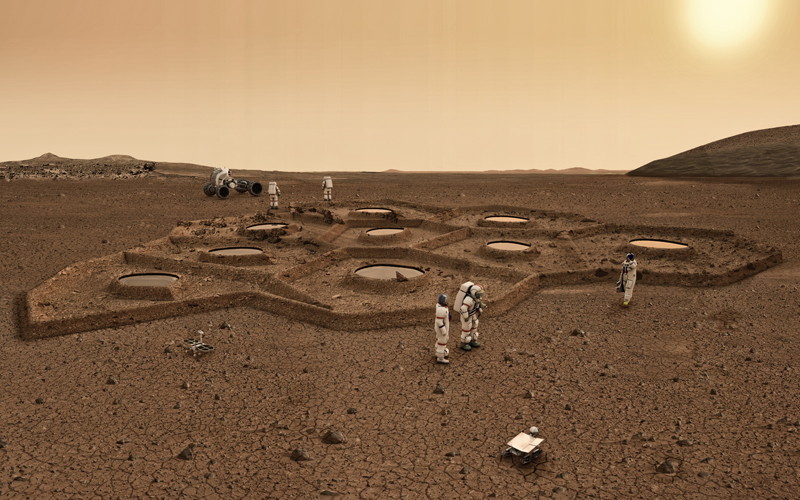 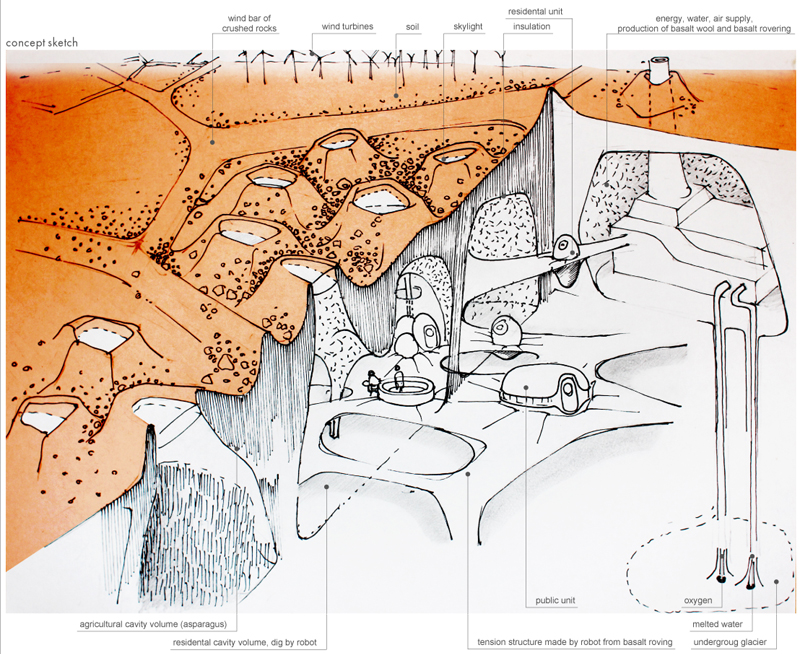 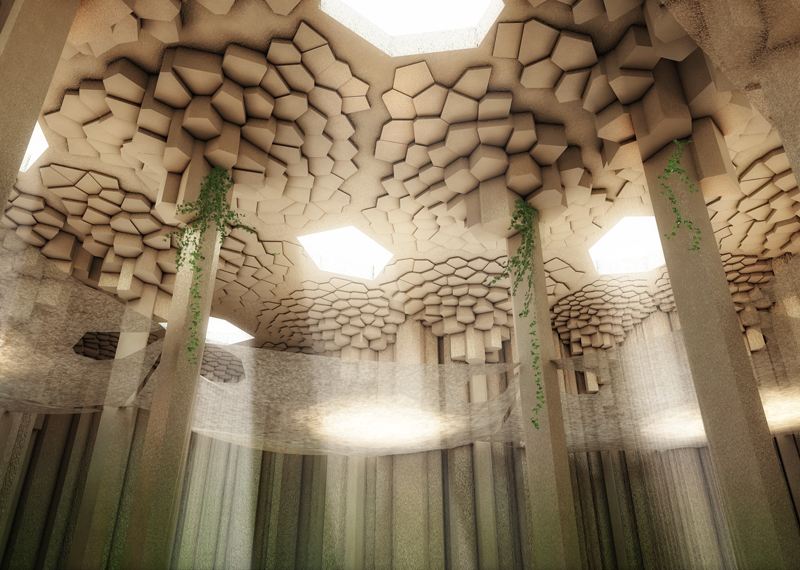 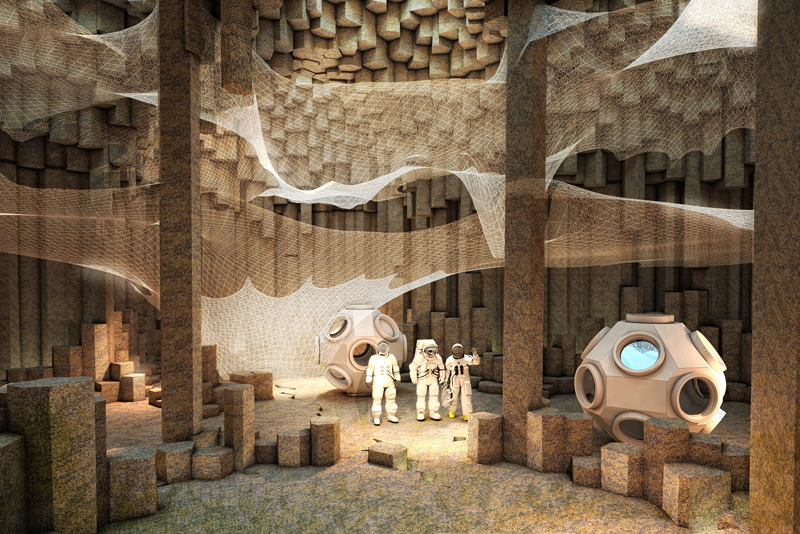