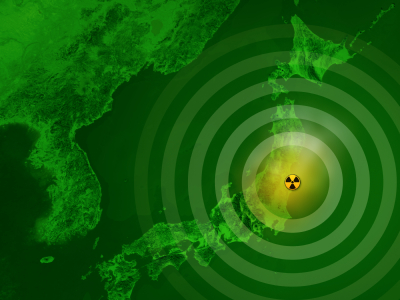 Japan's nuclear watchdog has now declared the leak of radioactive water from Fukushima a "state of emergency." Each day, 300 tons of radioactive water seeps into the ocean, and it's now clear that TEPCO has engage in a two-and-a-half-year cover-up of immense magnitude.

"I believe it's been leaking into the ocean from the start of the crisis two-and-a-half years ago," disclosed a 12-year TEPCO veteran named Suzuki-san (SOURCE)

"There are still reactor buildings we haven't gotten into yet," said another worker named Fujimoto-san. "So there's always the possibility of another explosion…"

Just how out of control is the situation at Fukushima? It's so out of control that TEPCO recently had to admit 10 of its workers were somehow — yeah, see if you can figure this out — sprayed with highly radioactive water while waiting for a bus.

"The workers' exposure above the neck was found to be as much as 10 becquerels per square centimeter," reports Bloomberg.com

How exactly did highly radioactive water manage to find its way to a bus stop in the first place? TEPCO isn't sure. It's confusing with all those radiation alarms going off all the time. In order to concentrate, the company has found it's easier to just disable all the alarms and pretend nothing's wrong.

To fully grasp the extent of the TEPCO denial, realize that only recently did the company finally admit that radioactive groundwater has been leaking into the ocean. This follows years of stark denials from the company, whose executes have exhibited a remarkable ability to deny reality even when their own workers are dying in droves from cancer.

It's no exaggeration to say that TEPCO's downplaying of the full extent of the Fukushima disaster has put tens of millions of lives at risk — people who should have been warned about radiation but were denied that information due to the TEPCO cover-up.

"At this current time in July of 2013, Fukushima is 80 to 100x more expansive and more intense — letting out about 100x more of the radiation of Chernobyl," reports Dr. Simon Atkins Phoenix Rising Radio on a BlogTalkRadio interview.

"The problem with Fukushima is that it's not only continuing for 865 days… I mean, let's wrap our minds around that for a second — it has been leaking out radiation in increasing volumes for 865 days."

Japan is a society that shuns whistleblowers

Why has TEPCO been able to cover up the truth about Fukushima for so long? Because Japan is a society of mass conformity. The idea of keeping your head down and not "rocking the boat" is deeply embedded in Japanese culture.

Japan is not a nation of "rugged individualism" but of conformist acquiescence.

As a result, whistleblowers are shunned, and there is immense peer pressure to defend the status quo… even when it's a terrible lie. This culture of conformity at all costs is precisely what allows companies like TEPCO to continue operating extremely dangerous nuclear power plants with virtually no accountability.

While Japan has entire museums dedicated to the horrifying history of two Japanese cities being bombed by the United States at the end of World War II, when Japan's own power company is involved in a radiological disaster of similar magnitude, the entire incident gets swept under the rug. Radiation? What radiation? If the government says there's no radiation, then there's no radiation! After all, it's invisible!

Why the U.S. government plays along with the cover-up

The U.S. government, of course, plays along with the charade because its own top weapons manufacturer — General Electric — designed and built the Fukushima Daiichi power plant in the first place. And the design decisions made by GE, such as storing spent fuel rods in large pools high above the ground, now look not just incompetent but downright idiotic. It turns out there was never any long-term plan to dispose of the spent fuel rods. The idea was to just let them build up over time until someone else inherited the problem.

So while Japan and the USA play this game of "let's all pretend nothing happened," citizens of both countries continue to be exposed to a relentless wave of deadly radiation that now dwarfs the total radiation release of Chernobyl (which the U.S. media played up in a huge way because the disaster made the Russians look incompetent).

The only reason TEPCO is finally getting around to admitting the truth in all this is because you can't rig all the Geiger counters forever. Radiation follows the laws of physics and atomic decay, not the whims of lying politicians and bureaucrats. As a result, the real story eventually comes out as we're starting to see right now.

The Fukushima disaster is likely to get far worse, if you can believe that

The upshot is that the Fukushima disaster is not only far worse than you've been told; it's very likely going to be worse than you could ever imagine. The radiation leak isn't plugged, in other words, and another explosion — which many experts believe might be imminent — would release thousands of times more nuclear material into the open environment.

Ultimately, the entire Northern hemisphere has been placed at risk by a bunch of corporate bureaucrats who thought building a nuclear facility in the path of a sure-to-happen tidal wave was a fantastic idea. Instead of acknowledging the problem and working to fix it like a responsible person would, our world's top politicians and ass-coverers have decided it is in their best short-term interests to play along with the TEPCO fairy tale which ridiculously pretends that radioactive leaks can be controlled by wishful thinking.

Remember: Governments can lie about the national debt, health care costs, inflation and unemployment, but they cannot lie about radiation for very long. Sooner or later the physics of it all simply cannot be denied.