A strong earthquake registered as M 6.0 (JMA) on Richter scale struck northeastern Japan on August 4, 2013 at 03:28 UTC. JMA reported depth of 50 km. This earthquake was 41 km away from March 11, 2011 devastating M 9.0 "Tohoku earthquake" and about 109 km away from crippled Fukushima nuclear power plant.

There was no risk of a tsunami, JMA said.

Operator of crippled nuclear power plant Fukushima Dai-ichi said no problems were reported there or at another one of its nuclear plants in Fukushima..

Fukushima-Diary reported yesterday that unusual number of the earthquakes are occurring in the region. 18 quakes hit Fukushima and also 18 quakes hit Iwaraki only within a day.

Following a major earthquake on March 11, 2011, a 15-meter tsunami disabled the power supply and cooling of three Fukushima Dai-ichi reactors (Unit 1-3). All three cores largely melted in the first three days. Unit 4 became a problem in next 5 days. 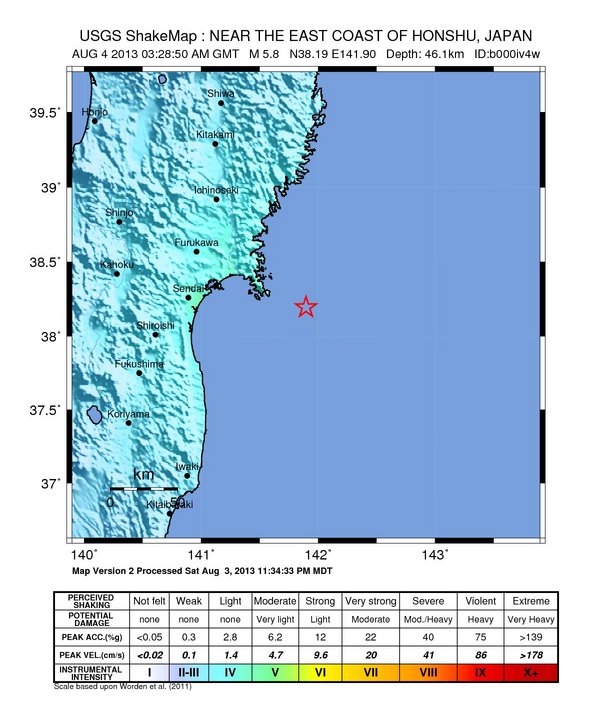