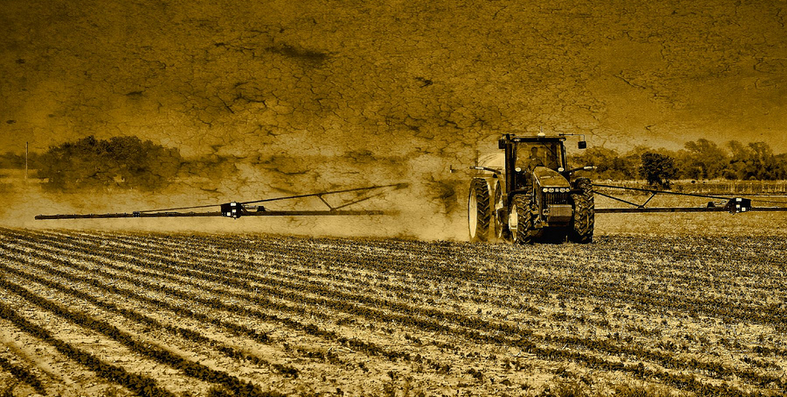 The modern age of industrial agriculture and manufacturing has dumped heavy metals, carcinogens, plastics, and pesticides into the environment at alarming rates. These toxins are showing up in most human tissue cells today. One distinct chemical may be trapping these toxins in human cells, limiting the human body's ability to detoxify its own cells. In a new peer reviewed study, this sinister chemical, glyphosate, has been proven to inhibit the human cell's ability to detoxify altogether. Glyphosate, found in Monsanto's Roundup, is being deemed by publishers of the new study "one of the most dangerous chemicals" being unleashed into the environment today.

Glyphosate, most commonly found in conventional sugar, corn, soy and wheat products, throws off the cytochrome P450 gene pathway, inhibiting enzyme production in the body. CYP enzymes play a crucial role in detoxifying xenobiotics, which include drugs, carcinogens, and pesticides. By inhibiting this natural detoxification process, glyphosate systematically enhances the damaging effects of other environmental toxins that get in the body. This, in turn, disrupts homeostasis, increases inflammation, and leads to a slow deconstruction of the cellular system. Toxins build up in the gut over time and break down through the intestinal walls, infiltrating blood, and ultimately passing through the brain/blood barrier, damaging neurological function.

Important CYP enzymes that are affected include aromatase, the enzyme that converts androgen into estrogen, 21-Hydroxylase, which creates stress hormone cortisol, and aldosterone, which regulates blood pressure.

Getting to the gut

Even as evidence mounts, Monsanto asserts that glyphosate is not harmful to humans, citing that its mechanism of action in plants (the disruption of the shikimate pathway), is not present in humans. This is not true.

The shikimate pathway, which is involved in the synthesis of the essential aromatic amino acids phenylalanine, tyrosine, and tryptophan, is present in human gut bacteria, which has a direct relationship with the human body, aiding in digestion, synthesizing vitamins, detoxifying carcinogens, and participating in immune system function.

By inhibiting the body's gut flora from performing its essential function in the human body, glyphosate heightens many health issues facing the Western world today.

These conditions include inflammatory bowel diseases, Crohn's disease, obesity, and even dementia and depression. Also, by restricting gut bacteria from absorbing nutrients, glyphosate voids the body of essential life-giving vitamins.

Depletion of serum tryptophan and its link to obesity

Glysophate's damaging effects on gut bacteria lead to depleted sulfate supplies in the gut, resulting in inflammatory bowel disease. As more chemicals are absorbed from the environment, alterations in body chemistry actively promote weight gain by blocking nutrient absorption. By effecting CYP enzymes in the liver, obesity incidence is compounded, impairing the body's ability to detoxify synthetics chemicals. Since serotonin is derived from tryptophan and acts an appetite suppressant, the depletion of tryptophan encourages overeating in the brain, leading to obesity.

In need of urgent, massive awakening

Authors of the new review point out that "glyphosate is likely to be pervasive in our food supply and may be the most biologically disruptive chemical in our environment." Monsanto is already lashing back at these claims, calling this peer reviewed study, "bad science" and "another bogus study." What Monsanto fails to is mention that most of the studies on glyphosate's "safety" are conducted by Monsanto themselves, which is bias to the core.

The authors of this new study instead call out for more independent research to be done to validate their findings. They are concerned with glyphosate's inhibition of the cytochrome P450 (CYP) enzymes in the body, which are hindering the body's natural detoxification ability.

There is certainly a need for more empowering education on chemicals like glyphosate. There needs to be a kind of public mass awakening that correlates Monsanto's Roundup with skull and crossbones. If anything, Americans have the right to know how their food was produced, engineered, and poisoned, and everyone should pitch in and stop using toxic glyphosate-laced Roundup at all costs.