The Alpha Magnetic Spectrometer (AMS) is a cosmic ray particle physics detector, on the exterior of the International Space Station. It was launched to the Space Station on the space shuttle Endeavour's STS-134 mission on May 16, 2011.

The first results of the AMS were announced on April 3, 2013 with Charles Bolden, NASA Administrator saying that,

"The AMS cosmic ray particle results announced today could help foster a new understanding of the fields of fundamental physics and astrophysics. I am confident that this is only the first of many scientific discoveries enabled by the station that will change our understanding of the universe. Multiple NASA human spaceflight centers around the country played important roles in this work, and we look forward to many more exciting results from AMS.”

Till 2011, the information gathered regarding charged particles, or cosmic rays, that shoot around the universe, was scarce and not very reliable. The main objective of launching AMS was to have a better understanding of these rays as well as dark matter, the most elusive substance of all. 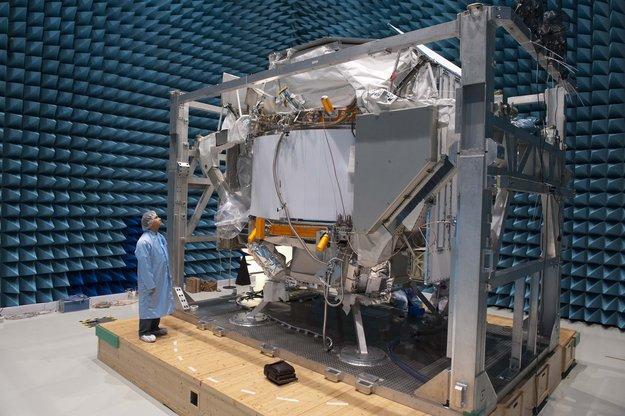 AMS has helped gather great amount of data, helping in publishing findings and leading to a better understanding of the cosmos. It is is composed of a magnet and eight detectors that provide the scientists on the ground with information about the particles that travel through the magnet. All of the information is collected in the fraction of a second it takes a particle to travel through AMS.

AMS circles the Earth and sifts through matter, antimatter and unknown substances yet to be confirmed, 365 days a year with the help of the ample power capabilities of the Space Station. Hundreds of scientists from 16 countries go through all this data hoping to determine and understand the Universe, its ingredients and when and how it originated. The understanding of dark matter, antimatter and strangelets alongside Gamma Ray bursts and unnamed phenomenon is also what they look for. 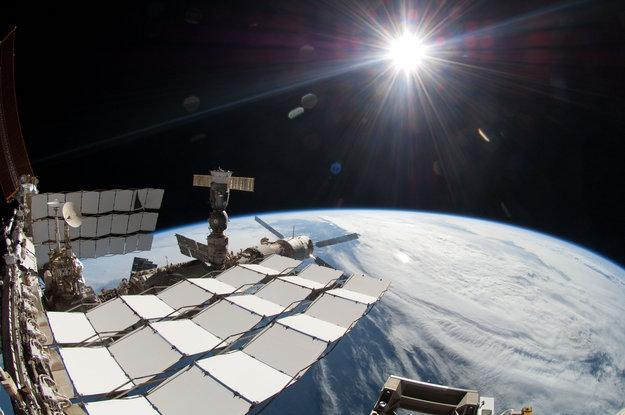 The International Space Station with the installed AMS, courtesy ESA

Any particle passing through the collectors of the AMS is recorded alongside the kind of the particle, such as protons or electrons, physical information such as particle charge, mass and velocity and also the direction they came from to help identify the source.

AMS has also been called the dark matter hunter due to its ability to find these missing pieces of the Universe. The positron ratio to the electrons passing through AMS’s collectors has given scientists a good idea about the changes in energy and mass of them, giving rise to a new phenomenon. Though, it is unknown whether the positron ratio comes from dark matter particles colliding with each other or from pulsating stars in our galaxy that produce antimatter.

“Over the coming months, AMS will be able to tell us conclusively whether these positrons are a signal for dark matter, or whether they have some other origin.” says Professor Samuel Ting, the project's lead investigator.