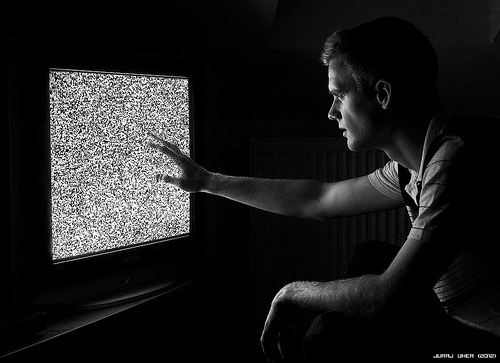 Men who watch more than 20 hours of TV per week have a sperm count nearly half that of men who rarely watch TV, according to a study conducted by researchers from the Harvard School of Public Health and published in the British Journal of Sports Medicine.

To examine the effect of physical activity levels on men’s health, the researchers analyzed the semen of 189 men between the ages of 18 and 22 who were participating in the Rochester Young Men’s Study from 2009 to 2010.

“The majority of the previous studies on physical activity and semen quality had focused on professional marathon runners and cyclists, who reach physical activity levels that most people in the world cannot match,” senior author Jorge Chavarro said. “We were able to examine a range of physical activity that is more relevant to men in the general population.”

Participants answered questions about their TV-watching habits and physical activity patterns, as well as about several known risk factors for low sperm count, including diet, smoking and stress. The researchers found that men who spent 15 or more hours engaged in moderate exercise each week had a 73 percent higher sperm count than men who exercised fewer than five hours per week. This was true even among men who smoked or who were overweight. There was no difference seen in men who engaged in only mild exercise.

Men who watched 20 or more hours of TV per week; however, had a 44 percent lower sperm count than men who watch nearly no TV. This was true even among men who engaged in 15 or more hours of moderate exercise per week. That is, TV viewing seemed to counteract the beneficial effects of a moderately active lifestyle.

Sperm counts have been dropping among men in the Western world for decades. For example, a recent study showed a 33 percent decline in sperm counts between 1989 and 2009.

Sperm count is one measure of sperm quality, which has also been on the decline. Low sperm count increases the risk of infertility, cardiovascular problems, and cancers of the prostate or testicles.

The researchers suggested two potential explanation for the link between TV viewing and low sperm count.

First of all, it is well established that exercise stimulates the body to produce more antioxidants, which can prevent the oxidative stress that can prevent sperm cell production. Secondly, some researchers believe that sitting for long periods of time may squish the scrotum against the body, heating the testicles past the temperature at which sperm synthesis can take place.

“We know that men who wear too tight underwear have poorer sperm,” said Allan Pacey of the British Fertility Society. “So it’s not a million miles away from sitting on the sofa … for too long and heating up your testicles for too long. It’s the same mechanism I would suspect.”