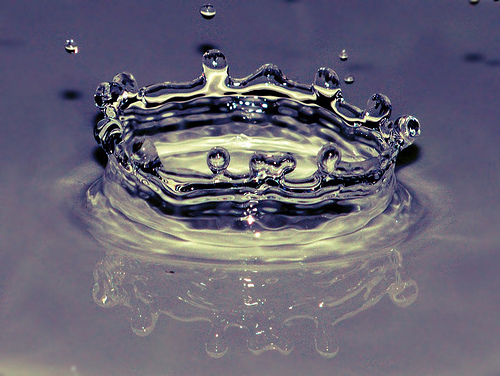 Nearly 200,000 Australians have been released from the medical slavery that is artificial water fluoridation thanks to a major governmental policy change. The Liberal National Party (LNP) government of the Australian state of Queensland has not only cut $14 million of funding that had previously been used for fluoridation, but has also decided to allow local councils to decide for themselves whether or not to fluoridate, a move that has already prompted the northern city of Cairns to end its water fluoridation program.

As reported by The Australian, former “One Nation” member of parliament (MP) Rosa Lee Long, who is now mayor of the north Queensland Tablelands Regional Council, successfully lobbied LNP to end a longstanding policy that compelled local communities to fluoridate without approval from local residents. The government of Queensland last year also ended a policy that required larger communities to fluoridate their water, which is similar to existing fluoridation mandates in California and elsewhere.

So by the middle of March, Cairns’ more than 150,000 area residents will no longer be exposed to fluoride chemicals in the water, making it the seventh community in Queensland to end water fluoridation so far this year. Murgon, Wondai, Kingaroy, Nanango, Blackbutt, and South Burnett have all ended their water fluoridation programs since January which, combined with the area population of Cairns, represents nearly 200,000 people who will no longer be forcibly medicated with an unapproved drug.

“If people want to have access to fluoride, they need to take that up with their dentists,” said a local Cairns council spokeswoman about the policy change. “The decision has been made …

The Australian Dental Association (ADA) and various members of the establishment government in Australia raised their usual fear-mongering in response to the landmark decision — children’s teeth will rot out of their heads without fluoride, has been their response, which mimics the same tired and unproven argument used by many American officials to defend the outdated and dangerous practice of water fluoridation.

But Queensland’s LNP has remained steadfast in its decision, declaring forced water fluoridation to be “involuntary medication” of the public, regardless of someone’s own personal opinion on the efficacy and safety of fluoride. This declaration is key, as it highlights a reality about fluoride that few people are willing to admit — fluoride is a chemical drug that has never been proven safe and effective, but that is routinely added to water supplies without informed consent.

The U.S. Food and Drug Administration (FDA) likewise admits that water fluoridation is akin to forced medication, as the agency’s official stance on the chemical is that it is an “unapproved drug” when added to water supplies. It is a fact that the FDA has never approved fluoride as a safe and effective water supplement, which means adding it to public water supplies is an illegal administration of a drug without FDA approval, and without the informed consent of every person exposed to it.

You can learn more about the dangers of fluoride by visiting the Fluoride Action Network (FAN): http://www.fluoridealert.org/