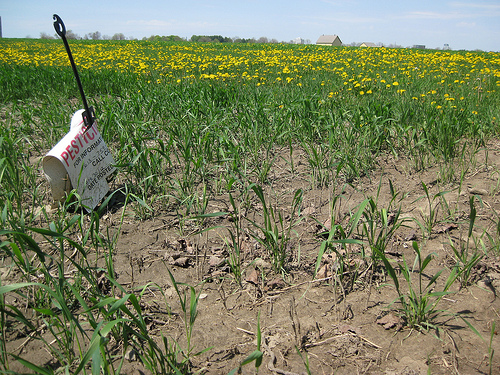 Even low-level exposure to a widely used group of pesticides can produce long-term damage to cognitive abilities, according to a study conducted by researchers from University College London and the Open University and published in the journal Critical Reviews in Toxicology.

The researchers conducted a meta-analysis on the data from 14 separate studies including more than 1,600 total participants on the association between neurological and cognitive function and low-level exposure to the group of pesticides known as organophosphates.

“This is considered to be the method of choice in situations where research findings may be used to inform public policy,” co-author Chris McManus said.

“This is the first time anyone has analyzed the literature concerning the neurotoxicity of organophosphate pesticides, using the statistical technique of meta-analysis,” lead author Sarah Mackenzie Ross said.

“The analysis reveals that the majority of well-designed studies undertaken over the last 20 years find a significant association between low-level exposure to organophosphates and impaired cognitive function.”

The areas of cognitive function that suffered the greatest damage were information processing speed and memory. Other areas, such as language, suffered less.

Organophosphates are the most widely used class of insecticides in the world. According to the World Health Organization, they are responsible for many cases of poisoning each year and are considered among the most dangerous forms of pesticide to vertebrate life. They were originally developed from nerve gases used during World War II.

But most studies on the toxic effects of organophosphates have focused on acute exposure to high levels of the pesticides, such as might occur in an industrial accident. The current study is one of the first to definitively show that low levels like those found on pesticide-treated foods or from everyday workplace exposure, might also be harmful.

The new findings may give extra clout to groups that argue they have been harmed by organophosphate exposure.

“In the UK a number of occupational groups have expressed concern that their health has been affected by exposure to organophosphates,” co-author Virginia Harrison said.

One such group is sheep farmers, who were required to dip their sheep into pesticide mixes that included organophosphates once per year between 1988 and 1991 (the “sheep dip” was in use before that, but not required). Between 1985 and 1998, the government program set up to monitor the policy for adverse effects received more than 600 reports of negative health symptoms following exposure to the pesticide mix.

Other groups that have complained about health problems after exposure to organophosphates include Gulf War veterans who were sprayed with pesticides daily in order to stave off disease-carrying insects such as mosquitoes, fleas and sand flies, and airplane crew members who have been exposed to organophosphate-containing engine oil.