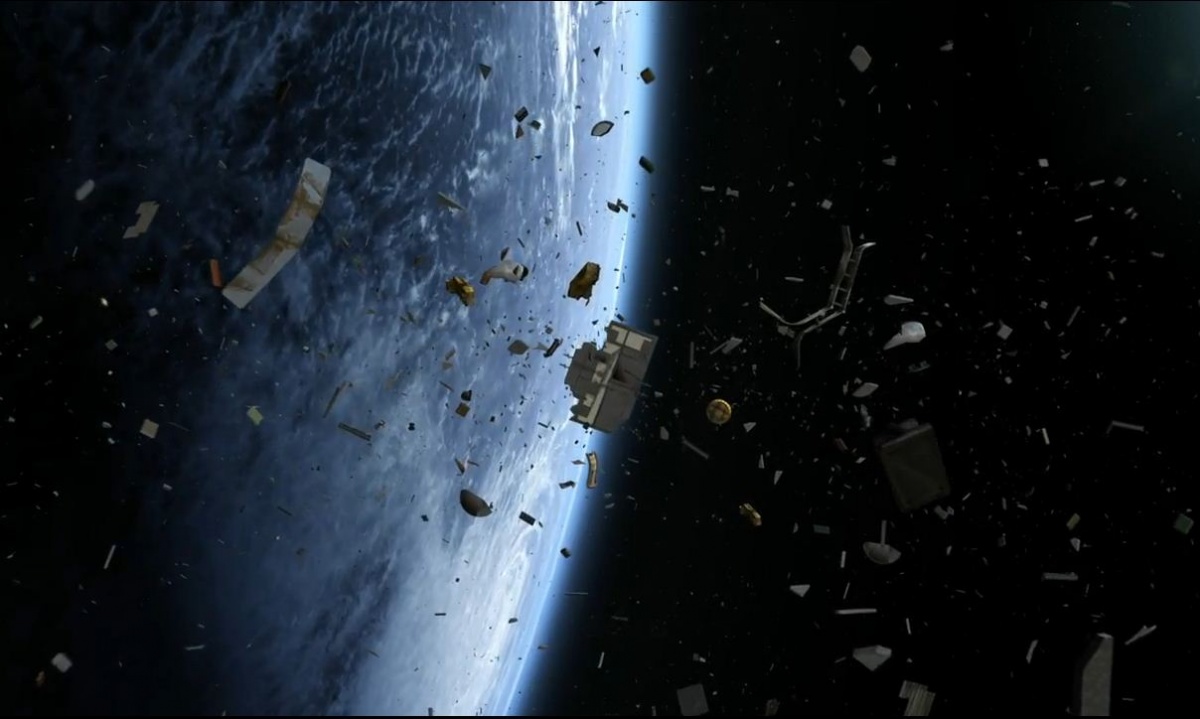 Rise of atmospheric carbon dioxide in upper level of Earth’s atmosphere is expected to gradually result in a cooler, more contracted high-altitude atmospheric layer or thermosphere, and a consequent reduction in the atmospheric drag experienced by satellites, according to  a statement from the Naval Research Laboratory. New study published in the journal Nature Geoscience, explains that contracted thermosphere reduces atmospheric drag on satellites, which causes changes in orbits of satellites by drawing them closer to Earth. For example, ISS needs to use on-board engines to maintain the course and orbit. Already unstable orbital debris environment is threatened by chaos. 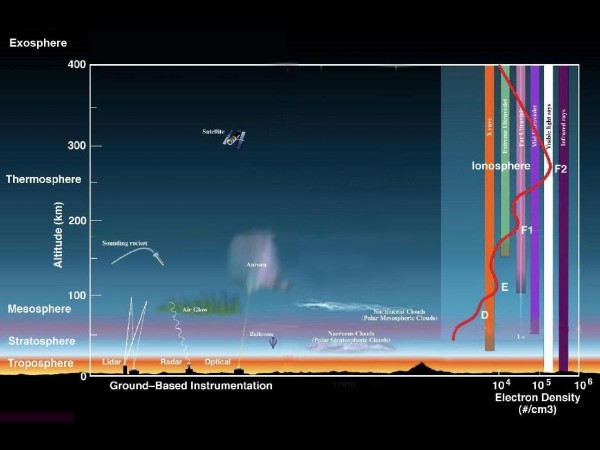 This diagram shows the layers within Earth’s atmosphere (Credit: NASA) CLICK ON THE IMAGE FOR LARGER VIEW

Scientists warn  that a build-up of carbon dioxide in the upper levels of Earth’s atmosphere can cause a faster accumulation of man-made space junk, resulting in more collisions. Paper “Observations of increasing carbon dioxide concentration in Earth’s thermosphere” by Emmert, Stevens, Bernath, Drob & Boone, published in Nature Geoscience, present direct evidence that CO2 concentrations in the upper atmosphere – probably the primary driver of long-term thermospheric trends – are increasing. Scientists worked for eight years analysing of CO2 and carbon monoxide mixing ratios derived from satellite-based solar occultation spectra. An estimated global increase in carbon dioxide concentrations is about 10 ppm per decade faster than predicted by an upper atmospheric model. Scientists suggest that this discrepancy may explain why the thermospheric density decrease is stronger than expected. 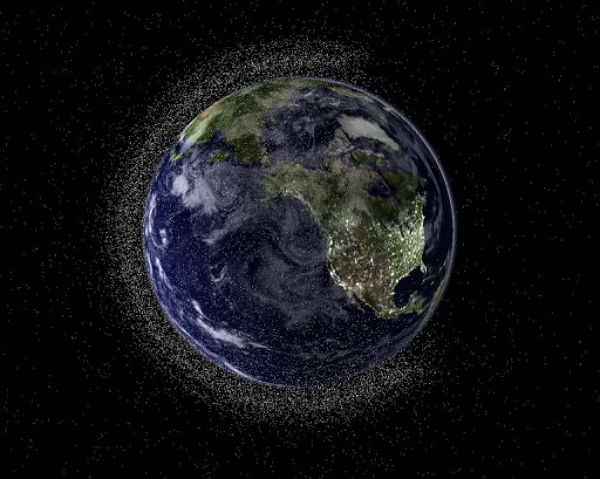 According to space expert Hugh Lewis from University of South Hampton, a cooler troposphere will extend the lifetime of space junk – staying farther out for longer instead of burning up in the lower layers of the atmosphere, closer to Earth. He pointed that space junk will accumulate at a faster rate and we can expect collisions between space objects as a result. He also stated that there would be no increased risk for us on Earth as the rate at which satellites re-enter would be reduced. Services provided from space can be disrupted if an important satellite was destroyed by a collision.

Recently, in mid-October, the explosion of a failed Russian Briz-M rocket upper stage has created one of the biggest orbital debris in recent years – a space junk cloud of 500 pieces. Space junk  in lower-Earth orbit is a constant problem for the ISS, which is currently travelling about 414 kilometers (257 miles) above the Earth. ISS depends mainly on manoeuvering to get out of the way of space debris. 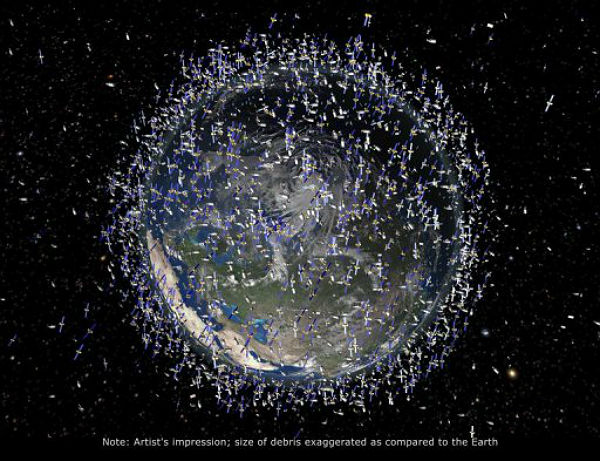 This artist’s impression of debris field in low-Earth orbit based on actual data, not items in their actual size or density. (Credit:  European Space Agency/2011)

Experts estimate that there are more than 21,000 pieces of junk bigger than 10 centimeters (four inches) across. According to NASA, there are around 500,000 pieces between one and 10 cm (half and four inches), while the total of particles smaller than one centimeter (half an inch) probably exceeds tens of millions.

France’s National Centre for Space Studies (CNES) reported four known collisions between tracked objects so far. The European Space Agency (ESA), Japan, Russia and the United States have issued guidelines for mitigating the debris problem, such as designing satellites and spacecraft so that they can be deliberately “de-orbited,” using a fuel reserve, rather than let them drift in space.