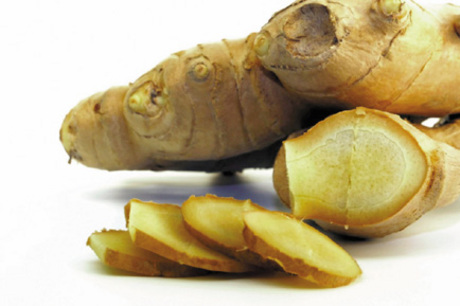 Ginger extract may turn out to be more effective at fighting breast cancer than any drug currently on the market – so suggest the findings of a new study conducted by researchers from the Biological Sciences Department, Faculty of Sciences, King Abdulaziz University, Saudi Arabia, and published in the Journal of Biomedicine and Biotechnology.

In their paper, the researchers note that in spite of the high global toll of breast cancer, conventional drug therapies are of only middling effectiveness, often with serious side effects.

“Despite significant advances toward targeted therapy and screening techniques, breast cancer continues to be a chronic medical problem worldwide, being the most common type of cancer in women and the leading cause of death,” they write.

“Typically, the treatment of breast cancer involves hormonal therapy with … selective estrogen receptor (ER) modulators. However, almost all patients with metastatic disease and approximately 40 percent of patients that receive

The researchers also note that ER antagonists have little to no effectiveness against ER-negative breast cancer, and that the drugs may have such severe side effects that their usefulness becomes limited. In addition, many breast cancer cells are able to develop resistance to cancer drugs within the course of a single treatment.

“Thus, identification of novel agents that are relatively safe but can suppress growth of both ER-positive and ER-negative human breast cancers is highly desirable,” they write.

The researchers exposed breast cancer cells in the laboratory to a crude extract of ginger (Zingiber officinale). They found that ginger exhibited a highly prized anti-cancer trait known as selective cytotoxicity: it inhibited the reproduction of cancer cells while leaving healthy cells largely unaffected. No conventional cancer treatment on the market exhibits this property.

More specifically, ginger appeared to positively modulate a large number of molecular anti-cancer mechanisms, including induction of programmed cell death (apoptosis), up-regulation of the apoptosis gene Bax, down-regulation of numerous ancer-associated genes and proteins, increased expression of cancer-fighting proteins and inhibition of cancer-associated enzymes. Although the researchers were not able to explain these molecular effects, the evidence in their favor was striking.

“Ginger may be a promising candidate for the treatment of breast carcinomas,” the researchers concluded.

If further studies bear out ginger’s utility as a breast cancer treatment, it could revolutionize the entire field of cancer medicine, since ginger extract could easily be produced cheaply and in large quantities, and likely would have few or no side effects.

Previous studies have already shown ginger to have a breast cancer-fighting effect. More specifically, at least one study has shown that the ginger compound <6 >-Gingerol hampers metastasis in breast cancer. Other studies have suggested that ginger extract or ginger components have the ability to fight other cancers, including those of the colon or rectum, liver, lungs, pancreas, prostate and skin (including melanoma).

Perhaps the findings should not be surprising. After all, ginger is one of the oldest known medicinal foods. Probably originally cultivated in southern China, ginber rapidly spread throughout Asia and the Spice Islands and from there, eventually to West Africa, the Caribbean and India. Today it is widely consumed as a food, spice and medicine in cultures across the world.

Scientific studies have linked ginger to no fewer than 100 different health benefits – from its well-known anti-nausea and digestive-aid properties to anti-microbial, anti-inflammatory and heart health-promoting effects.