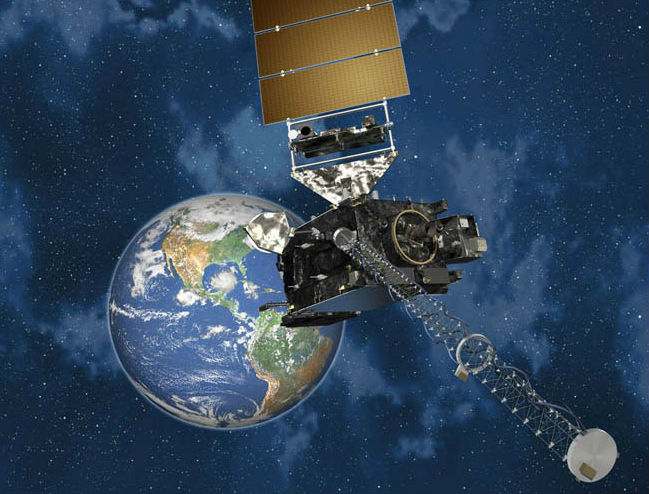 The U.S. National Oceanic and Atmospheric Agency (NOAA) on Sept. 24 said it has moved a spare geostationary weather satellite, GOES-14, into position to replace the GOES-13 satellite that suffered an unexplained outage Sept. 23 that engineers have been unable to fix. GOES-14 will remain the primary GOES satellite over the Atlantic basin and Continental U.S. until the imager and sounder data issues on GOES-13 can be fully diagnosed and hopefully fixed.

NOAA’s geostationary satellites are typically centered over 75 degrees west longitude (GOES East) and 135 degrees (GOES West). However, when the satellite in the GOES East position began having data quality issues, the backup satellite GOES-14 was called into service. From its position at 105 degrees west longitude, it has been acting as GOES East for the past week. NOAA has decided that it is time to move GOES-14 into the traditional GOES East spot in space, replacing GOES-13. The maneuver began on October 1, 2012 and will take 33 days. At that time, GOES-13 will be moved into a storage spot where work to diagnose and fix the data quality issues from the imager and sounder instruments will continue. (NNVL) 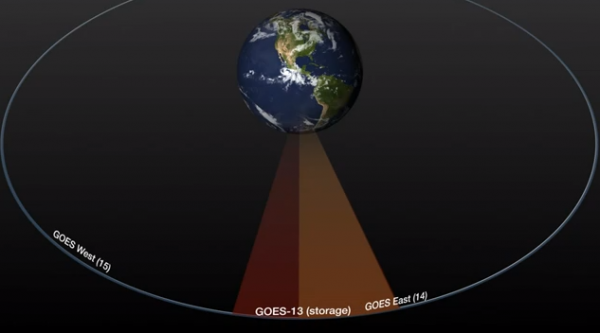