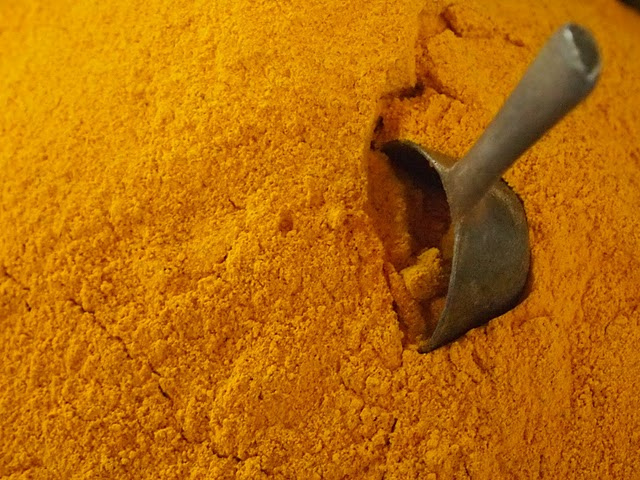 It’s a wonder people spend billions of dollars on woefully ineffective and even harmful pharmaceuticals when our own spice racks contain so much natural healing power. And now, many recent studies back the millennia-old claims that spices have powerful healing properties.

Here are 5 organic spices possessing amazing healing properties to bolster your well-being and protect you from illness and disease.

Popularly known to give Turkish coffee its distinctive flavor, cardamom is actually an Indian seed. Crush cardamom in a mortar and pestle or grinder and add to coffee, ginger tea with honey, or a rice dish to harness its ability to aid in digestion and ease problematic (and often embarrassing) flatulence.

Cardamom can be used to improve digestion, help with with stomach cramps, and provide benefit for those suffering from flatulence and gas. According to the “Encyclopedia of Natural Medicine,” cardamom has been used by herbalists as a digestive aid for centuries. Further, some see it as a possible treatment for treating worms in your intestines, such as the University of Maryland Medical Center.

This spice is a must-have in every kitchen. Compounds in cinnamon—eugenol and cinnamaldehyde—also have pain-relieving and sedative properties, respectively. The key is to add cinnamon to healthy recipes — those not laden with inflammatory sugars and hydrogenated vegetable oils — to make sure the final product stays as healthy as the spice.

People have been using cinnamon for diabetes for as long as anyone can remember. For a study published in the Journal of Diabetic Medicine, researchers divided adults with type 2 diabetes into 2 different groups. Those on the daily regimen of cinnamon experienced lower fasting glucose (blood sugar) levels than the other group and showed reduced body fat overall. See here why cinnamon for diabetes is so popular.

Its anti-inflammatory properties and cancer-fighting abilities could also help patients with leukemia and lymphoma cancer. According to animal studies by the Gwanju Institute of Science and Technology in Korea, cinnamon has an anti-tumor effect and leads to cancer cell death.

Check out more of the benefits of cinnamon.

Research from the Miguel Hernandez University found that cloves (Syzygium aromaticum) are the “best” natural antioxidant. The study examined five antioxidant properties, with cloves showing amazing results for each. They contain high levels of phenolic compounds, which have antioxidant, anti-inflammatory, and anti-clotting properties.

Since cloves are so high in antioxidants and have anti-inflammatory and anti-clotting properties, it is a great ingredient to add into home remedies for arthritis, congestion, indigestion, and toothache, even Athlete’s foot. Brew clove tea by steeping 1 teaspoon of cloves in boiling water for several minutes. Add honey, milk, and/or lemon juice to taste.

Known for its ability to positively influence over 586 diseases according to peer-reviewed research from leading universities, turmeric is possibly the king of spices. In various studies and continuously conducted research, turmeric has been shown to be a powerful fighter of cancer, possessing both preventing and healing properties. One study shows that curcumin, a powerful active compound in trumeric, is a naturally powerful anti-cancer compound that has been shown to decrease brain tumor size in animals by 81 percent in more than 9 studies. Researchers at UCLA have even found that curcumin is able to block cancer growth.

The spice has also been shown to:

A close cousin of the famed turmeric, ginger’s own fame dates back thousands of years to Asia and India. For centuries, ginger has been used as an effective cure when it comes to common cough and cold. Even when the symptoms become severe, using this as tea will alleviate sore throat, itchiness, coughing and even blocked nasal passages. But on a more serious note, its many antioxidants and anti-inflammatory properties also make it a possible treatment for cancer.

Ginger also calms upset stomachs and nausea, so drink ginger tea with honey and milk (try coconut milk for a vegan option) to help with morning sickness, motion sickness, and hangovers. The health benefits of ginger are truly abundant, and should not be overlooked.