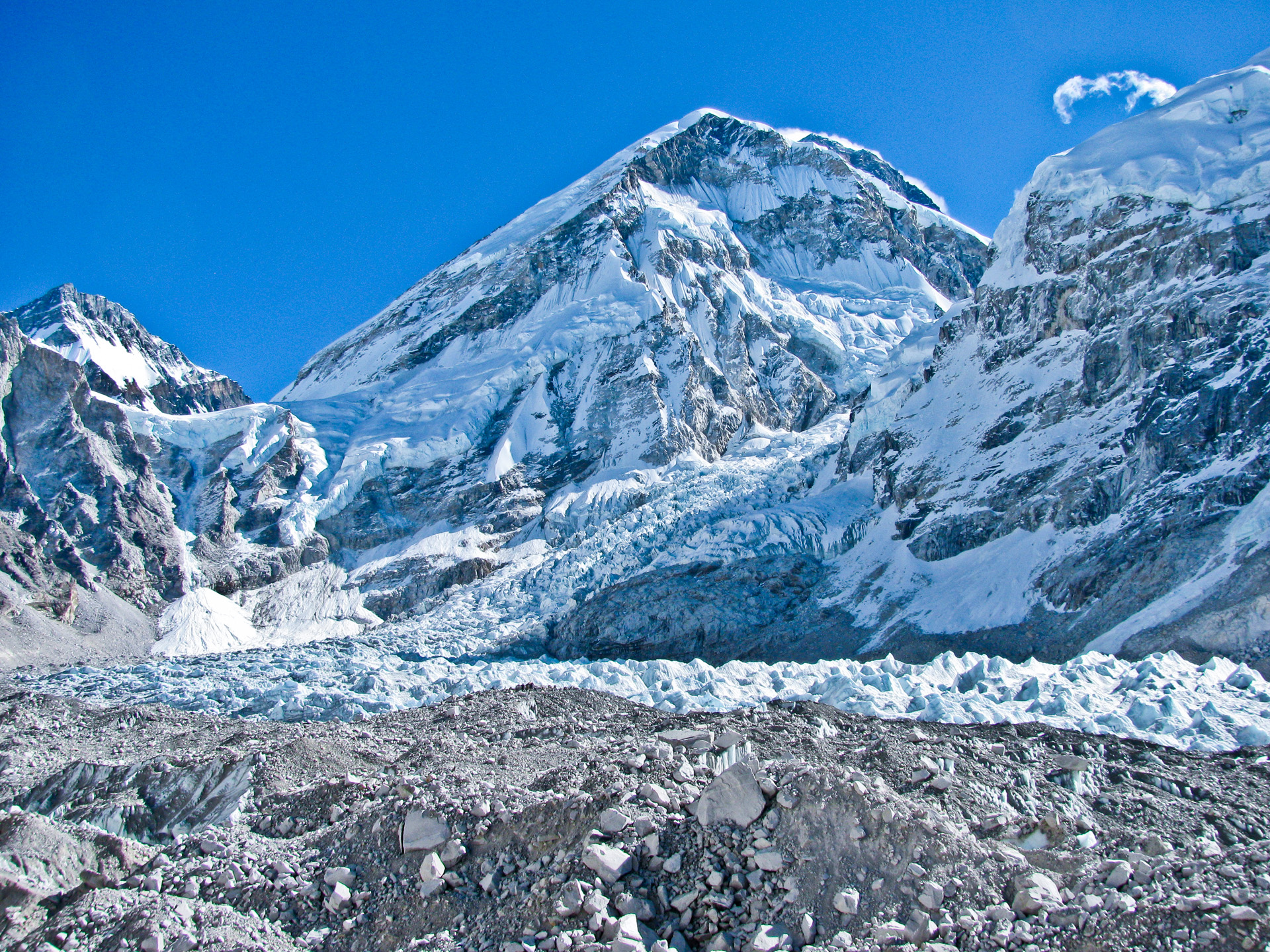 Glacial  reservoirs are among largest  freshwater deposits on Earth. About 1% of global sea level rise is caused by melting – that’s about 3-4% of the total  global glaciers and ice caps. However, researchers don’t have enough data considering regional behaviour of glacial melting. One of such region is Himalayan massive, especially HinduKush – Karokoram – Himalaya region , a 2000 km long group of mountain ranges in Asia. It contains about 60 000 square kilometers of glacier, glacierets and perennial surface ice. 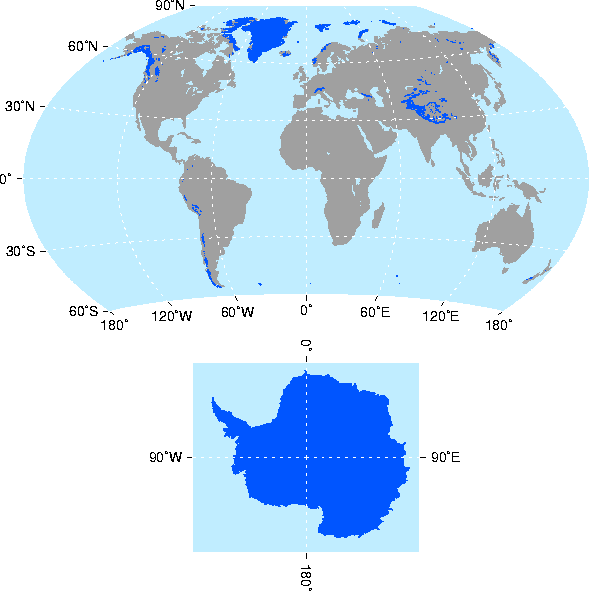 New datasets from Earth-observing satellites provided the first overview mapping of Himalayan glaciers. ESA’s Globglacier and Glacier CCI projects used laser altimeter data from NASA’s ICESat mission and combined them with a digital elevation model from the Shuttle Radar Topography Mission and optical data from the Landsat mission to map glacial thickness changes in HKKH for 2003–09. The laser altimeter data were extracted for different types of glacier surfaces derived from the Landsat data and compared with the digital elevation model to obtain elevation differences over time. 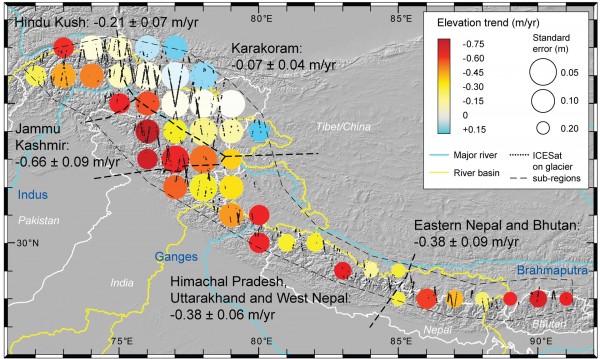 Researchers found that the glacier in the region lost 12 gigatons per year over period 2003-2008. This rate of ice melt is much faster than previously reported. Considering significant subregional variations related to different climate and glaciology pattern, researchers reported that glaciers thinned by 0.26m per year on average. The fastest melting is reported in Jammu – Kashmir subregion  where thinning rates reached around 0.66m per year.

Glacial runoff has a different effect on the nearby Indus and Ganges River basins. The changes in mass of the glaciers generated between 2 and 3.5% of the total discharge into these rivers and their tributaries. Upper Indus basin receives almost 10% of meltwater.

The article, ‘Contrasting patterns of early 21st-century glacier mass change in the Himalayas’ outlined a study which is published in Nature.