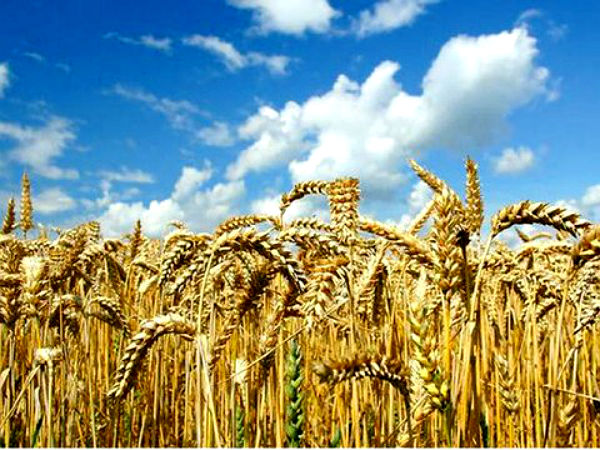 As food prices creep up again for the third time in five years, concerns about global food security are also on the rise. The United Nations has reported a climb in global food prices after experiencing a decline over the past three months.

Since many countries affected by drought are important players in the global grain markets, the effects have been strongly felt across the world, nowhere more so than in importing countries. Poor consumers in import-dependent countries are likely to be hardest hit, especially if governments have limited capacity to expand safety nets.

The FAO Food Price Index climbed 6% in July 2012 after three months of decline. The Index, which measures  the monthly change in the international prices of a basket of food commodities, averaged 213 points, up 12 points from June. However, that was still well below the peak of 238 points reached in February 2011.

The Index’s sharp rebound was mostly driven by a surge in grain and sugar prices. International prices of meat and dairy products were little changed. The FAO Cereal Price Index averaged 260 points in July, up 17 percent, or 38 points, from June. That was 14 points below its all-time high of 274 points in April 2008.

The severe deterioration of maize crop prospects in the United States following extensive drought damage pushed up maize prices by almost 23 percent in July. International wheat quotations also surged 19 percent amid worsened production prospects in the Russian Federation and expectations of firm demand for wheat as feed because of tight maize supplies.

However international rice prices remained mostly unchanged in July, with the FAO overall Rice Price Index stable at 238, barely one point above June. 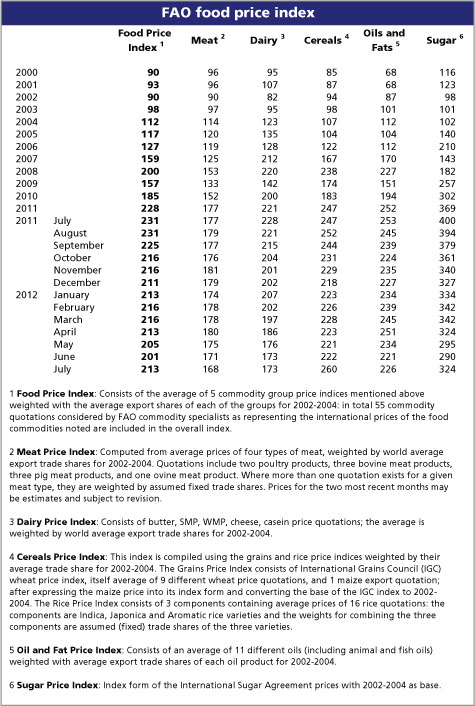 July also saw a sharp increase in the FAO Sugar Price Index, which leaped 12 percent, or 34 points, from June to a new level of 324 points. The upturn, ending a steady fall since March, was triggered by untimely rains in Brazil, the world’s largest sugar exporter, which hampered sugarcane harvesting. Concerns over India’s delayed monsoon and poor rains in Australia also contributed. 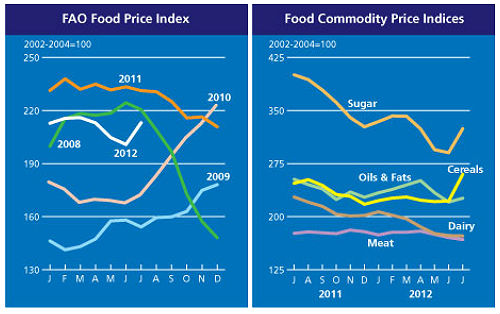 The FAO Food Price Index is a measure of the monthly change in international prices of a basket of food commodities. It consists of the average of five commodity group price indices (representing 55 quotations), weighted with the average export shares of each of the groups for 2002-2004. Monthly release dates for 2012: 12 January, 09 February, 08 March, 05 April, 03 May, 07 June, 05 July, 09 August, 06 September, 04 October, 08 November, 06 December.