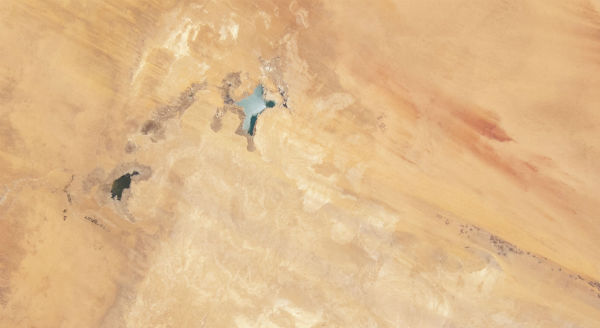 Egypt’s Toshka Lakes were created in the 1980s and 1990s by the diversion of water from Lake Nasser through a manmade canal into the Sahara Desert. Flooding of the Toshka Depression created four main lakes with a maximum surface area of about 1450 square kilometers—around 25.26 billion cubic meters of water. As of as of 2006 the levels of the lakes are lower than in 2001, and areas of wetlands and sand dunes have formed between the former and present shorelines. The amount of stored water was reduced by 50 percent. A minor lake downstream of the three larger lakes has completely dried out. The levels of the lakes vary between 175 metres (574 ft) for the one closest Lake Nasser to 144 metres (472 ft) for the one furthest downstreams.

Observations made by astronauts aboard ISS on June 2012, revealed that water filled only the lowest parts of the main western and eastern basins—representing a surface area of 307 square kilometers, or roughly 80 percent smaller than in 2002. Water is almost completely absent from the central basin.

From space, astronauts documented the first lake—the easternmost one—in 1998. The lakes grew progressively as water flowed further west into each depression, with the westernmost basin filling between 2000 and 2001. The two astronaut photographs above, both taken from the International Space Station, indicate that the lakes were largely depleted by mid-2012, whereas water levels were at their highest in 2002. The lakes extended 110 kilometers from west to east in 2002. (EarthObservatory) 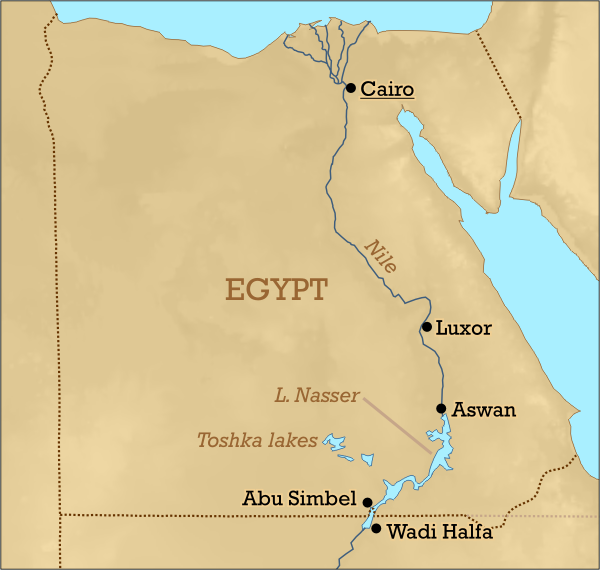 Astronaut photograph ISS031-E-148455 (top) was acquired on June 21, 2012, with a Nikon D2Xs digital camera using a 14 mm lens. Astronaut photograph ISS005-E-13562 (bottom) was acquired on September 11, 2002, with a DCS760C digital camera using an 80 mm lens. Both images are provided by the ISS Crew Earth Observations experiment and Image Science & Analysis Laboratory, Johnson Space Center. The images were taken by the Expedition 5 and Expedition 31 crews. They have been cropped and enhanced to improve contrast, and lens artifacts have been removed. The International Space Station Program supports the laboratory as part of the ISS National Lab to help astronauts take pictures of Earth that will be of the greatest value to scientists and the public, and to make those images freely available on the Internet. Additional images taken by astronauts and cosmonauts can be viewed at the NASA/JSC Gateway to Astronaut Photography of Earth.Caption by M. Justin Wilkinson, Jacobs/ESCG at NASA-JSC.