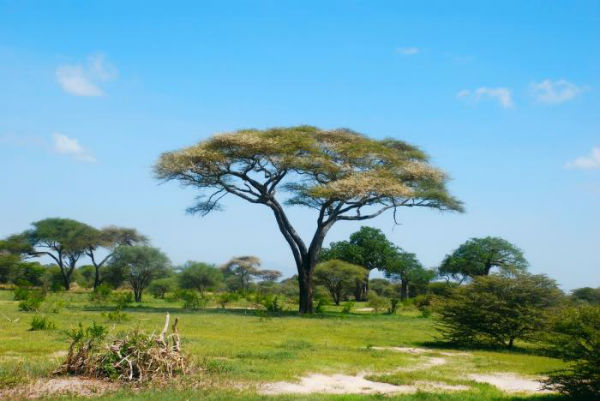 Recent changes in the levels of atmospheric carbon dioxide are forcing the African savannas to change into forests. Researchers believe that by the end of this century large swathes of land that was once savanna could have transformed into forest.

The study hypothesized that fertilisation by atmospheric carbon dioxide is forcing the change. The switch will take place at a different time for each area of savanna, adhering to individual thresholds for carbon dioxide concentration. Previous experimental studies have generally shown that plants do not show a large response to carbon dioxide fertilisation.

Most of these studies were conducted in northern ecosystems or on commercially important species. Only one experimental study has investigated how savanna plants will respond to changing CO2 concentrations and this study showed that savanna trees were essentially CO2 starved under pre-industrial CO2 concentrations, and that their growth really starts taking off at the CO2 concentrations we are currently experiencing. The potential for regime shifts in a vegetation formation that covers such vast areas is what is making earth system scientists turn their attention to savannas.

This study found that locations where the temperature rise associated with climate change takes place rapidly are locations more likely to switch later to forest as the high rate of temperature increase allows the savanna grasses to remain competitive for longer in the face of rising atmospheric carbon dioxide. But because each region will undergo this catastrophic shift at its own time – unrelated to other neighbouring regions – the cumulative shock to the Earth system will be less.

When viewed on geological time scales, these changes are still rapid explains Steven Higgins, lead author of the study from the Biodiversity and Climate Research Centre and Goethe-University.

The study identified a belt that spans the northern central region of Africa where fire suppression would encourage savannas to transition into forests. If the savannas are set to be replaced by forests, the native flora and fauna of the savannas is likely to disappear. On top of over-grazing, plantation forestry, and crop production, the savanna ecosystem is well on its way out the door.

The study is published in the journal Nature by researchers from the Biodiversity and Climate Research Centre and the Goethe University Frankfurt.