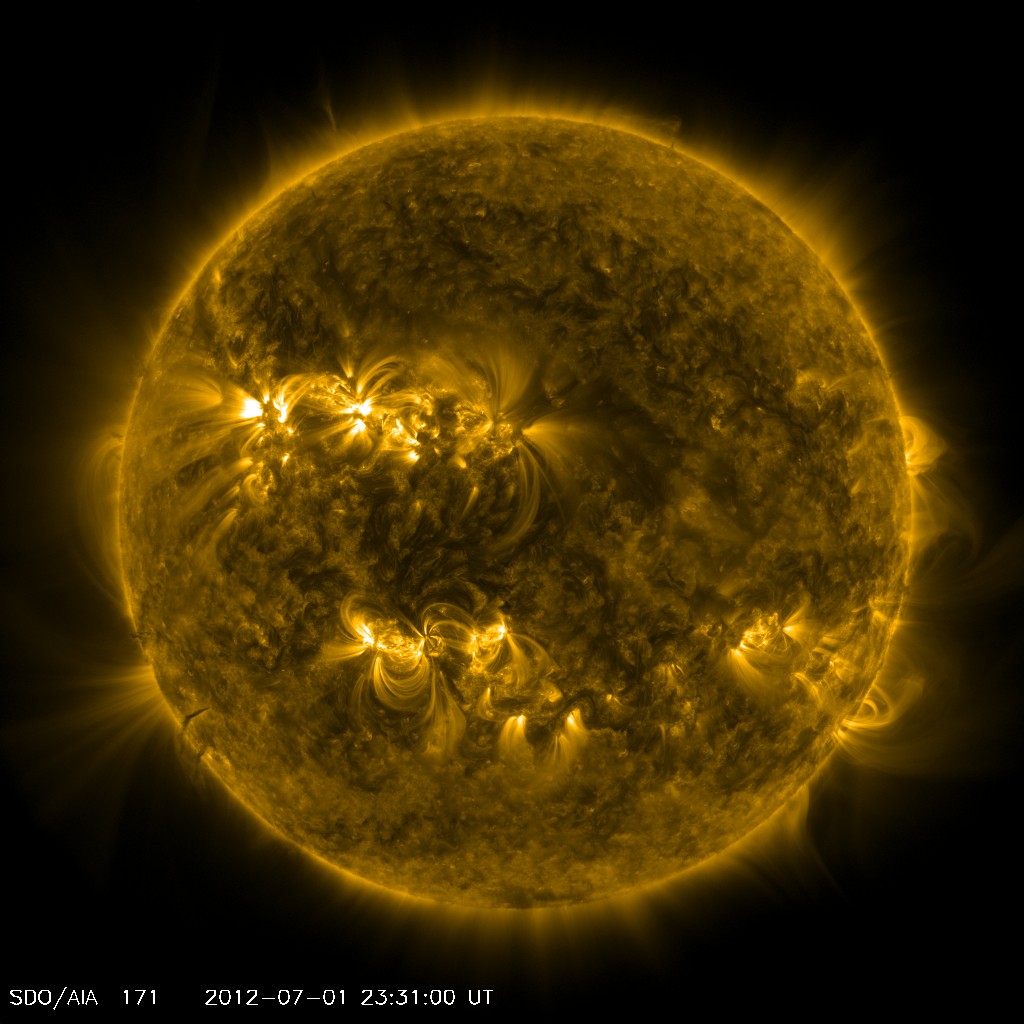 Solar Activity Forecast: Solar activity is expected to be moderate with isolated M-class flares likely for the next three days (02-04 July).

Geophysical Activity Summary 30/21:00 to 01/21:00 UTC: The geomagnetic field was unsettled to active during the past 24 hours due to coronal hole high speed stream (CH HSS) effects. Minor storm periods were observed at high latitudes along with an isolated major storm period from 01/0900-1200Z. Solar wind speeds were steady at approximately 650 km/s with a total field strength of 5 nT throughout the period. The greater than 2 MeV electron flux at geosynchronous orbit reached high levels during the period.

Auroras are dancing around the poles in response to a high-speed solar wind stream buffeting Earth’s magnetic field. Stefan Christmann sends this picture from icy Atka Bay in Antarctica:
Solar flux 133 and estimated planetary A-index 19. The estimated planetary K-index at 2100 UTC on 01 July was 3.

NOAA forecasters estimate a 40% chance of continued geomagnetic activity as the solar wind continues to blow.