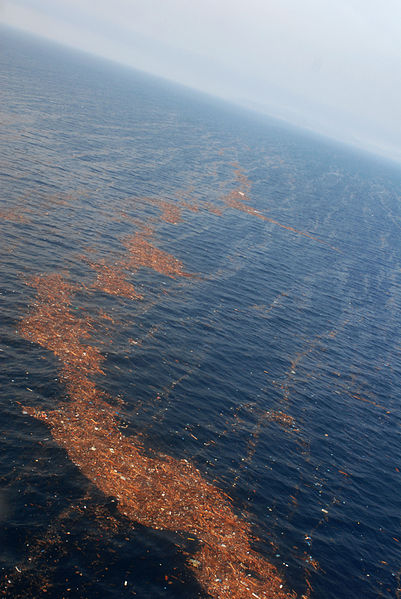 Trace amounts of radioactive cesium released from Japan’s crippled Fukushima Daiichi nuclear power plant have been found in bluefin tuna caught off the western coast of the United States, according to a study in the Proceedings of the National Academy of Sciences.

While the amounts are not considered a health hazard, the detection reflects the magnitude of the nuclear disaster, which resulted in the release of massive amounts of radioactive materials into the atmosphere and sea.

A Stanford University researcher and two others wrote that they have found “unequivocal evidence” that the tuna transported across the Pacific Ocean radioactive cesium released in the disaster triggered by the powerful earthquake and tsunami in March last year.

“We were frankly kind of startled,” said Nicholas Fisher, one of the researchers reporting the findings online Monday in the Proceedings of the National Academy of Sciences.

The levels of radioactive cesium were 10 times higher than the amount measured in tuna off the California coast in previous years. But even so, that’s still far below safe-to-eat limits set by the U.S. and Japanese governments.

The results “are unequivocal. Fukushima was the source,” said Ken Buesseler of the Woods Hole Oceanographic Institution, who had no role in the research.

Bluefin tuna absorbed radioactive cesium from swimming in contaminated waters and feeding on contaminated prey such as krill and squid, the scientists said. As the predators made the journey east, they shed some of the radiation through metabolism and as they grew larger. Even so, they weren’t able to completely flush out all the contamination from their system.

Featured image: PACIFIC OCEAN (March 13, 2011) An aerial view of debris from an 8.9 magnitude earthquake and subsequent tsunami that struck northern Japan. The debris was inspected by a helicopter-based search and rescue team from the aircraft carrier USS Ronald Reagan (CVN 76). Ships and aircraft from the Ronald Reagan Carrier Strike Group are searching for survivors in the coastal waters near Sendai, Japan. (U.S. Navy photo by Mass Communication Specialist 3rd Class Dylan McCord/Released). commons.wikimedia.org