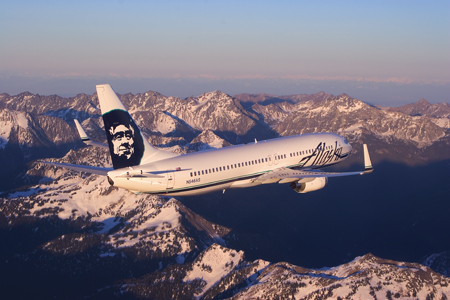 Hundreds of Alaska Airlines flight attendants have filed a formal complaint about uniforms they suspect might be causing their skin to rash and develop lesions, and their hair to fall out. But based on the timing of the symptoms and their relation to similar symptoms in local marine life and polar bear populations, it appears as though radiation from the Fukushima Daiichi nuclear disaster may also be a potential culprit.

KING 5 News in Seattle, Wash., first broke the news about the “mystery illness” that has reportedly affected at least 280 flight attendants thus far. According to accounts, those afflicted by the condition say they have developed persistently itchy skin, skin lesions, and hair loss, all of which they suspect may have to do with newer flight uniforms that allegedly contain tributyl phosphate, a toxic organophosphorus compound linked to skin problems (http://www.rightdiagnosis.com).

But not everyone is convinced that the uniforms are to blame, including Alexander Higgins who recently connected the dots to discover a potential link to the Fukushima Daiichi disaster. After comparing the flight attendants’ symptoms to those reported on polar bears and marine life from the northwest U.S. throughout the past year, the timing and correlation of the two is highly suspect.

Back in April, AlaskaPublic.org reported that an alarming number of polar bears living in the Beaufort Sea, which is located just north of Alaska and Canada’s Yukon and Northwest Territories, were turning up with skin lesions and Alopecia, which is another name for hair loss. And before the polar bears, it was apparently ice seals and walruses living in the arctic that were suffering similar symptoms (http://www.alaskapublic.org).

Upon these discoveries, it seemed as though scientists and biologists tried every which way to avoid tagging nuclear radiation as the cause, blaming viruses, bacteria, and other factors as potential causes. But all of these hypotheses have failed, under further scrutiny, to prove true, which leaves one major elephant in the room that is not being discussed: nuclear fallout from the Fukushima Daiichi disaster.

Based on the timing of when these creatures began to suffer their horrible symptoms, as well as the nature of their symptoms, it appears as though radiation from Fukushima may at least be one of the causes of this mystery disease. And the striking similarity of the animals’ symptoms to those of the Alaska Airlines flight attendants points even more heavily towards a nuclear radiation link in the latter case as well.

In any case, there is little or no chance that the mainstream media, the Association of Flight Attendants, or any other prominent group will dare question radiation of Fukushima as a cause. After all, the public has been deliberately left in the dark the whole time about the true severity of Fukushima radiation, which we recently reported has been far worse than what we have all been told in the official story (http://www.naturalnews.com/035847_plume-gate_Fukushima_radiation.html).

Sources for this article include:
http://blog.alexanderhiggins.com