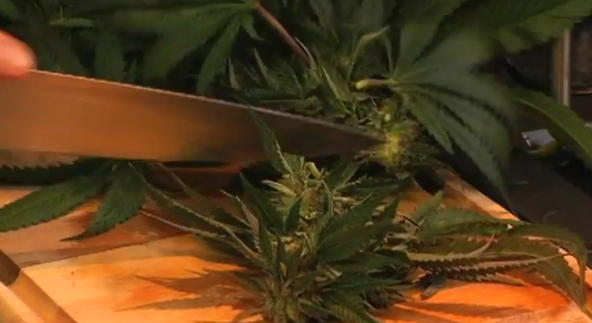 Contrary to popular belief, the marijuana plant is a whole lot more than just a psychoactive drug that “stoners” use to get high. In raw form, marijuana leaves and buds are actually loaded with a non-psychoactive, antioxidant, anti-inflammatory, and anti-cancer nutrient compound known as cannabidiol (CBD) that is proving to be a miracle “superfood” capable of preventing and reversing a host of chronic illnesses.

Though you may not have heard much about it, the CBD found in the marijuana plant — marijuana is technically just a vegetable, by the way — is a highly medicinal substance with unique immune-regulating capabilities. Since the human body already contains a built-in endogenous cannabinoid system, complete with cannabinoid receptors, inputting CBD from marijuana can help normalize the body’s functional systems, including cell communication and proper immune function.

The way CBDs work is that they bridge the gap of neurotransmission in the central nervous system, including in the brain, by providing a two-way system of communication that completes a positive “feedback loop,” according to Dr. William Courtney, a medical marijuana expert and founder of Cannabis International. As opposed to a one-way transmission, which can promote chronic inflammation of healthy tissue, the unique two-way transmission system engaged by marijuana CBDs mimics the body’s own natural two-way communications system.

So individuals whose systems are compromised by autoimmune disorders, cellular dysfunction, chronic inflammation, cancer cells, and various other illnesses can derive a wide range of health-promoting benefits simply by consuming CBDs. And one of the best ways to obtain CBDs is to juice raw marijuana leaves and buds, according to Dr. Courtney, who currently runs a clinic in Luxembourg that provides raw cannabis medicinal services to patients in need.

“CBD works on receptors, and as it turns out, we have cannabinoids in our bodies, endogenous cannabinoids, that turn out to be very effective at regulating immune functions, nerve functions, bone functions,” says Dr. Ethan Russo, a Seattle, Wash.-area physician who is also a senior advisor to GW Pharmaceuticals, a British drug company that is utilizing CBDs in a new marijuana mouth spray known as Sativex.

“There’s a tendency to discount claims when something appears to be good for everything, but there’s a reason this is the case. The endogenous cannabinoid system acts as a modulator in fine-tuning a lot of these systems, and if something is deranged biochemically in a person’s body, it may well be that a cannabinoid system can bring things back into balance.”

Be sure to check out these amazing videos from Cannabis International that explain more about how raw cannabis, and specifically the CBDs found inside the plant, work to promote health and reverse disease:

While some U.S. states like California and Colorado are beginning to recognize and accept that marijuana has legitimate therapeutic value, the federal government continues to classify marijuana as a Schedule 1 drug with “no currently accepted medical use.” And as long as it remains classified in this way, most Americans will never have the opportunity to experience the healing potential of this vital superfood.

But Cannabis International and other groups are continuing to educate the public about why marijuana is a food essential, and how legalizing it could change the world. To learn more, be sure to visit:
http://www.cannabisinternational.org/

Leave a Reply to How To Pitch: | Juicing Cancel reply