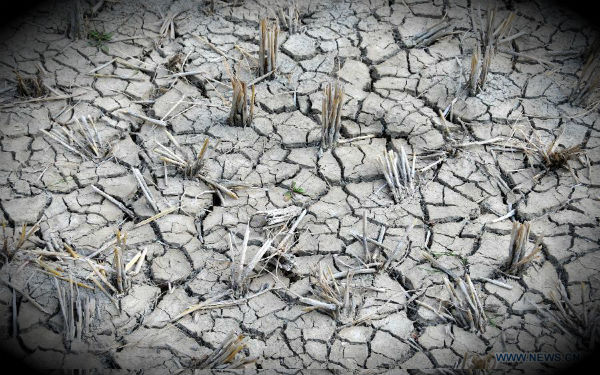 Parts of China are entering the third year of an extreme drought that has affected more than 7.8 million people and 4.6 million livestock. More than 2 million are struggling for access to clean drinking water with many having to travel many miles each day just to fill jugs with water. More than 4 million hectares of croplands have been hit by the drought leading to millions of dollars in losses for farmers. The drought relief authorities and the Ministry of Water Resources are keeping a close eye on the development of the drought.

China’s ongoing severe drought has hit 13 Chinese provinces, having an adverse impact on agricultural production according to the country’s drought relief authorities. Some of the hardest hit areas include the important crop producing province of Sichuan, where more than 10% of China’s single season rice crop is produced. Areas from Sichuan northeast to Shanxi have received less than 25% of normal precipitation over the past year, while areas farther south and east have fair better but still only 40-60% of normal. Northeast China has also faced agricultural difficulties this year as a cold winter and early spring has led to frozen ground and spring plowing delays. 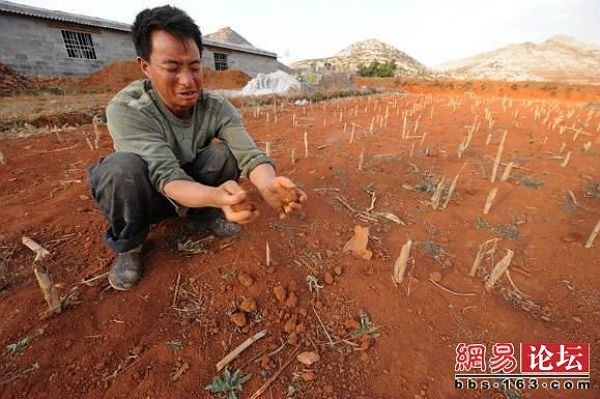 Also, a shortage of snow throughout the winter has caused low soil moisture heading into the planting season.Yunnan is China’s second-largest cane sugar-producing province. The usual cane planting area is approximately 11 million acres. The prolonged drought has impacted almost 90 percent of sugar cane plantations. So far 988,000 acres, equivalent to 1.5 million tons of sugar, have become a total loss.

China Daily reports that since December northeast China has seen its lowest amount of snow in the past 60 years. Also the Fengman Reservoir, the largest in the Jilin province, registered its lowest water level since 1995. Kong Chuizhu, Yunnan’s deputy governor, said in a meeting on Feb. 27 that 273 rivers and 413 reservoirs have dried up, and the total remaining water stored in reservoirs in the entire province was merely 151 billion cubic feet, state-run Xinhua News reported. What makes things worse is that the meager amount of water at the bottom of ponds and rivers is mostly seriously polluted. 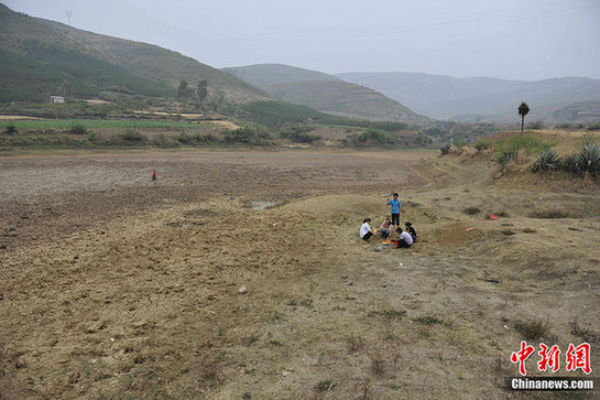 Natural disasters left 66 people dead or missing, and affected some 21.78 million people in the first quarter in the Chinese mainland according to the Ministry of Civil Affairs (MCA) and National Disaster Reduction Committee (NDRC). Drought, extremely low temperatures, snow, quake and landslides were the main natural phenomena during the period, but the overall damage inflicted by the disasters was not as serious as in previous years, the statement said. Various natural disasters in China have affected 440 million people and created over 311 billion yuan in direct economic losses last year.

Featured image: Cracks on a farmland affected by a persistent drought at Jinhe Village of Hongge Town in Panzhihua, southwest China’s Sichuan Province on Feb. 23, 2012. The drought, striking the area since last year as a result of insufficient rainfall, has threatened the locals’ with limited access to drinking water. Measures are now being taken to relieve the pressures of water supply. (Credit: Xinhua/Hai Mingwei)

Leave a Reply to Breaking the Back of Humanity | Dr. Sircus Cancel reply