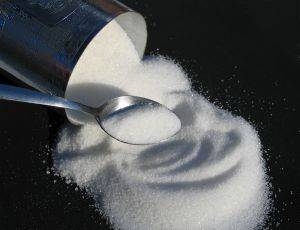 The laws governing the sale of drugs and food additives require substances be safe for human consumption. The artificial sweetener aspartame primarily consumed in beverages and as a popular sugar substitute has consistently been found to cause tumors and brain seizures in animal subjects. In 2005, a European Cancer Research Center, the Ramazzini Foundation, called for an urgent re-examination of aspartame in food and beverages to protect children. This call is made in the face of the US FDA stand that aspartame is safe for human consumption on the ground that “aspartame as a carcinogen is not supported by data.”

As early as 1960 aspartame was determined to be a dangerous chemical and the emerging research years later only served to affirm the true nature of this artificial sweetener. Over the years, aspartame has been found to create holes in brain tissue, adversely affect the brain and nerve development in the fetus, cause cancer, migraines, headaches, seizures, convulsions and even retinal damage. With this amount of negative findings, aspartame should have been removed from the market years ago!

Ironically, aspartame was indeed removed from the market after it was already approved for limited use based on tests selected by Searle, the company who originally produced the artificial sweetener. This was after Dr. John Olney, a research psychiatrist from Washington School of Medicine, revealed that consumption of aspartic acid, a major ingredient in aspartame, produced holes in the brains of animal subjects.

After two task forces that found questionable laboratory practices as well as findings, the FDA ordered a grand jury investigation of aspartame studies, but lawyers for the government failed to initiate a legal action against Searle. Time ran out, and the grand jury investigation had to be terminated. Of interest to note was that one of the lawyers for the government, U.S. attorney William Conlon, later joined the law firm representing Searle.

Unfazed by this setback, the FDA this time recommended a Public Board Inquiry which recommended that aspartame be kept off the market until further tests could prove that it did not cause tumors. This led to a formation of another team of experts brought together to look into the Public Board of Inquiry’s conclusions. This team found itself in a deadlock over aspartame approval, causing the FDA Commissioner not to approve aspartame this time.

We can only guess and read between the lines what kind of politics it took to get aspartame approved. After more than 8,000 complaints on Nutrasweet side effects, a list of symptoms attributed to aspartame from complaints submitted to the FDA was made public. This list included among others: hallucinations, diarrhea, seizures, depression, migraine, fatigue and insomnia. Aspartame has also been linked to tumors, cancer and infertility.

Except for a brief declaration that carefully controlled clinical studies showed aspartame is not an allergen, the FDA merely issued an advisory that products containing aspartame must include a warning to phenylketonurics, people sensitive to the compound phenylalanine. It still continues to adhere to its stand that “aspartame as a carcinogen is not supported by data.”

Aspartame was never tested on humans before its approval. Now, it is found in 6,000 products and consumed by more than 250 million people, with Americans consuming around half of the world supply. By default, we have now become the test subjects for aspartame’s safety. Unwittingly we are providing evidence to aspartame’s toxicity through the devastating effects it is slowly producing among its consumers. The list of complaints submitted to the FDA as well as from anecdotal reports does not seem to end anytime soon. If the government chooses to turn a blind eye on aspartame, let us at least choose not to be a willing conspirator and suffer the consequences of being a willing victim.

Sources for this article: