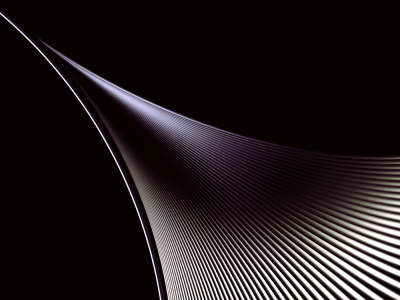 More than 90 years ago doctors and health practitioners discovered the life-saving, disinfectant and germicidal properties in colloidal silver. Anecdotal evidence has confirmed its efficacy as a natural antibiotic, anti-viral and anti-fungal agent. The FDA, however, doesn’t agree and ruled in 1999 that all colloidal silver products sold over-the-counter are unsafe and mis-branded. They state they are unaware of any substantial scientific studies or evidence that support its use for the treatment of serious disease. This is one more area where government regulators being influenced by Big Pharma are attempting to discredit the efficacy of a highly effective natural treatment for infections. Read the details of the FDA ruling here.

Colloidal silver is made by suspending microscopic particles of silver in liquid. Silver has been used for hundreds of years not only medicinally, but as a preservative to keep water and milk fresh because it prevents the growth of algae, bacteria and other unwanted organisms. Colloidal silver was used extensively as a natural antibiotic until the 1940s when the advent of “modern” antibiotics became popular.

Over use of colloidal silver can result in a condition called argyria, where the skin and mucous membranes turn gray or blue-gray in color as a result of the silver particles depositing in the tissues and oxidizing when exposed to air and sunlight. Some people are more prone than others to developing this condition, especially those with low vitamin E and selenium levels and those with slower metabolisms. The first signs of argyria are when the gums turn grayish-brown in color.

There are compelling reasons both pro and con for the medicinal use of colloidal silver; however, in light of the lack of efficacy of many antibiotics and the invention of super drugs to kill super bugs, one wonders where the risk really exists. Should you take larger and stronger doses of super-killing antibiotics that often fail to work to fight infections? Absolutely not! Should you use colloidal silver in large quantities, long term? It’s probably not a great a idea. Will colloidal silver provide an effective medicinal agent for killing noxious bacterial infections, life-threatening flu viruses and systemic fungal infections? Most likely it will, based on the evidence of the past. Individuals choosing to use colloidal silver should use caution and only take it to treat the existing disease, rather than ingesting large doses daily for long periods.

Colloidal silver makes an excellent topical application for scrapes, wounds, cuts and sores, acting as an antiseptic to destroy bacteria. In addition, clinical evidence points to its efficacy in eradicating vaginal yeast fungal infections with topical applications and douching.

Possibly one of the most important medical roles for colloidal silver is it’s ability to destroy deadly pathogens like methicillin resistant staphylococcus aureus, or MRSA, the flesh-eating super bug. The MRSA cure was discovered during research in the 1970s at Syracuse University by Robert O. Becker, M.D. Becker’s research has been all but discredited by the FDA who helped to downplay his findings. Funding for continued research dried up in 1980, forcing Becker to close his lab and stop his research. At that time he was on the verge of huge breakthroughs in human organ and tissue regeneration.

Sources for this article include:
SteadyHealth.com: Colloidal Silver: Benefits, Risks & Side Effects www.steadyhealth.com

Colloidal Silver: The Undisputed Cure for MRSA and Other Deadly Super-Pathogens http://www.colloidalsilvercuresmrsa.com/mrsa_cure.htm

About the author: JB Bardot is trained in herbal medicine and homeopathy, and has a post graduate degree in holistic nutrition. Bardot cares for both people and animals, using alternative approaches to health care and lifestyle.