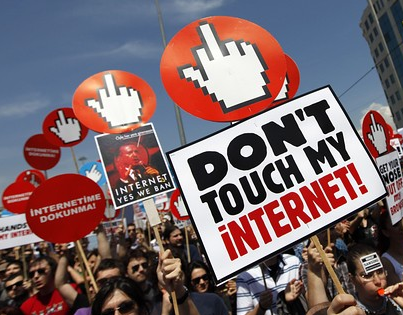 Today, the European Union and 22 member states signed the Anti-Counterfeiting Trade Agreement (ACTA), Japan’s Ministry of Foreign Affairs announced. They have now joined the US and seven other nations that signed the treaty last October.

This signing ceremony merely formalized the EU’s adoption of ACTA last month, during a completely unrelated meeting on agriculture and fisheries, reports TechDirt.

Though initiated by the US, Japan is the official depository of the treaty.

Removal of the Three Strikes clause, in which users accused of three counts of piracy would be barred from the internet, paved the way for the EU to adopt ACTA last month.

Related to ACTA, a chapter in the Trans Pacific Partnership Agreement (TPP) “would have state signatories adopt even more restrictive copyright measures than ACTA,” reports the Electronic Frontier Foundation.

Both ACTA and TPP were developed without public input and outside international trade groups, like the World Trade Organization and the Organization for Economic Cooperation and Development.

Leaked cables published by WikiLeaks in 2009 exposed early drafts of ACTA, resulting in a firestorm of controversy. Those cables, coupled with later releases, showed that ACTA negotiations began in 2006 and were controversial even to participating states.  An historical summary of the treaty’s progress through December can be found here.

Like PIPA and SOPA, two domestic internet censorship bills that prompted major websites to blacken their name or website in a Jan. 18th protest, ACTA allows accusers of copyright infringement to bypass judicial review.  Lack of “due process” makes these bills and ACTA unconstitutional and violates the Magna Carta, a charter signed in 1215 on which most Western law is based, including the US Constitution.  It is often cited as the most important legal document in the history of democracy.

(The USA PATRIOT Acts, Obama’s assassination program, and the National Defense Authorization Act that allows indefinite detention are among many recent laws passed in the US which directly breach the Magna Carta.)

The Fifth Amendment says to the federal government that no one shall be ‘deprived of life, liberty or property without due process of law.’ The Fourteenth Amendment, ratified in 1868, uses the same eleven words, called the Due Process Clause, to describe a legal obligation of all states. These words have as their central promise an assurance that all levels of American government must operate within the law (‘legality’) and provide fair procedures.

Not only due process, but US adoption of ACTA also violates Article II, Section 2 of the U.S. Constitution, which provides that the president “shall have Power, by and with the Advice and Consent of the Senate, to make Treaties, provided two-thirds of the Senators present concur.”

The Senate never voted on ACTA.

The bill’s wording is wide open to pursue American sites. Just one example: when describing an infringing site, it starts with those ‘that are accessed through a non-domestic domain name,’ but continues in section (8)(A)(ii) for any site that ‘conducts business directed to residents of the United States.’

As this slew of internet censorship bills and treaties make their way into law, “the United States fell 27 places on the Reporters Without Borders tenth annual Press Freedom Index of 2011 to 47th overall,” reports Activist Post.

Though involved in early ACTA negotiations, Switzerland and Mexico have not yet ratified it.  However, “Since the agreement remains open to signature until May 2013, it is possible that other states may make a move to join it as well,” said Maira Sutton of EFF.

Rady Ananda is an investigative reporter and researcher in the areas of health, environment, politics, and civil liberties.  Her two websites, Food Freedom and COTO Report are essential reading.