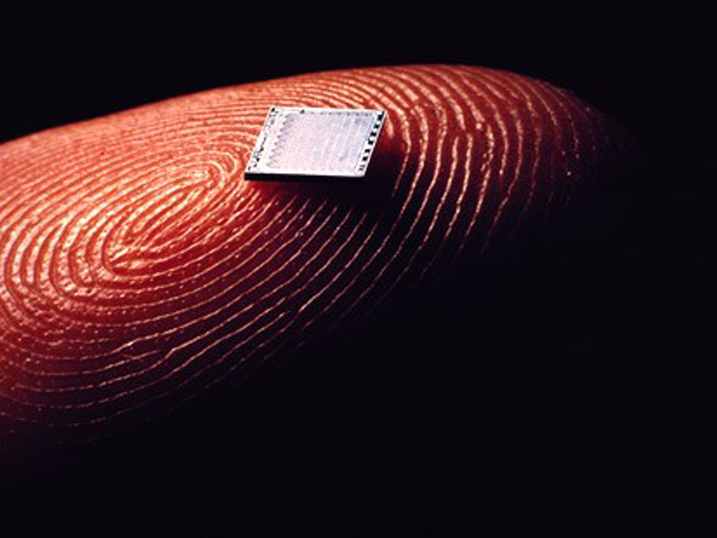 Imagine a world where the government monitors everything you eat and drink, and makes sure you take all your pharmaceutical drugs by feeding you an edible microchip that transmits this compliance information remotely to authorities. Such a world is almost a reality, as a California-based biotechnology company is about to unveil an edible microchip tracking device in the UK that monitors patients’ compliance with prescribed drug regimes, and sends this information to family members and caretakers.

The UK’s Independent says Proteus Biomedical, the company responsible for making the edible microchip, has formed a commercial partnership with Lloyds pharmacy, a UK pharmacy and healthcare provider, to begin selling the tiny chips to patients by year’s end. Smaller than a grain of sand, the tiny chip will monitor which drug pills are taken, and electronically send this information to patches worn on patients’ arms. The patches will then send the information to the mobile phones of patients’ relatives and physicians.

The chips are reportedly made of “ingredients commonly found in food,” and are layered with copper, magnesium, and silicon components. When consumed along with pharmaceutical drugs, these chips are activated by stomach acids, which causes them to generate electric currents marked with specific signatures that match the drugs taken. When the process is complete, parties receiving the information will know whether or not patients took their medications, and at what time they took them.

Natural News first announced the unveiling of this “smart pill” microchip tracking technology back in 2010, which came as a surprise to many readers. We noted that Novartis AG, the drug company that first went public with its intentions to license the technology, did not even plan to conduct clinical trials on the technology to prove its safety and efficacy (http://www.naturalnews.com/030341_microchips_drugs.html).

Like they often do with technology that is unproven and that threatens privacy, advocates of the microchips say they will help improve the efficacy of drug treatments by ensuring that drugs are taken at the right times, and in the “correct” amounts. But what these advocates fail to note is how the technology can, and likely will, be abused down the road to enforce compliance with totalitarian government drug mandates, including vaccine mandates (http://www.naturalnews.com/033986_RFID_chips_remote_kill.html).

Time will tell if Brits accept the technology, and whether or not they are willing to shell out their own cash to pay for the microchips themselves. Reports indicate that the technology, at least initially, will not be covered by the UK’s National Health Service (NHS).