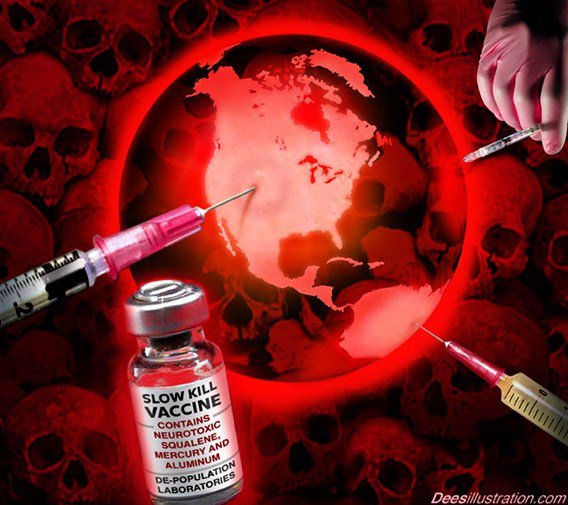 We are in the “Age of Aluminum”, this according to a lecture by Dr. Chris Exley, PhD at a January 2011 vaccine safety conference in Jamaica. A common expression among those who deflect aluminum’s toxicity issues is that aluminum is prominent throughout the earth’s crust. What they fail to mention is that aluminum (Al) wasn’t widely bioavailable to humans until the latter part of the 19th Century when it began to be mined for creating metals and medicines.

Now we have aluminum appearing in cookware, wrapping foils, beverage and food containers, underarm deodorants, tobacco, over the counter (OTC) and prescribed medicines, and as adjuvants in vaccines. Al is highly reactive with other chemicals and creates antigens to stimulate immune system antibody responses in vaccines. But the mechanics of these reactions are not understood by Big Pharma.

Dr. Exley, has been focused on aluminum biochemical mechanics for two decades, and doesn’t claim to know all the answers. But he knows how wrong those who do claim to have all the answers are, and they are among the ranks of Al toxicity danger naysayers and the vaccine industry.

We all have some level of Al in us with which are bodies are coping. The tissues most prone to collecting and storing aluminum are those tissues with a slow cellular turnover. Cells die off and regenerate quickly on the skin, but not so quickly in bone matter, heart tissue and the brain. Those last three organs that don’t have a rapid cellular turnover are most prone to collecting and storing Al. 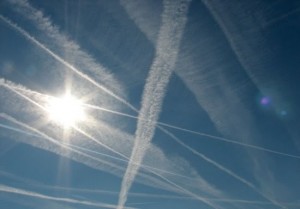 Yes, the brain stores quite a of bit Al. And that’s where MS, chronic fatigue syndromes, epilepsy, ADD, Alzheimer’s, Guilliane-Barre’ syndrome (a common post vaccination injury) and other neurological disorders manifest. Aluminum compounds that are injected bypass the liver and kidneys and tend to remain in slow cellular replacing tissues.

Non-ingested Al also includes smoking tobacco or marijuana, applied sunscreens and cosmetics and chemtrails. All vaccinations contain Al. Claiming they’re safe without mercury, as some A1 proponents do, is incorrect. Exley also mentioned that most vaccines contain some iron — iron combined with aluminum creates a highly biochemically-reactive compound.

Chemtrails are not contrails. They are real. All samples collected worldwide contained aluminum and more (http://www.naturalnews.com/032572_chemtrails_health.html).

In the last 100 years, we have managed to increase the Al body burden considerably. The threshold for Al toxicity varies. But the incredible increase in neurological disorders during this “Age of Aluminum” demonstrates the need for eliminating it from our bodies as much as possible.

Dr. Exley mentions one agent that pushes out stored Al from our bodies: High silica content mineral water. He mentioned two brands, Volvic, which is sold at various Whole Food and Trader Joe stores, and Spritzer, which is harder to find.

He and his team of researchers have tested the urine to prove high silica content mineral waters do the trick. He even presented anecdotal evidence of Gardasil adverse-reaction victims improving after a few months of drinking this type of water. He recommends drinking a liter a day to reduce your aluminum body burden.

But that water’s a little pricey. You can order an inexpensive pound of horsetail herbs and make teas and tinctures to accommodate a less expendable budget. Making tinctures is easy (http://www.naturalnews.com/032298_herbs_tinctures.html). Organic cucumbers are high in silica also and provide yet another alternative.

As long as there pockets of Al stored in our bodies, the potential for passing the threshold of absolute toxicity exists. Reducing the Al burden is vital for optimum health even when you manage to avoid the most common sources.

Leave a Reply to Why the Pineal Gland and Mental Health are Most Important in These Times - Waking Times : Waking Times Cancel reply