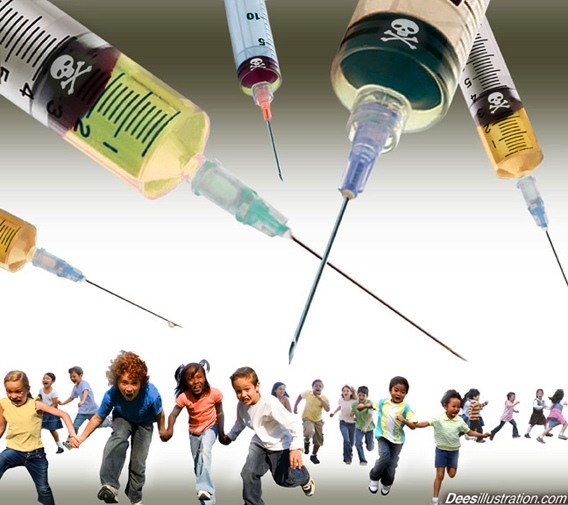 When science is biased and works to comply with a certain agenda, the research can be confusing at best. Such is the case with the most recent attempt to divert attention from early childhood vaccinations as a causal factor for autism.

The study was conducted at UC Davis and its findings were published in a late 2011 issue of the Proceedings of the National Academy of Sciencesas “Brain enlargement is associated with regression in preschool-age boys with autism spectrum disorders.” Making sure this study’s vague conclusions got some public attention to help muddy the waters of vaccinations and autism, a summary of the journal’s report was published in the health sections of several mainstream outlets. The stated theme was that this study added to the growing evidence that autism has “roots in different biological underpinnings” and “other subtypes of autism will be more closely associated with immunological differences or genetic alterations.”

The recent study divided autism into regressive and non-regressive. Non-regressive autism is early onset autism. Not much has been developed with language and motor skills, so there is not as much “regression” as with one who has started speaking and walking. The study was comprised of 180 children from two to four years of age, mostly around three years old. Almost one-third had suffered non-regressive (early onset) autism, and slightly over one-third had suffered regressive autism; one-third of the subjects, who were not autistic, comprised the control group.

But there were a few non-autistic kids with larger brains too! All the larger brained autistic children were boys; none were girls. These facts should be flies in the ointment for such a small study. The number of autistic kids was only 114.

Muddying the waters for the vaccination factor with autism

This research group got a substantial grant for research, radiated almost 180 children’s brains, and implied that vaccines are not a causal factor for autism, while not even taking vaccinations into account for each child statistically.

One line in the study’s paper commented that since regression often begins at four months of age it “calls into question the association of pediatric vaccinations … in particular the … MMR.”

Heidi Stevenson, in her late November 2011 “Gaia Health Blog,” debunks that statement as an effort to misdirect attention from the fact that several other vaccinations are given from two months of age or earlier. She refers to the CDC recommended child vaccine schedule to show vaccinations start as early (or earlier) than two months of age.

Heidi points out that what is being observed is brain swelling from inflammation, or encephalitis, and its growth corresponds with administered vaccinations. Her bottom line: “If this study is valid, it documents a pattern of encephalitis that suspiciously parallels the implementation of the vaccine schedule in young children.”

Many experts, including author and neurosurgeon Dr. Russell Blaylock, have indicated that vaccinations routinely cause inflammation. And infants have undeveloped immune systems, which lack sufficient blood brain barrier protection.