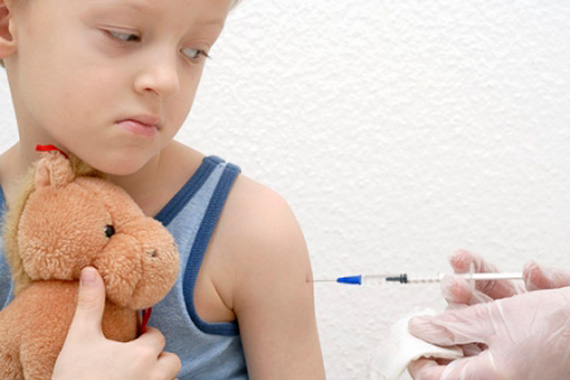 In Australia, parents receive $726 per child as Family Tax Benefit (FTB) at year’s end. In order to receive those benefits now, parents will have to provide proof of vaccinations for each child at one, two, and five years of age. So if a parent refuses to consent to their child’s vaccinations to the full schedule, that family would be minus $2,178.

Already, non-vaccinating families were prohibited from child care benefits and rebates. The benefits program offered assistance to lower income families. Rebates are available for any income level family to pay half of out of pocket children’s annual medical expenses up to a maximum $7500.

This latest ruling replaces the bribe of $129 for meeting the full vaccination schedule at the ages of two and five. The bribe and the two benefit restrictions seemed to have worked with most parents. Yet, the government is not satisfied with this high percentage.

This last financial blackmail mandate comes at the same time the childhood vaccination schedule was made more severe. The MMR (measles, mumps, rubella) three in one shot will be a four in one with a chickenpox vaccine added. And it will be administered at 18 months instead of the MMR’s previous schedule at four years of age.

So 89% of Australian children have received all their required vaccinations by age five, and a quick survey poll in Australia’s Herald Sunshows 60% favor penalizing parents who don’t fully vaccinate their kids. Is Australia setting the pace for a world of “vaccine zombies”? (http://www.naturalnews.tv/v.asp?v=6…).

Convincing concerned citizens that diseases are stopped only by vaccinating 90% of a given population is a major guilt producer among vaccine advocates. It serves to ostracize those who do not wish to be vaccinated and make them feel guilty for refusing. And it’s bogus on at least three points.

The first point is that there have been several instances, internationally, of measles and mumps outbreaks within schools or other groups that were vaccinated against them at or over 90%. Here’s one example. (http://www.naturalnews.com/028142_m…).

The second point is this: If vaccines truly immunize, what is there to worry about? It would seem that a vaccinated child should remain unharmed among kids with any disease for which he or she has been vaccinated. But in fact, the reverse is often the case.

A child vaccinated with attenuated live viruses may shed some of those viruses for up to 20 days. That child becomes an unwitting virtual virus bomb terrorist! In 1976, Jonas Salk the creator of the original polio vaccine with killed virus strains, testified that a live virus oral polio vaccine had been the source of most polio occurrences since 1961.

Thirdly, in 1976 USA President Gerald Ford publicly launched a Swine Flu vaccination program and took a jab (really?) on camera. That year’s swine flu epidemic scare was based mostly on one soldier who had dropped dead during a forced march while he was flu ridden.

Several thousand Americans took FDA and CDC advice and got vaccinated to “stop the swine flu from spreading.” There were so many adverse reactions, including Guillain-Barre syndrome, that the vaccination program had to be halted, leaving most Americans without the vaccination.

Yet, the swine flu did not spread to the millions of those not vaccinated after the “immunization” program was halted in 1976.