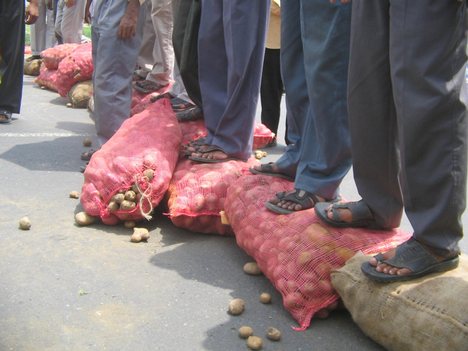 Europeans have made it abundantly clear time and time again that they want nothing to do with genetically-modified organisms (GMOs). But chemical giant BASF refuses to take no for an answer, and is once again pushing for EU approval of a “Frankenpotato” known as Fortuna that, if approved, would represent the EU’s second new legalized GMO in more than a decade.

Unlike most Americans, Europeans generally take a keen interest in the integrity of their food supply, and are very outspoken against government actions that promote tampering with it. This is a big reason why GMOs have to be properly labeled throughout Europe, and why most recent attempts to legalize more “Frankencrops” in the EU have failed.

But the EU Commission is gradually easing up to the idea of approving more GMOs, despite widespread public opposition. Last year, for instance, BASF fought hard to gain EU approval for Amflora, another GM potato designed for making industrial-use starch, and the company succeeded.

Though more than a million Europeans signed a petition to block Amflora’s approval, it was eventually forced through without proper independent studies verifying safety. In response, activists in Sweden created a human shield at the BASF facility where Amflora was to be planted (http://www.naturalnews.com/032544_B…).

But approval of BASF’s Fortuna would mark an even worse GMO milestone in Europe than Amflora. Unlike Amflora, Fortuna is intended to be sold directly to consumers. And thanks to the EU’s new “streamlined” approval process for GM crops, as well as the compromise of its zero-tolerance policy against GMO contamination, Fortuna’s approval could be ramrodded through as well (http://www.naturalnews.com/031977_G…).

BASF claims it could get Fortuna, which is alleged to resist late blight, to market as soon as 2014. The European public, though, is unlikely to stand for it. Should the EU Commission decide to approve Fortuna without proper safety analysis like it did for Amflora, the outrage is sure to be vast and vehement.

“Blight is a serious problem for farmers, but we should not focus on technical short-term fixes that create new environmental risks, increase farmers dependence on multinational companies and reduce genetic diversity,” says Greenpeace EU agriculture policy adviser Stefanie Hundsdorfer. “To the contrary, we should put our resources into sustainable ways to tackle blight, such as crop rotation and conventional breeding of potatoes.”