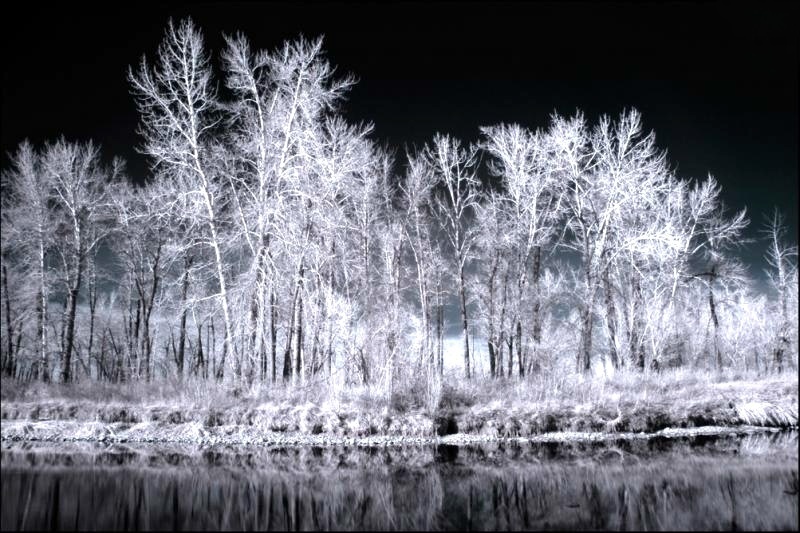 Last year in the U.K., winter started quickly, with snow reaching as far south as London in November. This was a dramatic contrast to typical winters; Londoners typically don’t see much snow. However last year, many locations had close to 300 mm (a foot) or more of snow. AccuWeather  Senior Meteorologist  Alan Reppert expects that precipitation totals will be close to normal this year for London. On average, the city gets around 140 mm (5.5 inches) of precipitation.

London won’t be having a white winter. This year, London will have its share of precipitation, but temperatures will be warm enough that it should fall as rain. Rain will also fall farther north of the city, through northern England, and Scotland will get snow. As for cold, Londoners will get a break from the bitterness they experienced last year. In December 2010, London temperatures were 4.2 degrees C (7.5 degrees F) below normal. This year, temperatures will hover around normal, around 5.6 degrees C (42 degrees F). 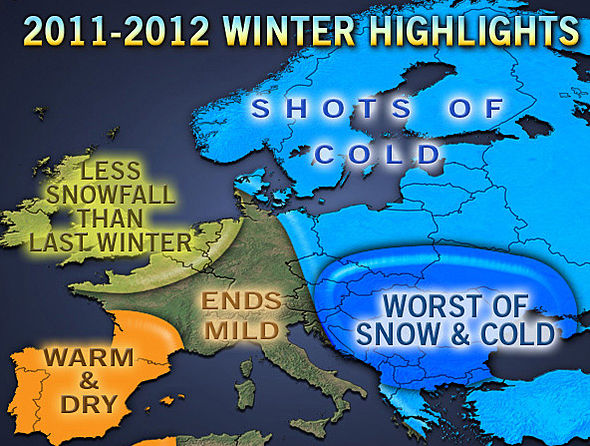 France should have a typical start to winter, with temperatures averaging around 5 to 7 degrees C (low 40s F). Later in the season, the weather will get warmer and drier, such as in much of the rest of Europe. This will keep most of the Pyrenees mountains dry.

The summer’s drought and warm weather will continue on the Iberian Peninsula. The dry weather raises concern over wildfires because any storms that move into the north over the winter could bring some stronger winds and more fire problems.

Germany can expect a mundane winter. There will be mainly rain close to the coast and snow in most of central and southern areas.

Early in the season, the temperatures will be close to normal or slightly below the normal of 0 degrees C (32 degrees F). By the end of winter, milder weather will push in from the south, bringing temperatures up as spring approaches. 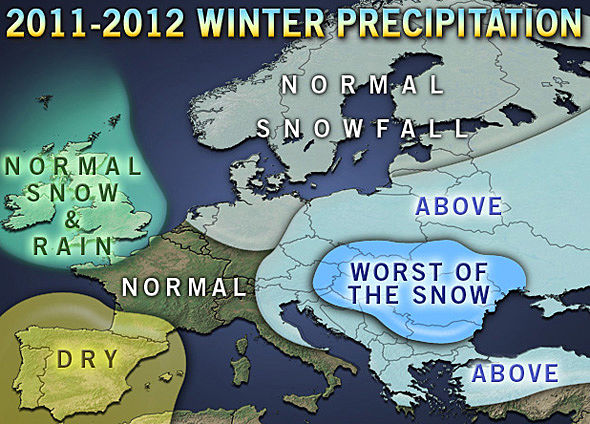 The winter sport season will start strong in the Alps in northern Italy and for some of the Apennines in central areas. The mountains will get heavy, above-average snowfall early in the season. Mild weather will raise temperatures later in the season, and snowfall will be diminished at lower elevations. Even some of the snowiest mountains in the Alps won’t get much snow in the second half of winter.

Higher elevations from Italy through the Black Sea could get above-normal snowfall with the cooler, wetter pattern expected. As for lower elevations in Italy, Reppert expects to have normal or above-normal temperatures, with a dry end to winter.

Last year, temperatures in southeastern Europe were well above normal. This kept most of the snow out of the mountains of Greece and the higher elevations of the countries of southern Europe. This year, however, colder weather will bring snowier weather.

This year’s wet weather will be similar to last year’s wet weather in the vicinity of Athens, Greece. Athens doubled its normal rainfall of 170 mm (6.7 inches) between December 2010 and February 2011. In 2010, the city was drenched, with 150-200 percent of its normal annual rainfall. While precipitation will likely still be above normal for rainfall and snowfall, totals will fall short of last year’s extremes. 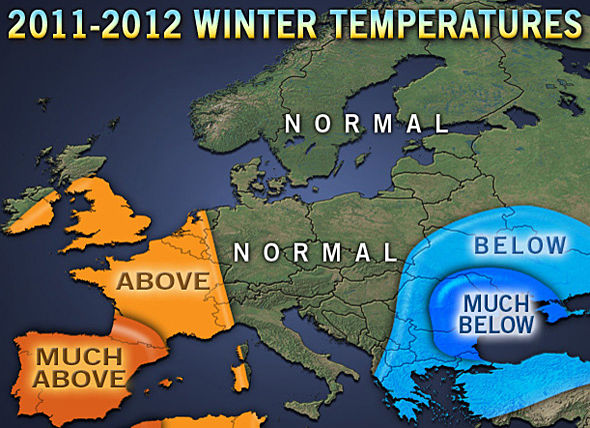 From Poland into western Russia, expect slightly warmer temperatures. The warm air will cut down on snowfall early in the season. However, Reppert said he expects a few storms to come through from the middle of the season on that produce snow, likely bringing totals up to normal.