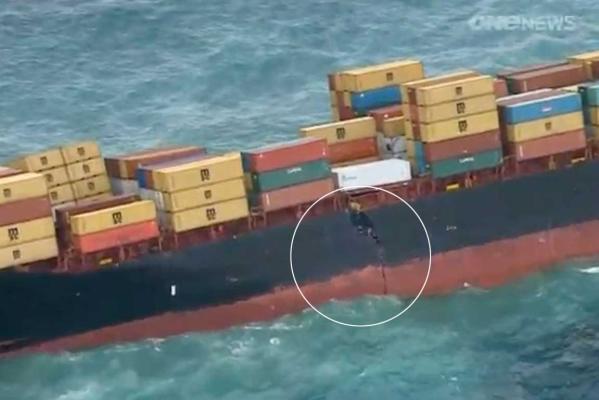 A deliberate decision was made to change the course of the container ship Rena to head it smack on to the Astrolabe Reef an hour before it grounded, a marine expert says.

An internationally recognised marine risk expert has plotted the fateful final hours of the ship’s course using data transmitted by the ship’s own instruments.

The Dominion Post has obtained charts made by a Wellington-based senior partner in Marico Marine, John Riding, who said if someone looked at the ship’s charts after changing course the reef would be “staring them in the face”.

“They have deviated from their planned course, and a watch keeper would not have a reason to make a decision to deviate,” Mr Riding said.

“You can see they’ve made that managed change of course and kept everything steady.”

The charts Mr Riding made of the Rena’s course and speed were made using specialist technology and software developed by Marico Marine. The technology receives coded transponder transmissions that the ship’s own instruments must transmit. stuff.co.nz

Oil from the stricken ship Rena has killed at least 1000 birds with wildlife experts fearing the casualty list will grow.

The high death toll was having a serious effect on workers at the makeshift wildlife centre outside Tauranga, with those in charge considering bringing in a counsellor to help people.

“It’s not something we can ever prepare ourselves for,” Conayne said. stuff.co.nz

Leave a Reply to Kyungtse Dawa on Facebook Cancel reply