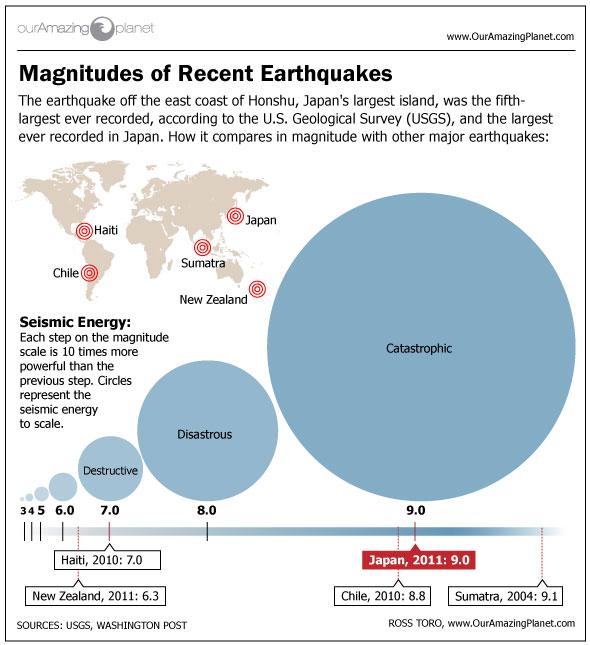 The devastating earthquake that struck Japan this year may have rattled the highest layer of the atmosphere even before it shook the Earth, a discovery that one day could be used to provide warnings of giant quakes, scientists find.

The magnitude 9.0 quake that struck off the coast of Tohoku in Japan in March ushered in what might be the world’s first complex megadisaster as it unleashed a catastrophic tsunami and set off microquakes and tremors around the globe.

Scientists recently found the surface motions and tsunamis this earthquake generated also triggered waves in the sky. These waves reached all the way to the ionosphere, one of the highest layers of the Earth’s atmosphere.

Now geodesist and geophysicist Kosuke Heki at Hokkaido University in Japan reports the Tohoku quake also may have generated ripples in the ionosphere before the quake struck.

Disruptions of the electrically charged particles in the ionosphere lead to anomalies in radio signals between global positioning system satellites and ground receivers, data that scientists can measure. Heki analyzed data from more than 1,000 GPS receivers in Japan. He discovered a rise of approximately 8 percent in the total electron content in the ionosphere above the area hit by the earthquake about 40 minutes before the temblor. This increase was greatest about the epicenter and diminished with distance away from it.

The anomaly is currently seen before earthquakes only with magnitudes of about 8.5 or larger. Still, if researchers can detect what specifically causes this ionospheric phenomenon, it also might be possible to detect precursory phenomena for smaller earthquakes.

The ionosphere is highly variable — for instance, solar storms can trigger large changes in total electron content there. Before researchers could develop an early-warning system for earthquakes based on ionospheric anomalies, they would have to rule out non-earthquake causes. (OurAmazingPlanet) 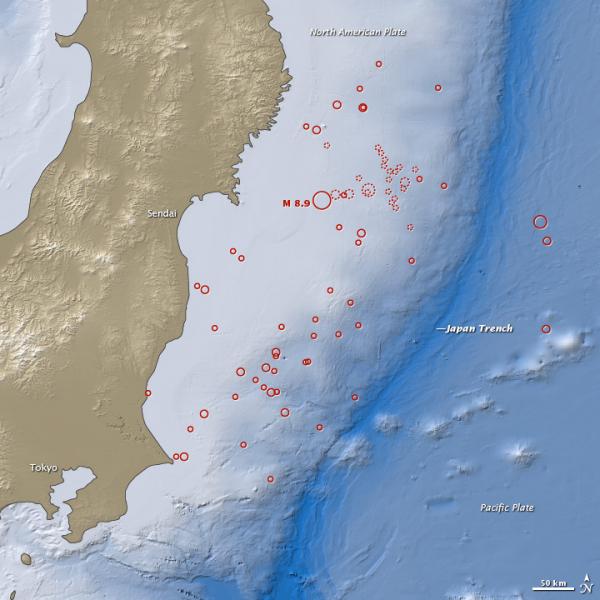 Investigators measured these disruptions, called seismotraveling ionospheric disturbances, using about 1,000 global positioning system (GPS) receivers in Japan and Taiwan. Disruptions of the electrically charged particles in the ionosphere would lead to anomalies in radio signals between the ground receivers and the GPS satellites, data that scientists can measure.

Scientists detected a disc-shaped rise in electron density in the ionosphere about seven minutes after the earthquake. Concentric waves of fluctuating electron density then flowed out in the ionosphere from this disk at speeds of about 450 to 500 mph (720 to 800 kph). All in all, this disruption was about three times greater than the next largest one ever seen, which came after the 2004 magnitude 9.3 Sumatra earthquake. The ripples that flowed from the initial disc-shaped disturbance in the ionosphere appear to be linked to the tsunami, a connection that has the potential to save lives.

One important question in determining how much of a warning his phenomenon might provide is: “Is there any detectable precursor in the status of the ionosphere before this disturbance is actually observed?” said atmospheric physicist Gaopeng Lu at Duke University, who did not take part in this study. “In that way, we might be able to predict the occurrence of earthquakes.” (OurAmazingPlanet)

Liu and his colleagues detailed their findings online June 28 in the Journal of Geophysical Research-Space Physics.